Poland offers much to those who venture beyond the continent's more traditional touristic destinations. Poland has more than a thousand years of heritage to explore, including an abundance of World War II history. 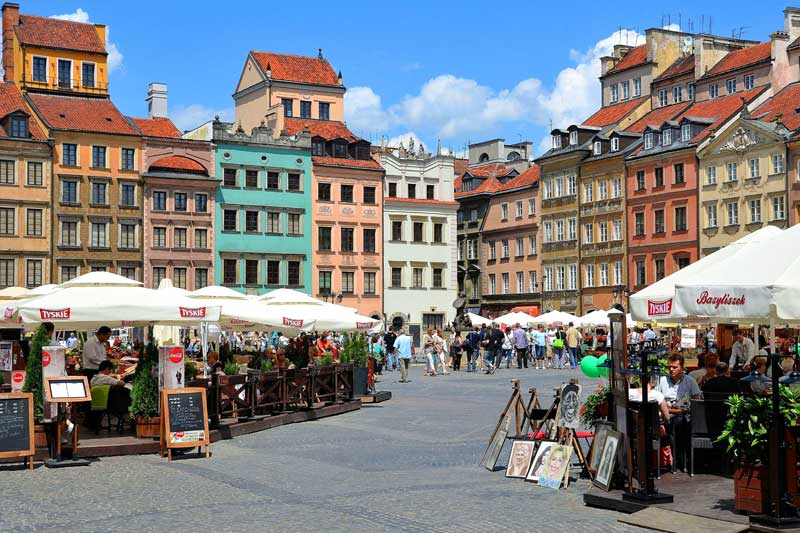 Things to know before visit Poland

Poland has a temperate climate with cold winters and warm summers. The temperatures in summers range around 25° to 35° Celsius while the winters drop down to below zero. Summers last from June to August while winters are from November to March.

The capital city of Poland, it is also the largest city. It is the epicenter of politics, economics and culture in the country and has a deep rooted history. It is Infact, the perfect melange of historic opulence, seen in its churches, palaces and museums as well as modern attractions including Warsaw Zoo, Heaven of Copernicus and Multimedia Fountain Park. The city was completely destroyed in WWII but now the Old town is restored. Spend time walking through cobbled streets, sitting at charming cafes and visiting old royal residences. A must visit is the Museum of the History of Polish Jews giving the 1000 year history of the country.

The main seaport in Poland, Gdansk was found in 10th century. Earlier it was a part of Germany but after World War II it became an integral part of Poland. The city has seen a lot of destruction and devastation during the war but today, it is completely restored and culturally vibrant. Some of the must-see places here are the Old Town, St. Mary church, the largest brick church in the world and Neptune Fountain, a 17th century fountain which is the symbol of the city.

Known as the cultural capital of Poland, Krakow has seen a lot of blood shed and gore during the WWII. The city is hence, steeped in history that is visible through its Jewish quarter and the Old Town (a UNESCO World Heritage Site), which are also architectural wonders. The former Wawel Castle, Sukiennice (Cloth Hall) and the market square are some of the iconic places in Krakow. It is also a treasure trove of Polish Art Nouveau masterpieces. A visit to the the art galleries of Kazimierz, the former Jewish District are quite delightful for art lovers. Day trips to Auschwitz and the Wieliczka Salt Mine are quite popular as well.

An ancient city built in the medieval period, Wroclaw is renowned for its beautiful architecture seen in its alt Market Square, Centennial Hall ( a UNESCO World Heritage Site) and the St Mary Magdalene Church. Some other places of interest are Old Town Hall, St, Elizabeth’s Church and the zoo. .

Often referred to as the Cannes of Poland, Sopot, is a bustling beach hub that was the get-away for the rich and famous for centuries. Its sparking beaches and upmarket resorts give it a luxurious touch. It is a great place to relax and unwind. A must visit is the iconic wooden Pier (the longest in Europe), Forest Opera and the Monte Casino Street.

Electricity: While traveling to Poland it is advisable to carry an international power plug adapter with multiple plug sockets. The standard voltage is at 220-240V. The standard sockets are circular, two-pronged ones.