From historical towns and cities, to a countryside speckled with castles and chateaus, the Czech Republic is a holiday destination that can satisfy everybody's taste. Even though it's modern and fully-developed, the country carefully preserves its traditions and heritage. The city of Prague, with its breathtaking architecture, vibrant art and culture scene, and bustling nightlife,The scenic countryside features numerous national parks and nature reserves perfect for hiking, cycling, golfing, and enjoying the natural beauty 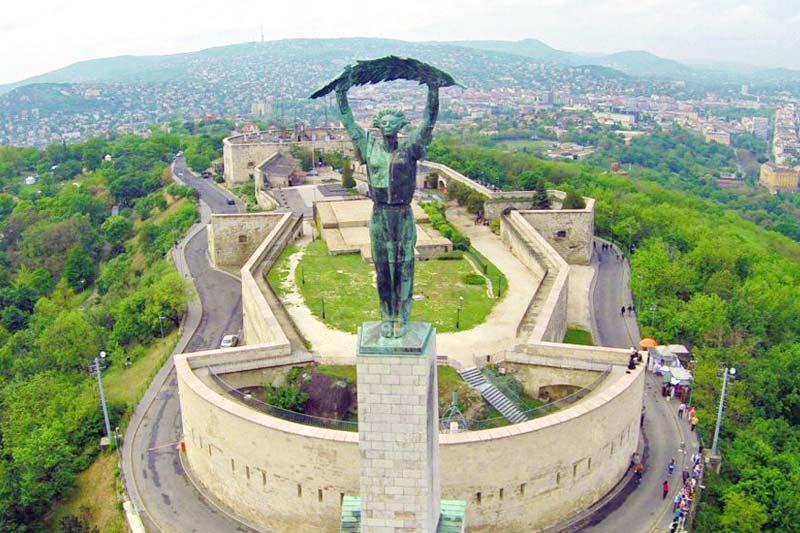 Czech Republic experiences summer between June and August while winters begin from November to February. In the summers, temperatures soar and there is heavy rainfall while winters get extremely cold with snowfall in almost all parts of the country. Spring lies between March and May with rains.

The capital city of Czech Republic, Prague is a medieval town with the old world as well as the comforts of a modern city. A must visit is the 10th century, Prague Castle, home to Eastern European history of over 1000 years. A fine mix of architecture is visible in every building you see in Prague- Gothic to Baroque and Medieval. Called, the City of a Hundred Spires, it is famous for its charming Old Town with beautiful monuments and artistic facades. Its best to explore this town on foot, meandering through cobbled streets and intimate cafes.

This medieval town is like a fairy tale come alive with its cobbled streets, red roofed buildings, beautiful bridges over narrow water rivulets and a moat with black forest bears. A UNESCO site, this town is an hour’s drive from Prague and a beautiful place to spend the day to unearth 13th century relics and architectural history of the country..

Located in Eastern Bohemia, the stunning Bohemian Paradise is a natural haven renowned for its rock formations. A UNESCO Geopark, it is a great place for hikers and trekkers to see the country’s raw beauty with natural bridges, spectacular sandstone hills and tall basalt columns. There are many old castles including Kost Castle and Trosky Castle to explore while hiking or driving by.

Castle Karlstejn is an imposing monument about an hour away from Prague just above the the verdant Czech valley. A monument to remember the Charles IV, the Holy Roman Emperor, it takes you back in time of glory and grandeur. It has Gothic array of gatehouses and turrets leading to the Big Tower and Chapel of the Holy Cross, where once Royal Jewels and the imperial regalia of the kings were adorned. Once on top of the castle you get stunning views of the undulating hills of Bohemia- a sight to behold!

A royal retreat town, Karlovy Vary is one of the most beautiful destination’s in the whole of Bohemia, dating back to the 14th century. It is called the spa town and is famous for its thermal springs. The riverside spa district has many colonnades with 19th-century spa architecture. The modern Hot Spring Colonnade has the Pramen Vřídlo geyser spouting 12 meters high- a must visit!

Electricity:While traveling to Czech Republic it is advisable to carry an international power plug adapter. The standard voltage is at 230V. Sockets can accept round plugs with two pins.