Kingdom of Bhutan is a landlocked nation in South Asia. It is located amid the eastern end of the Himalaya Mountains and is bordered to the south, east and west by India and to the north by Tibet. Bhutan was once one of the most isolated nations in the world but, have increasingly opened its doors to the world. Yet, Bhutan takes great measures to preserve the nation's traditional culture, identity and the environment. The landscape ranges from subtropical plains in the south to the Himalayan heights in the north, an outstanding destination for the adventure or spiritually minded. 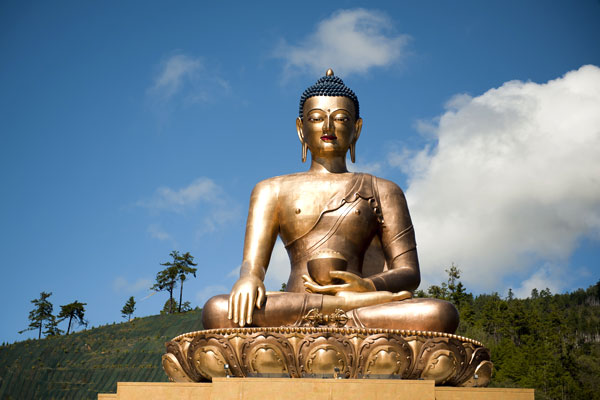 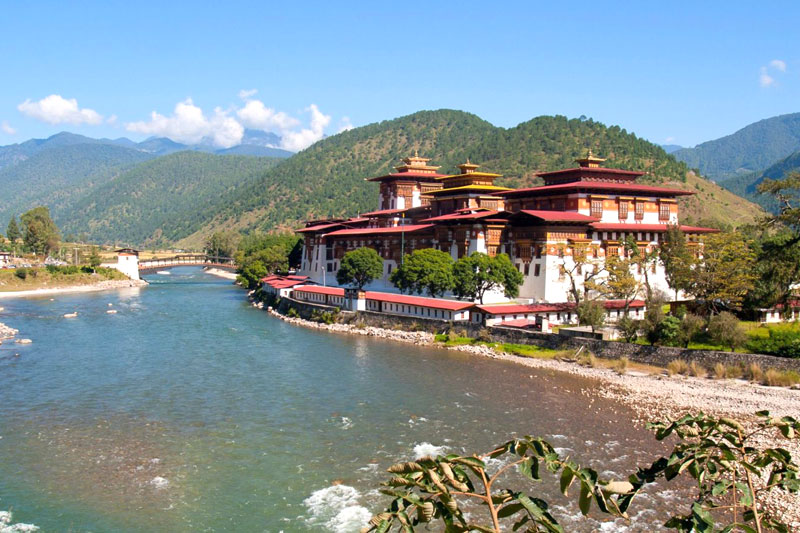 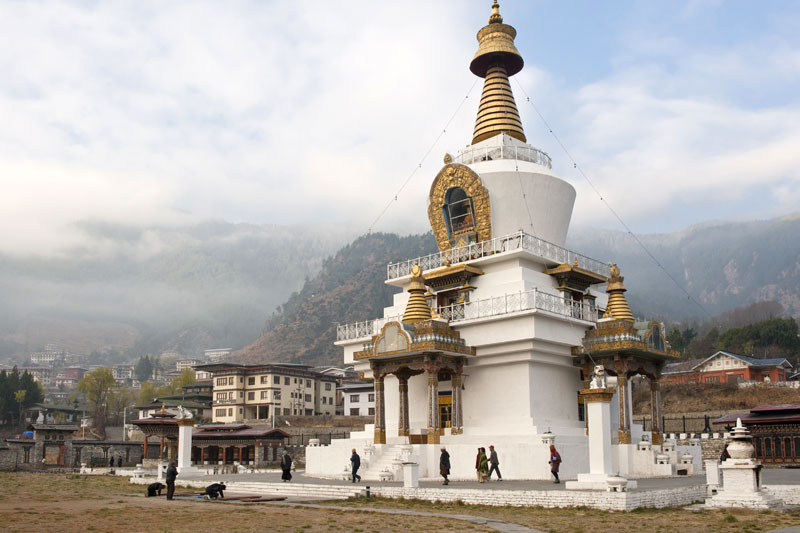 Things to know before visit Bhutan

In Bhutan, weather is majorly dependent on the season and the altitude of the place. In the mountainous regions temperatures drop down to 0°C in peak winters and reach about 10 °C in summers. There is continuous snowfall in these regions as well. While the rest of the country has a lot of rainfall.

The capital city of Bhutan, Thimphu is popular for its Buddhist monasteries. It has a fine blend of modernity and tradition visible through its ancient art and culture that has been kept alive even today and the colorful monasteries. While in Thimphu definitely visit the Memorial Chorten, Simtokha Dzong, the Folk Heritage Museum and Trashichhoe dzong ( a fortress) and Changangkha Lhakhang. There are many excursions that take off from Thimphu to Tango Goemba, Cheri Goemba, Phajoding Goemba and Lungchuzekha Goemba. You could take on one of them to experience the iridescent surroundings of the place.

Border town of Bhutan, Phuntsholing, is the entry point for the country. It is located in the foothills of the grand Himalayas and is the second largest town in the country. While in this bustling town, you should visit Zangtho Pelri Lhakhang, a temple of Guru Rinpoche and Kharbandi Goemba , a beautiful monastery with paintings of Buddha’s life. You can get a great view of the town and also the surrounding plains from the monastery garden.

Dochula pass offers a panoramic view of the Himalayan mountain range with snow-capped mountains forming a stunning backdrop to the 108 chortens around it. It is the highest motorable point of Thimphu located at 3100 mt. The pass has become both a historical and religious site with the chortens built to commemorate the brave soldiers who sacrificed their lives in 2003. This pass is also a spiritual place as the Druk Wangyal Lhakhang temple is located here. Its structure depicts a story of a brave warrior.

The beautiful valley town of Paro embodies rich culture, picturesque surroundings and some of the oldest temples and monasteries in Bhutan. Some of the places of interest in this quaint town are Rinpung Dzong, Ta Dzong ( a watch tower), Drukgyel Dzong, Kyichu Lhakhang ( one of the oldest shrines in Bhutan dating back to the 7th century) and Druk Choeding.

Renowned for a 17th-century fortress, Punakha is a small town located in the Himalayan mountain range in Bhutan. It is located strategically at the meeting point of ho Chhu and Mo Chhu rivers and played a pivotal role in Bhutan’s history. A must see while in Punakha is the Punakha Tshechu, a religious festival with local dance and music. There are many excursions also that you can undertake from Punakha to Talo village, Punakha Ritsha Village Sangchhen Dorji Lhuendrup Lhakhang Nunnery, Chimi Lhakhang and Khamsum Yulley Namgyal Chorten

Electricity: While traveling to Bhutan it is advisable to carry an international power plug adapter. The standard voltage is 220 V with a type C or D plug socket.