The Coffee Land And The Pristine Sea Of Tayrona -12 Days

Arrival to El Dorado airport in Bogotá on an intercontinental flight. Reception and transfer to the hotel.

Enjoy a half day visit to the historic centre of Bogota known as La Candelaria. This archaic suburb has great significance in the country´s history due to its cultural heritage and is also a great example of Spanish colonial time architecture. Visit the main square Plaza de Bolivar, where a statue of the great emancipator Simon Bolivar is located. The plaza, originally called the Plaza Mayor, was used for civil and military purposes such as a marketplace, a bullring and it was also the place where many executions were held. The Cathedral, on the eastern side of the plaza, is constructed on the same spot where the first church was built in Bogotá in 1539 and houses an important collection of religious artifacts such as textiles and artworks, collection that has been built over four centuries. The Capilla del Sagrario is located just beside the Cathedral and is a gem of religious architecture, it houses valuable pieces of colonial religious art by Gregorio Vasquez de Arce y Ceballos.
The Capitol, built between 1847 and 1926, shows its renaissance and neoclassical influences with its carved stonework and tall columns and, it was the first example of republican civil architecture. The central area of the Capitol, known as the Elliptic Hall, is where congress meets and is the actual chamber for politicians and the Senate. In the internal squares are busts of former presidents such as General Tomás Cipriano Mosquera, president over four terms, and Rafael Núñez, the composer of the Colombian National Anthem. Around the Plaza de Bolivar are buildings such as the Palacio de Justicia, the Mayor of Bogotá’s offices called the Edificio Liévano, the oldest school in the county called San Bartolome and the Casa de los Comuneros, named after the leaders that participated towards the end of the XVII Century in some of the first movements towards independence from Spain and the formation of the Republic.
The visit continues with the Botero Museum, a colonial house exhibiting some of Fernando Botero´s works of art and in addition pieces from his own personal collection that includes works by Picasso, Renoir, Dalí Matisse, Monet and Giacometti. Next is the Gold Museum which has a permanent exhibition of some 32,000 pieces of gold, 20,000 stones, ceramics and textiles all precious to the Quimbaya, Calima, Tayrona, Sinu, Muisca, Tolima, Tumaco and Magdalena cultures. The Gold Museum is considered one of the most important museums of its type internationally and it has been operating since 1939. In 2007 it underwent a complete renovation making it possible for visitors to enjoy an interactive experience. The Museum belongs to the International Network of Museums (ICOM). Free afternoon for individual activities (we recommend visiting the city’s various museums).

Breakfast and transfer to the Bogotá Airport for taking a departure flight in the evening to Pereira.
Once upon arrival, transfer to the selected hotel and check in.
Overnight stay.

In the morning leave for the Valle de Cocora which is located in the central mountains of the department of Quindío. This makes part of the Parque Nacional de los Nevados and is the ideal place to marvel at the “Quindian wax palm” (Ceroxylon quincense), the national tree of Colombia. This tree can reach a staggering height of 60m. Around here a great number of species of birds live, in particular some types of hummingbird and the orejíamarillo or the palm parrot (Ognorhynchus icteroti) which is endangered. Upon arrival in the valley, either hiking or on horseback (not included), head into the cloud forest to enjoy the biodiversity of flora and fauna. On the return journey, cross the River Quindío while walking along an ecological pathway which takes one past the tallest wax palms in the world. Learn why the indigenous people here worshipped this tree. Then you can have a typical lunch (not included) and enjoy some free time here.
In the afternoon, continue 10km towards the traditional town of Salento to enjoy a city tour that visits the Plaza de Bolívar with its colorful balconies, the calle real, the handicrafts shops and the Cocora viewpoint.
Then, transfer to the traditional village of Filandia to enjoy a city tour that includes the viewpoint, the colonial homes, the Plaza de Bolivar and the coffee shops. Here, enjoy some time soaking up the regional atmosphere and perhaps some local spirits before returning to the hotel.
Overnight stay.

After breakfast, enjoy a half day visiting the coffee plantations along the steep hills typical of this area. On a secondary pathway view the green carpet of coffee plants that spread out as far as the horizon interrupted only by fincas and heliconia flowers.
Visit to Hacienda San Alberto one of the coffee estates typical of the region and located near the town of Buenavista Quindío. The tour begins with an introductory talk about coffee, its preparation, toasting, the characteristics of quality and the properties that allows for such a variety of coffees in the world. The route continues through the plantations, appreciating the work of the coffee pickers as well as understanding the famous humid coffee that is characteristic of Colombian coffee. Walk through the coffee plantations and learn about the production system in minute detail, including the harvest, the drying to the sun and treatment in this land of volcanic terrain along the Central Andes Mountain Range which has been declared a world Heritage site by UNESCO and that offers the perfect climatic conditions for coffee growing.
At the end, enjoy a coffee tasting session, guided by a Master Taster from “Hacienda San Alberto” who will bring all its coffee knowledge to the table. Start with a brief introduction about coffee history, regions, varieties and general characteristics. After that you will learn about coffee tastes and aromas, some methods of preparation and general recommendations. At the end, you will taste two cups of coffee.
The harvest in Colombia takes around a year, although the main period is between October and May/June. Most of the plantations in Colombia produce Arabica beans which produce a delicate and light tasting coffee which is widely recognized and consumed. The process begins from when the bean is planted and takes approximately 75 days to germination. The seedling is then placed in a plastic bag and placed in partial sunlight until its base dries. Two years after plantation the tree bears its first fruit which is harvested when the bean is red in color and dry and ripe. Once the fruit has been picked, the pulp is stripped away and the bean is cleaned and dried in the sun (the big haciendas now use a special machinery to strip and dry the beans in a short period of time). The beans are exported or dried in preparation for sale, before being ground up and made ready for human consumption.

Breakfast and transfer to the Pereira’s airport for taking a flight to Cartagena vía Bogotá. Once upon arrival, transfer to the selected hotel and check-in. Overnight stay.

After breakfast, start with a panoramic view of the city from the Monasterio and Iglesia de La Popa. Formerly known as the “Popa del Galeon” and famous for resembling the stern of a galleon. Constructed in 1606 this church and monastery are located at a height of 140masl from where one can enjoy 360º views of the city and the sea as well as the port zone, one of the most important in the Caribbean. Continuing to the San Felipe Fortress, erected in honor of the poet from Cartagena, Don Luis Carlos López, made famous for his sonnet “A mi ciudad nativa” It was built on San Lázaro hill to defend the city from pirate attacks. Walk around the fortress and learn how the castle was constructed, the engineering feats, the tunnels, underground galleries and passageways. Then continue on to the Ciudad Vieja (old city) to visit the Convent and Church of San Pedro Claver which was built in the middle of the XVII century and owes its name to the “apóstol de los esclavos”. Lastly, continue to the handicrafts zone of the Bovedas, a collection of archways built into the city wall of Cartagena and that were used until the end of the 1700s to house armaments and then later as a prison in the XIX century. Nowadays it’s an artisan center where one can appreciate local handcraft.
Afternoon at leisure for individual activities.

Morning at leisure for individual activities. We recommend to do a full day tour in Rosario’s archipelago.
Overnight stay.

After breakfast, 5 hour road transfer to the Tayrona National park.
Arrival and check-in in the hotel. Overnight stay.

NOTE: In Playa Koralia lunch and dinner are included.

Day at leisure for relaxing, doing activities in the beach or for organizing an excursion as trekking to Cabo San Juan & Arrecifes, snorkeling or doing horse-back ride. Also it is available the Bike renting.

NOTE: In Playa Koralia lunch and dinner are included.

Transfer to the airport of Santa Marta for around one hour, in order to take a flight back to Bogotá. 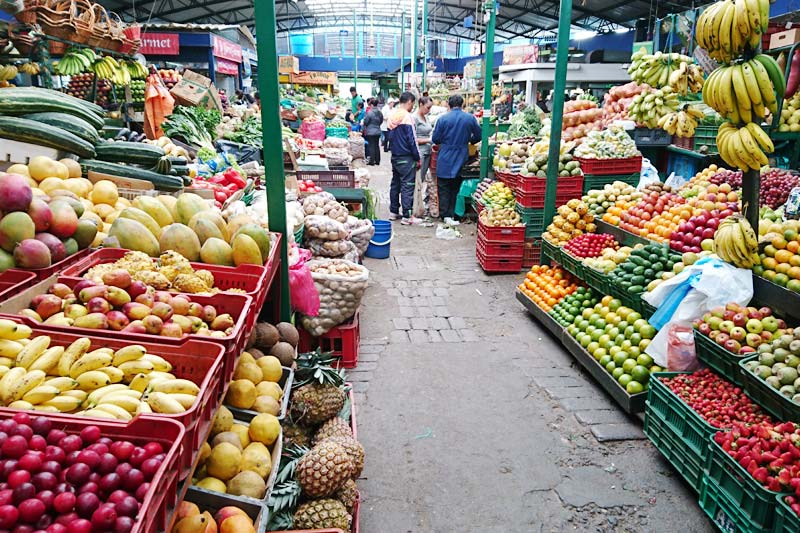 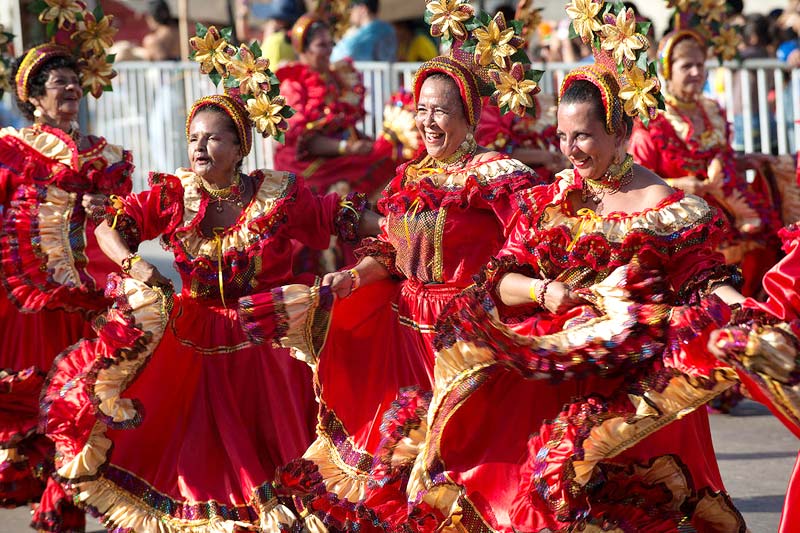 Note: A supplement cost 6 per person per night will apply for twin accommodation, only available in Junior room

High Season -on certain dates supplements to be added.