Book Now
Enquire
Overview
The golden triangle tour is an essential tour for all travellers to experience the rich culture, tradition and history of India, especially for the first time travellers The golden triangle tour is no doubt one of the popular tourist circuits in India that offers a wonderful opportunity to marvel the grandeur, glory and vibrant culture.
Detailed Itinerary

Arrive by International flight, after traditional Welcome. Our representative would assist you at airport & transfer to hotel for check in.
Overnight Hotel – Delhi (No Meal)

Today we drive to Jaipur, popularly known as Pink City, the flamboyant & colorful capital of Rajasthan. With its rich & colorful past, resplendent with tales of velour & bravery, it is now one of the most important heritage cities in India. Later in the evening we proceed for a Cultural dance show followed by dinner.
Overnight Hotel - Jaipur (B)

Today we take an excursion to Amber Fort, the palace complex which stands to this date was commenced under the reign of Raja Man Singh. Later we visit the City Palace, a perfect blend of Rajasthani & Mughal architecture. Further we visit Jantar Mantar (Solar Observatory), an astronomical treasure house. We also take photo-stop at Hawa Mahal (Palace of Winds), a five-storied structure of pink sandstone. In the evening we visit Birla Temple or Lakshmi Narayan temple to witness the prayer ceremony.
Overnight Hotel - Jaipur (B)

Today we drive to Agra, beautifully situated on the banks of river Yamuna.
Overnight Hotel - Agra (B)

Today we visit Taj Mahal (Friday Closed), symbol of eternal love, which stands on the banks of River Yamuna. It was built by the 5th Mughal emperor, Shah Jahan in the year 1631 in memory of his wife, Mumtaz Mahal. It was completed in 22 years. Further we visit Agra Fort, taken over from the Lodhis by the Mughal Emperor Akbar in the late 16th century. The Fort can be more accurately described as a walled palatial city. It was built from red sandstone, often inlaid with white marble & intricate decorations.
Later on drive to Delhi via Yamuna expressway. Check-in at your hotel
Later drive past the Rashtrapati Bhawan, (President’s Palace), Secretariat Buildings, Parliament House and the India Gate.
Overnight Hotel – Delhi (B)

Today we drive to Old Delhi or Shahjanbad, a city built by the Mughal Emperor Shah Jahan who shifted the Mughal capital here from Agra in the 17th century. Drive past along the river Yamuna past the magnificent Red Fort to one of the largest and most beautiful mosques in the world, the Jama Masjid. Enjoy a cycle rickshaw ride through the narrow lanes of Chandni Chowk, the spine of Old Delhi, past jewelers spice merchants, food vendors, shopping arcades etc. Later in the afternoon transfer to airport to board flight to onward destination (B) or take another tour within India 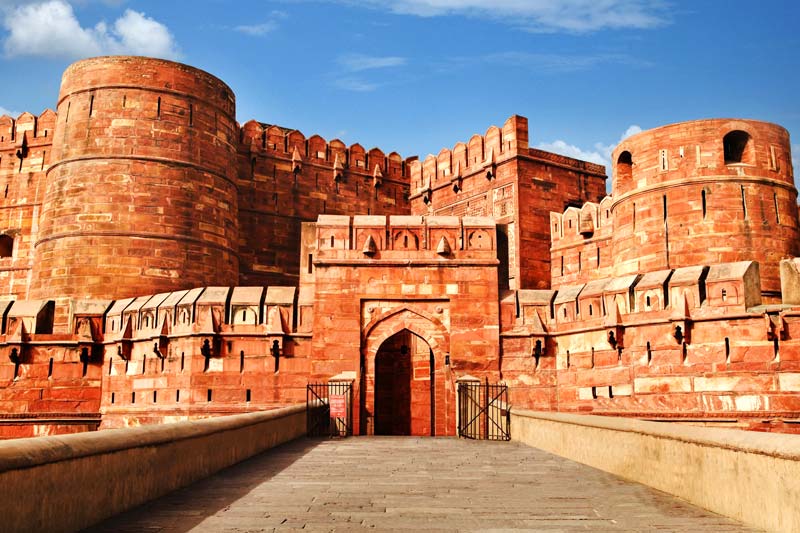 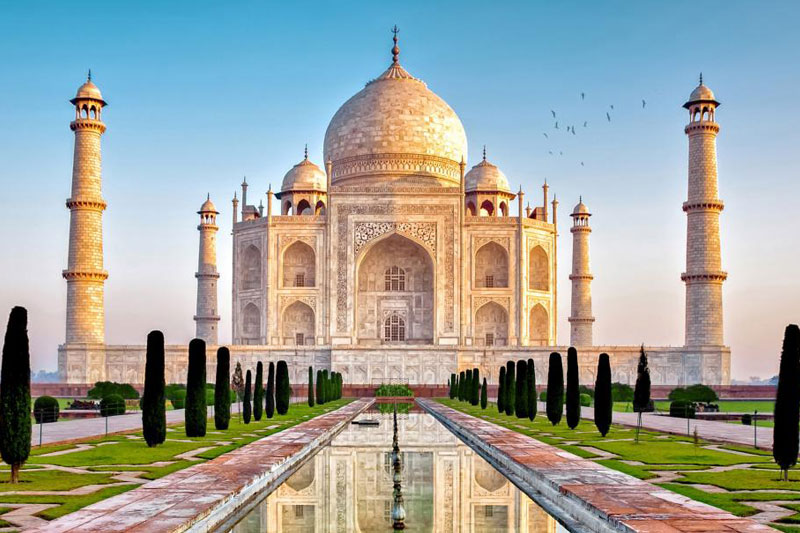 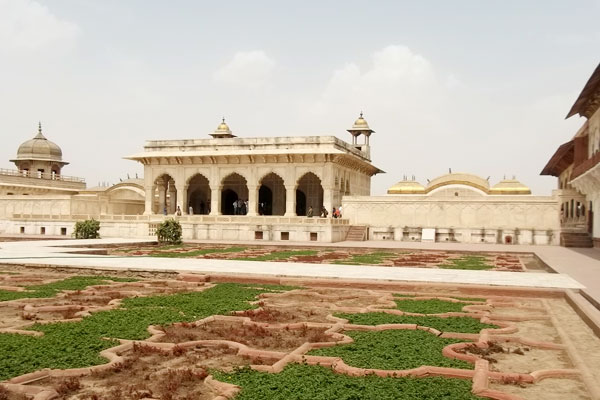 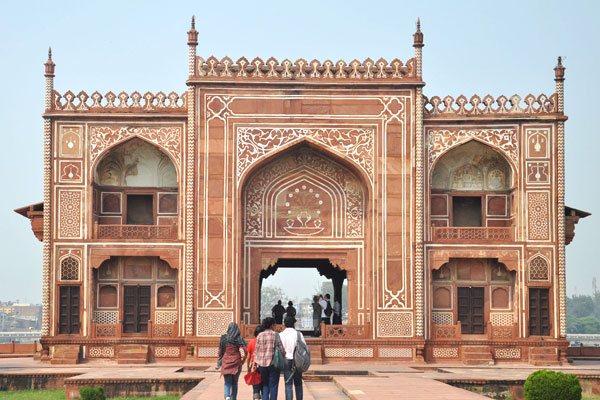 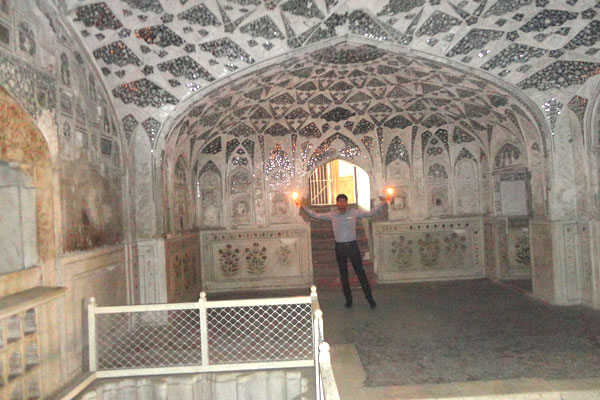 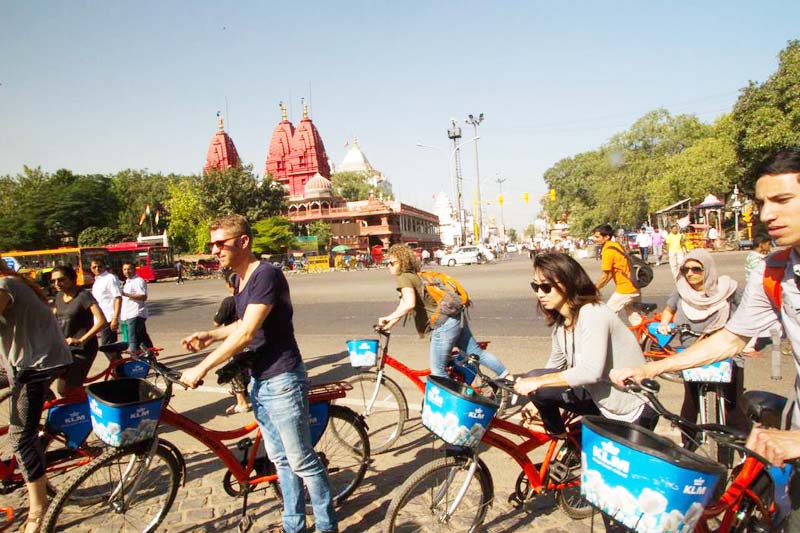 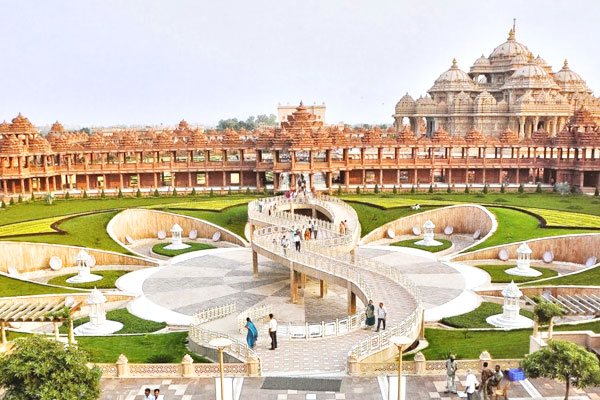 Any item of personal nature such as table drinks, Laundry, Telephone calls, etc.
Camera fees (Still/video) at any monuments
Porterage at airport/Railway stations
Any Gratuities or tips anywhere on tour
Lunches and dinners (Unless specified)
Any item not mentioned in inclusions
Early check-in & late check-out
International fare & Visa Fees

With our best compliments:
 01 bottle of mineral water in the vehicle daily
 Traditional welcome on arrival with flower garlands

ANY EXPENSES CAUSED BY REASONS BEYOND OUR CONTROL SUCH AS TRAIN – FLIGHT DELAYS / CANCELLATION RESCHEDULING, ETC AND ANY OTHER SITUATIONS RELATED TO ROAD BLOCKS, ACCIDENTS, MEDICAL EVACUATION AND NATURAL CALAMITIES.

Rooms will be on availability & if in case if the said hotels are fully booked due to any reason, similar hotels will be provided in the same vicinity or nearest location.