Upon arrival, you will be met and transferred to your hotel. The rest of the day is at leisure. Tonight, gather with your traveling companions for a Welcome Dinner. (D)

Moscow, one of the largest cities in the world, is the symbolic heart and soul of the country. Your sightseeing tour begins at Red Square, dominated by colorful St. Basil's Cathedral and by the massive red walls of the Kremlin. Visit the Armory Museum, with its impressive collection of Tsarist, Russian, and foreign jewelry, armor, and other artifacts. Then walk by Moscow University. Continue with a drive along the wide boulevards and a stroll through GUM, Russia’s largest department store. Continue, on the north bank of the River Moskva, passing by baroque Novodevichy convent; ending the tour at the popular Arbat shopping district. The rest of the day is at leisure. (B)

Today we travel 75 km North of Moscow, to a small town of Sergiev Posad, former Zagorsk – founded in the 14th century and renowned as a center of ancient Russian art and architecture. For centuries it served as a place of pilgrimage and the religious capital of Russia. Within the old walled city admire the fairy-tale golden and blue domes of the Holy Trinity St. Sergius Lavra, one of the most beautiful of all monasteries. After lunch, return to Moscow, the rest of the day at leisure. This evening take an Optional tour Moscow by night & Subway, to see the metro stations which Stalin called “Palaces for the People.” (B, L)

Time at leisure in Moscow, before transfer to railway station for our four hours high speed Sapsan train ride to St. Petersburg. Upon arrival at the St. Petersburg train station, transfer to your hotel. Dinner at hotel. Join for an optional Russian Folklore evening. (B, D)

There are not many cities in the world that can match the grace of St. Petersburg. When Peter the Great founded the city in 1703, he hired Europe’s best architects, craftsmen, and artists to build and decorate it. Spread over 100 islands and linked by over 600 bridges, it is often referred to as the “Venice of the North.” Today the main sites to be visited on the tour are Palace Square with the Winter Palace, Senate Square with the monument to Russian Emperor Peter the Great, the founder of the city, St. Isaac’s Square with St. Isaac’s Cathedral, Smolny Cathedral, Cruiser Aurora, Field of Mars, and Nevsky Prospect. Visit the Peter and Paul Fortress, built in 1703 to protect the city from enemy attacks. Visit Peter and Paul Cathedral, which towers in the center of the fortress served as the burial place for Russian Emperors from Peter I. Your evening is free or join an optional Evening Canal Cruise. (B)

This morning you’ll make a highlight visit to the world-famous Hermitage, housing more than four million works of art. It ranks among one of the largest and oldest museums of the world, founded in 1764 by Catherine the Great. Admire the world-famous masterpieces by Leonardo da Vinci, Rafael, Titian, Rembrandt, El Greco, Velasquez, Rubens, Van Dyck, Goya, and French Impressionists. The Hermitage occupies five buildings, the largest is the Winter Palace, the former residence of Russian Emperors. Spend the rest of the day at leisure exploring the city on your own or perhaps you may choose to take an optional tour to Petrodvorets, Peterhof Summer Palace of Peter the Great. Tonight, join your fellow travelers for a dinner. (B, D)

Today journey will take us to Estonia, where your first stop is Narva, set just across the border with Russia. Continue to Tallinn, Estonia’s capital, situated on the southern coast of the Gulf of Finland. (B, D)

On a walking tour of Tallinn’s Upper and Lower Old Town, visit the Alexander Nevsky Cathedral. Next, visit Toompea Castle and see the 14th-century gothic Town Hall. This afternoon, travel to Riga, the capital of Latvia. (B, D)

Depart this morning for Vilnius, the capital of Lithuania. The rest of the day is at leisure to begin exploring the city with its interesting architecture. (B, D)

The city of Vilnius is located on the confluence of the Neris and Velnele Rivers. In Old Vilnius, visit St. Peter and St. Paul’s Church and St. Anne’s Church. View Vilnius University, dating back to 1570, Gediminas' Tower in the Upper Town, and Vilnius Castle. The afternoon is free or you may want to join an optional excursion to Trakai, beautifully set on three lakes. (B)

Drive through the landscapes of Lithuania on your way to cross the border into Poland. Then take in the Polish countryside, cities, and towns as you head to Warsaw, arriving at the day's end. (B, L, D)

Warsaw, the 700-year-old capital of Poland. A sightseeing tour here includes a drive along the famous Royal Route from magnificent Castle Square to Lazienki Park and Palace, the summer residence of the last king of Poland. Pass by the Palace of Science and Culture (known as a “wedding cake”), the Saxon Gardens, the Tomb of the Unknown Soldier, Monument to the Heroes of the Warsaw Ghetto, and the Barbican. Then on a walking tour, see the Old Town, Old Market Square, and St. John’s Cathedral. The rest of the day is free for a stroll through the city, shopping, relaxing, or perhaps attend an optional late afternoon Chopin concert. (B) 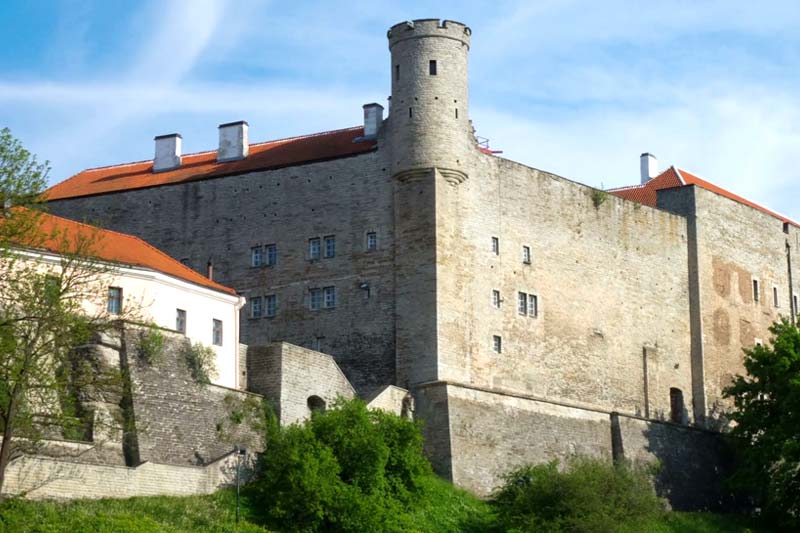 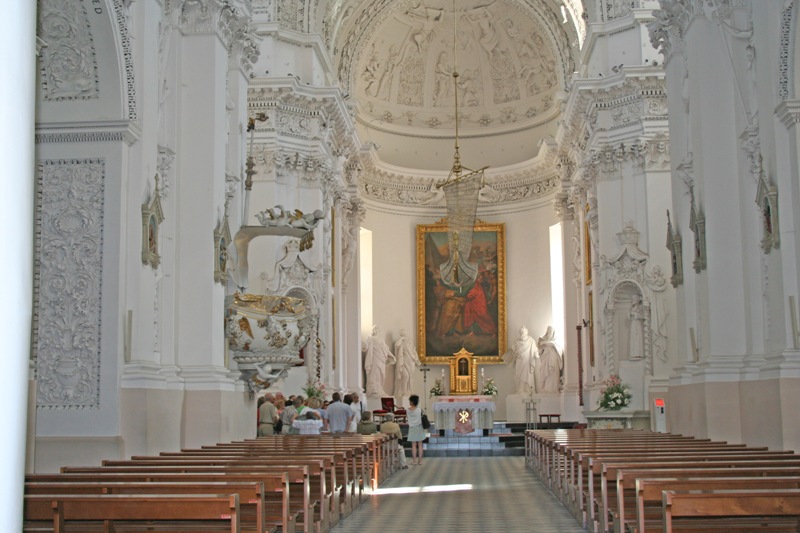 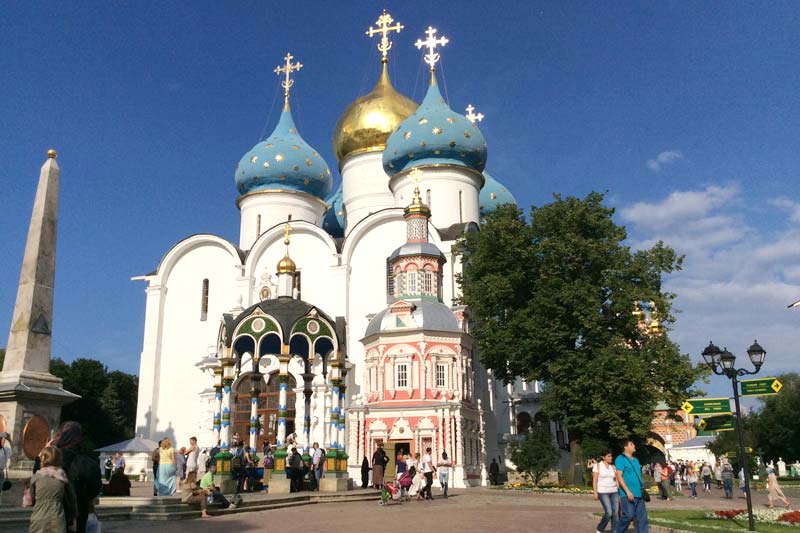 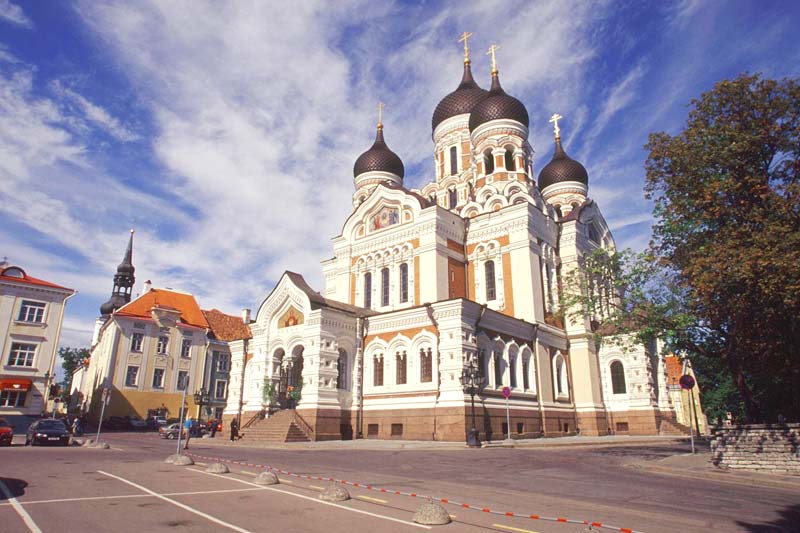 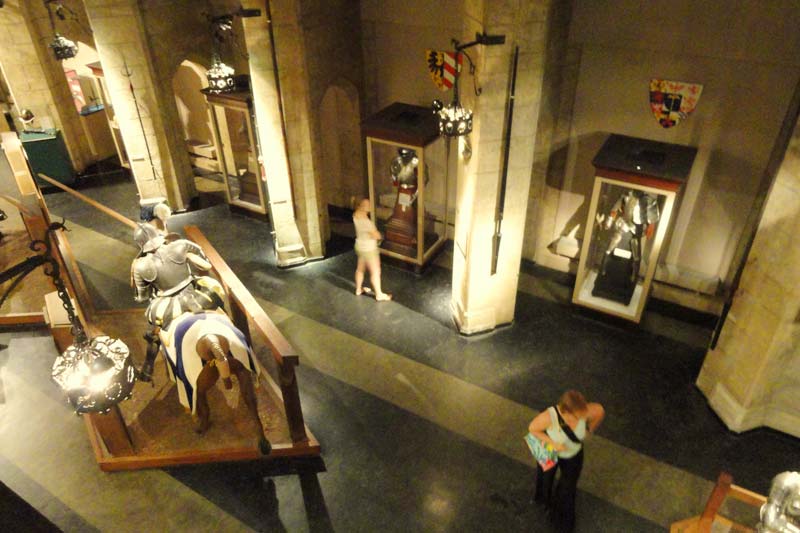 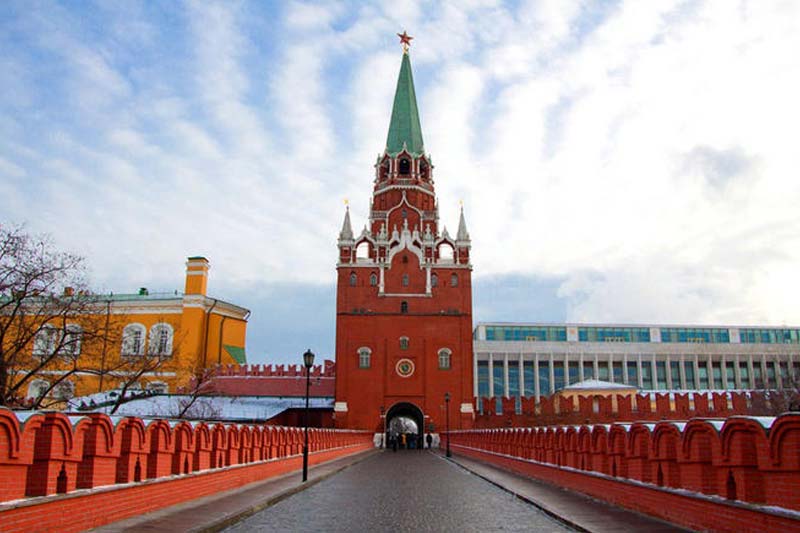 No visit to Moscow is complete without a tour of its elegant Subway Stations! We will show you some of the most beautiful stations decorated with marble, brightly colored stained glass, mosaics, and chandeliers. Later stroll in Red Square, passing the tomb of Lenin and St. Basil’s Cathedral.

A chance to attend one of the best Russian Folklore programs in St. Petersburg. The show includes dances, songs, instruments and costumes from around Russia, during the intermission of canapés, Russian champagne and vodka are sampled. Memorable experience!

An evening cruise through the canals and River Neva transforms the city into a magical place that has inspired generations of artists. You will be offered champagne, caviar, and vodka on board. Enjoy the sights of this classical city from a different perspective.

The former summer Residence of Czar Peter the Great was his Russian recreation of Versailles. It is famed for its palaces, extensive gardens, terraces of gilded statues and fountain cascades on the Gulf of Finland. Relax and enjoy the elegant atmosphere of these baroque gardens and palaces on your visit.

Visit the open-air Ethnographic Museum that depicts 18th-century farm life. This unique museum is set on 100 hectares of land on the outskirts of Riga, in a pine forest on the banks of the Jugla Lake. The 118 historic structures including farmhouses, windmills, fishing villages, churches, and other historic structures have been rebuilt and preserved here to re-create a proper village preserved from this era.

Begin your sightseeing of Vilnius with a visit to the KGB Museum, which was used as a top security prison from 1940 to 1989. Photo exhibits assist in imagining what it was like to be imprisoned in these cold, damp and narrow cells.

This afternoon, visit one of the few reconstructed castles of the Lithuanian ruling dynasty, situated in the old Lithuanian capital of Trakai. Set on an island surrounded with hundreds of lakes, the castle is furnished with excellent collections of armors, furniture, and decorative objects. A guided visit shows you Lithuanian’s most famous and photographed castle.