Explore the ancient Anglo-Saxon kingdom of Wessex, the heart of England’s enduring myths and legends
Gaze in wonder at Stonehenge, the powerful stone circle that stands as a testament to our ancestors’ beliefs
Sample the local seafood in the beautiful, enclosed Lulworth Cove, and savour the dramatic views of the Jurassic Coast and Durdle Door
View the impressive facade of Exeter’s Gothic cathedral before descending into the city’s fascinating medieval water passages
You travel through the ancient kingdom of Wessex to Stonehenge. These stunning stone circles give you a glimpse into the spirituality of the past, and offer an experience you’re sure to remember.

After admiring the spiritual majesty of this Neolithic site, you continue to the incredible geological formations of the Jurassic Coast, where the cliffs are full of fossils from the age of dinosaurs.

We travel along the coast to the Durdle Door, a beautiful natural limestone arch that juts into the ocean. Take your time exploring the coast before heading to the historic city of Exeter. Once the most westerly fortified settlement in Roman Britain, this town boasts ancient city walls, a Norman castle, gothic cathedral, Tudor heritage, a quayside, and a vibrant commercial and restaurant area.

You stay in Exeter for the next two nights.

Explore the beauty of the remote wilderness at Dartmoor, where wild ponies graze in the shadow of granite outcrops.
Delve into Tavistock, birthplace of Sir Francis Drake, the famed British maritime explorer
Cross the time-trodden slabs of the medieval miner’s Clapper Bridge
Explore the remote windswept magnificence of Dartmoor, where you can see strings of native ponies grazing close to the striking rock formations.

Dartmoor is also home to an immense diversity of flora and fauna, so enjoy the sights, sounds, and smells of the moor’s isolated beauty.

You cross the ancient Clapper Bridge at Postbridge before heading to Tavistock, the historic market town and birthplace of Sir Francis Drake.

Arriving back in Exeter in the early afternoon gives you a chance to explore the city’s ancient riches at a leisurely pace. The city walls, the Norman cathedral, the Royal Albert Memorial, and the Quayside all await you.

Enjoy distant views from atop Glastonbury Tor
Explore England’s premier city of architecture, Georgian living and Roman leisure, Bath
This morning you head for Glastonbury, home to the world-famous Glastonbury Music Festival. Here, you can scale the Glastonbury Tor, long associated with the mythical kingdom of Avalon and King Arthur.

You make your way to Bath in time for lunch and a relaxed afternoon. Recharge in one of the many restaurants, tea shops, or pubs before embarking on your exploration of this fascinating city’s heritage.

You return to London in the evening. 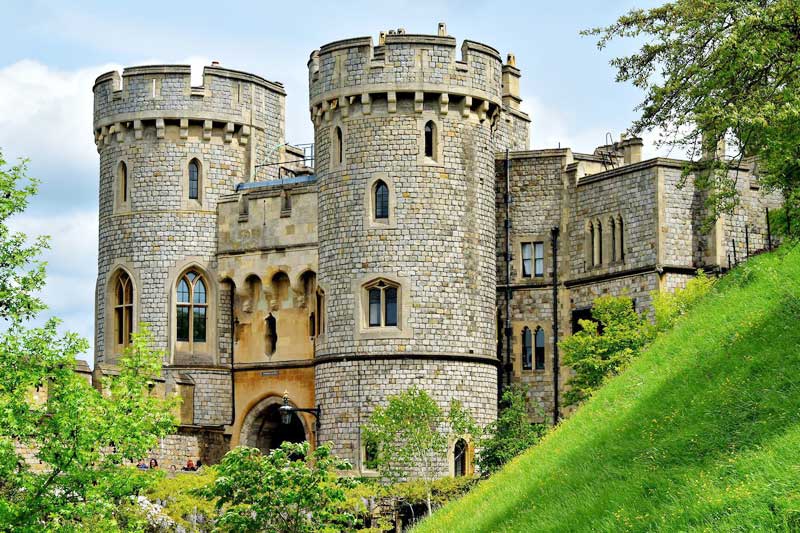 All rates are inclusive of Breakfast unless stated otherwise.
Transport in a 16 seat Mercedes mini-coach
Air conditioning as standard
The stories and services of an English-speaking driver-guide

Entry fees to visitor attractions
International airares
Optional activities
Other meals, drinks, tips and other personal expenses or services not specified on the program
Personal equipment
Travel insurance
Gratuities
Voluntary tips for guides or drivers
Travel and medical insurance
Any items not mentioned as included

All Tours departing from London.
Hotel Accomodation can be upgraded to 3 star on request
Child supplement applies only to up to 01 child aged 5-15 years old, sharing the same room with 02 adults,
No children under 5 years old are permitted, except with special permission
Restricted to 14kg (31lbs) of luggage per person