An ideal package for family and friends. This is a small group package tour with a minimum of 06 guests booking. Rates are available on request for a private tour for 02 guests as well

Arrival into Cape Town International Airport, meet your guide and transfer to your hotel. Evening at leisure.

Breakfast at the hotel.
Proceed for half day city tour of Cape Town (meals not included).
08:30 OR 12:30 - Depart on your half day Cape Town city tour with your Guide. The Mother City is steeped in history, culture, and scenic wonders, and offers an abundance of things to see and do. The drive to the city takes you past famous landmarks. We will pass the Dias statue, the Van Riebeek statue and Train station, before your visit to the Castle of Good Hope, built between 1666 and 1679 by the Dutch East India Company (VOC). The Castle was developed as a maritime replenishment station, and from 1678 it was the centre of civilian, administrative, and military life at the Cape until the area grew and operations expanded elsewhere. Today, the Castle is the seat of the military in the Cape and is open for visitors to explore and learn more about its history. The route then leads you to the magnificent Table Mountain (weather permitting), or in the event of inclement weather, Signal Hill. You will ascend to the top by the revolving cable car. Here, you will see wildflowers, daisies, silver tree, and marvel at a birds-eye view of the city and its beaches. On a clear day, it is even possible to see Robben Island where Nelson Mandela was imprisoned. After that descend back to the city, move on to a visit of the Company Gardens, a large public park and botanical garden set in the heart of Cape Town, home to a rose garden, Japanese garden, fishpond and aviary, and driving through Malay quarters, also known as the Bo-Kaap, which means "Above Cape" because of its location up against the slopes of Table Mountain. There after visit Greenmarket square for some souvenirs. Next, we visit the V and A Harbour, shopping and entertainment complex with a last stop at the Cape Town Diamond Museum, situated in the bustling heart of the world-famous Clock Tower precinct at the V and A Waterfront. Discover a 3-billion-year-old story unfold from a diamond's formation to the final polished stone. Explore the origins of South Africa's famous diamond industry and get introduced to some of the great names in diamond history, including Cecil John Rhodes, Barney Barnato and the Oppenheimer family.

08:00 - Depart on your full day Cape Point tour with your Guide. This is an awe-inspiring tour to the towering headland known as Cape Point. Magnificent beaches, breath-taking views, historic and picturesque coastal villages are to be seen along the way. The Cape Peninsula is one of the world’s most scenic areas and stretches from the city center to Cape Point.
Travel along the Atlantic Seaboard via Sea Point Bantry Bay, Clifton, and Camps Bay, stopping at Maiden Cove look-out point for a panoramic view of the Twelve Apostles, before continuing to Hout Bay, a quaint village and fishing harbour with magnificent mountain views and beach. Take a 40-minute optional cruise (excluded) from Hout Bay harbour to Duiker Island, the Seal Colony beneath the well-known Sentinel Mountain where you can view thousands of Cape Fur Seals in their natural environment. (Weather permitting). On through Chapman’s Peak, one of the world’s most breath-taking coastal drives, to Cape Point. The Good Hope Nature Reserve has magnificent fynbos vegetation, birdlife, endemic antelope species and zebra, historic shipwrecks, and lighthouses. You will take the Flying Dutchman funicular to the top of Cape Point for excellent viewing opportunities from the two lighthouses that adorn the point. Cape Point is perceived to be the meeting point of the Atlantic and Indian Oceans.
Thereafter continue to historic Simon’s Town, a village with charming Victorian architecture, a naval base, and a large penguin colony at the beautiful Boulders Beach where you will get to walk alongside the penguins.

16:00 Return to Cape Town via the Ou Kaapse Weg with magnificent views of the Constantia Valley

Breakfast at the hotel. Day at leisure.

08:00 - Depart on your full day Wine Route tour with your Guide. You will visit historic Stellenbosch the second oldest town in South Africa which is rich in Dutch colonial heritage. Stellenbosch occupies the perfect terroir for grape varieties such as Cabernet Sauvignon and Merlot, and a truly South African clone of Pinot Noir and Hermitage: Pinotage. Move on to visit some of South Africa’s oldest and most famous wine estates. These Grand Old Cape-Dutch farmhouses and wine stores have watched proudly over the land for centuries; and the vineyards & wine estates still produce some of South Africa’s top wines today. Wineries to be visited today will be pre-selected according to clients wishes.

13:00 Lunch will be at Pierneef restaurant at La Motte. (On your own).

Visit Franschhoek, and the Huguenot Monument; this museum also has an Annexe in which exhibitions on Franschhoek and Huguenot families are displayed. The Annexe, built in 1976, also houses the museum auditorium, research center and souvenir shop. Thereafter take a short walk through the historic centre of Franschhoek. Drop off at your hotel in Franschhoek.

Meet your English-Speaking Lodge Ranger and transfer to the lodge

Lunch at the lodge

16:00 gather for refreshments and light snacks
16:30 depart Mid drive stop for drinks and snacks
19:30 arrive back at the lodge with time to freshen up before dinner
20:00 dinner is served

Overnight at Kapama Southern Camp - Suite (Including All meals + activities).

16:00 gather for refreshments and light snacks
16:30 depart Mid drive stop for drinks and snacks
19:30 arrive back at the lodge with time to freshen up before dinner
20:00 dinner is served

15:30 gather for refreshments and light snacks
16:00 depart Mid drive stop for drinks and snacks
19:00 arrive back at the lodge with time to freshen up before dinner
19:30 dinner is served

Overnight at Kapama Southern Camp - Suite (Including All meals + activities).

Enjoy early morning game drive. Breakfast at the lodge. Transfer to the Hoedspruit Airport for your onward flight services to Johannesburg.

15:25 Arrival into OR Tambo International Airport, meet your ESD and transfer to your hotel.

08:00 - Depart on your Johannesburg city tour with your Guide. Whilst this tour takes in many activities it is not a difficult day as there are several stops for walking, lunch and coffee and soft drink breaks. The tour commences in the new financial heart of the African continent in the Sandton CBD with a drive past the Johannesburg Stock Exchange and then progresses to Houghton with a drive past President Mandela’s home in this beautiful suburb. Thereafter you enter the bustling high rise cosmopolitan suburb of Hillbrow formerly the home to most of South Africa’s European immigrants and now home to South Africa’s African diaspora.
You then progress to Constitution Hill, the home of the Constitutional Court, down to the business district of Braamfontein which hosts the world-famous University of the Witwatersrand, across the Nelson Mandela Bridge into Newtown for a stop at Main Street where you will walk around the old Mining House District, home to most of the World’s largest mining companies such as Anglo American and BHP Billiton. You re-join your vehicle for a drive past Ghandi Square named after Mahatma Ghandi who lived in South Africa during his early years as a lawyer. Then you enter into the iconic suburb of Soweto, where you will visit the Kliptown Memorial, site of the famous Freedom Charter gathering on which South Africa’s constitution is based and then past the present home of Nobel prize winner Archbishop Desmond Tutu followed by a stop at Nelson Mandela’s first home in Johannesburg for some pictures. There will be a stop for lunch.

Drop off at OR Tambo International Airport at 14:30 for your onward flight. 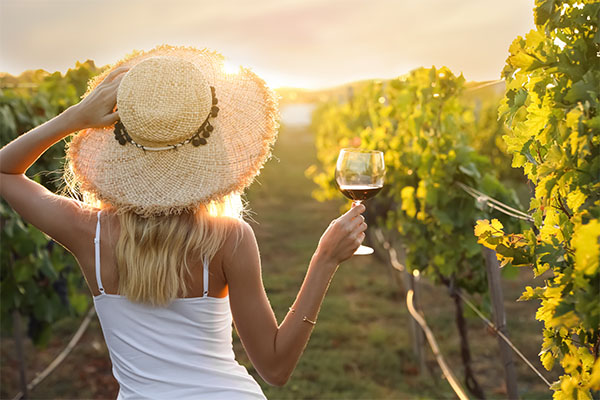 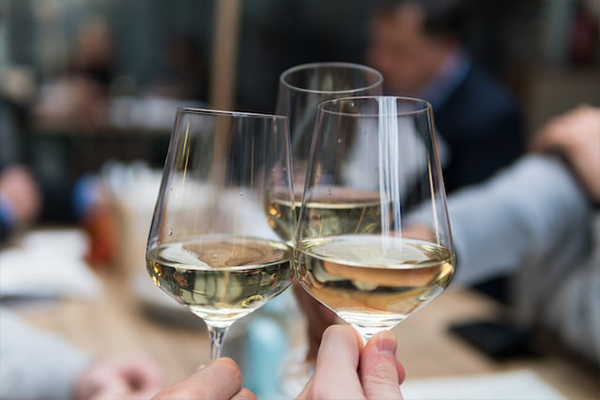 International Flights and Airport Taxes
Visa Fees (if applicable)
Medical & Travel Insurance
Incidental tips to hotel/lodge staff
Gratuity to tour driver/guide
All expenses of personal nature
Any entrance fees and guided excursions that are not included in the above itinerary.
Early Check In & Late Check Out
Internal & Domestic Flights (priced separately)

We have quoted rates using 4 Star hotels. Rates are available for 3 and 5 star hotels as well on request.

All quotes are subject to availability and change due to airfare increases, hotel rate increases, currency exchange fluctuations and any other unforeseen circumstances all without prior notice.

Itinerary and journey times are close approximations and are subject to change without prior notice.

Light Aircraft Flights: Baggage allowance is normally restricted between 15kg to 30 kg (depending on country, aviation supplier and seat class chosen) per passenger, inclusive of hand luggage in soft bags. Excess baggage will be charged at prevailing rates and only carried subject to space availability.

Timings in remote areas such as national parks may vary from day to day. It is very important that your clients ask their tour guide or lodge manager to reconfirm flights 24 hours before departure. This reconfirmation process will give the departure and arrival details for the flight(s) the following day and will save unnecessary waiting time and discomfort. Charter companies reserves the right to change departure times or carrier when so required for operational, weather or safety reasons.

Passenger weights limits apply for light aircraft flights and additional seats may be required if exceeding the weight limit. However, please let us know in advance if this is likely to apply so we can do whatever is possible to minimize the likelihood of this becoming an issue.