Arrival in Yerevan. Transfer to the selected hotel. Overnight in Yerevan.

Breakfast at the hotel. City tour in Yerevan will start with the panoramic view of the city and acquaintance with the Center of the city, Republic Square, Northern Avenue, the sightseeing of Opera and Ballet building, the Parliament and Residency of the President of Armenia, State University, Mother Armenia Monument, Sports & Concert Complex. A visit to Tsitsernakaberd - a Monument to the Armenian Genocide Victims, as well as the Genocide Victims’ Museum, commemorating the 1.5 million Armenians who perished during the first Genocide of the 20th century in the Western Armenia and in the territory of Ottoman Empire
Visit Cascade complex, which is considered the modern art center of Yerevan. Cascade is home to Cafesjan modern art museum. This place becomes even more charming in the evenings, when it is full of people, both locals and tourists from all over the world, enjoying the magic and the warmth of the capital. You will enjoy spending time in one of the cosy open-air cafes surrounded by beautiful sculptures, redolent flowers shining brightly with magic colours. It is also a popular place for open air concerts in summer season. A visit to one of the biggest and oldest mosques in Caucasus “Blue mosque”, which is situated in the heart of Yerevan city. Overnight in Yerevan.

Breakfast at the hotel. Drive to Etchmiadzin City, which used to be an ancient capital of Armenia. Since 4th century, it has been considered the largest religious center, the residency of Catholics of all Armenians. Etchmiadzin cathedral is one of the ancient churches in the Christian world, included in the UNESCO World Heritage List (2000). It is the center of Armenian Apostolic Church, founded in 301 A.D by St. Gregory the Illuminator. The museum of the Cathedral, located behind the Altar, has collection of religious artifacts about Holy Mass, subjects made of gold, silver, precious stones, decorations, colossal silver boiler for making the myrrh and legendary Holy spear. A trip to one of the architectural wonders of Armenia - Zvartnots temple (641-661 BC), which got its name from the word "Zvart", which, translated from Armenian, means "joyful and beautiful". The remaining ruins give an idea of the rare beauty of this temple, which is listed as an UNESCO World Heritage Site (2000). Drive back to Yerevan. Overnight in Yerevan.

Breakfast at the hotel. Drive to Noravank Monastery complex (13-14th century). There is such an incredibly beautiful scenery along the road to Noravank, that the visitors cannot resist stepping out of the vehicle and walking all the way to the Monastery with their cameras, to enjoy and record the unique bizarre-shaped precipitous red cliffs. Drive to Tatev Monastery, which is one of the most unique and beautiful monasteries in Armenia, located on the steep of deep gorge surrounded with very strong settings. It was built during the 9-13th centuries as an Armenian intellectual center where philosophers, musicians, painters, calligraphers and monks lived. Ride on the longest ropeway in the world (5,7 km), recorded in Guinness record book, over the canyons to the monastery of Tatev. Drive back to Yerevan. Overnight in Yerevan.

Breakfast at the hotel. Drive to Lake Sevan, one of the wonders in Armenia. This blue lake is one of the greatest high mountainous freshwater lakes of Eurasia. On a clear and sunny day, the water is often of a deep turquoise colour. Total surface of the lake is 940 km2 . Climb on peninsula, from where opens a fascinating and breathtaking view on Sevan Lake. Visit Sevanavank Monastery (9th century), which stands in its greatness on the peninsula, overlooking the lake for centuries.
Drive to mountainous resort Dilijan, or so called “Armenian Switzerland”, which is well-known for its forests, as well as for its mysterious flora and fauna. Small walking city tour in Dilijan with a visit to handicrafts’ street, where one can watch the preparation of different national souvenirs from wood, stone and ceramics. A visit to Haghartsin Monastery complex, located in a secluded place of a forest. Appearing unexpectedly in front of the visitors, out of the dense forests, the Monastery creates a magical impression of a lost world. After a visit to the monastery in 2005, His Royal Highness Sheikh Sultan bin Mohammed Al Qasimi made a generous donation for certain renovation works and preservation of this monastery, representing the rich history of the human kind. Complex includes Church St. Stepanos, St. Mary and St. Gregory’s Church, as well as a famous refectory. Drive back to Yerevan. Overnight in Yerevan.

Breakfast at the hotel. Visit Armenian carpet factory with possibility to watch the production of the handmade rugs. The factory has a showroom where purchases are offered (shipping of rugs to your country is possible). Visit the only remaining Pagan temple in Armenia, devoted to the God of Sun – Myrth, in Garni. Photo stop at Charentc Arc. A visit to the ruins of Royal Palace and Royal bath-house nearby. Optional: Family hosted lunch in a private village house, with watching the preparation of “Lavash” (Armenian traditional flat bread baked in stone-make oven) by countryside Armenian ladies using the same ancient technology as hundreds of years before. Continue the tour to the uniquely caved Geghard monastery, which dates back to 12th -13th centuries, the name of which means “holy spear” in the honour of the long-preserved spear, the same spear that pierced the body of crucified Christ, which were brought here by Apostle Thaddeus. Drive back to Yerevan. Overnight in Yerevan

Breakfast at the hotel. Drive to Tsaghkadzor (means “gorge of flowers”) town, the magical place of forested mountains. Short walking tour around the small town. Visit Kecharis monastery. Opportunity to go up to the mountain peaks by ropeway, where you will catch an unforgettable gorgeous panoramic view of this part of the world. Drive back to Yerevan. Visit Fruit Market. A visit to Vernissage, an open-air exhibition-market. Drop to Dalma Garden, Yerevan Mall or Megamall for shopping. Overnight in Yerevan.

Breakfast at the hotel. Check-out. Transfer to Zvartnots International Airport. 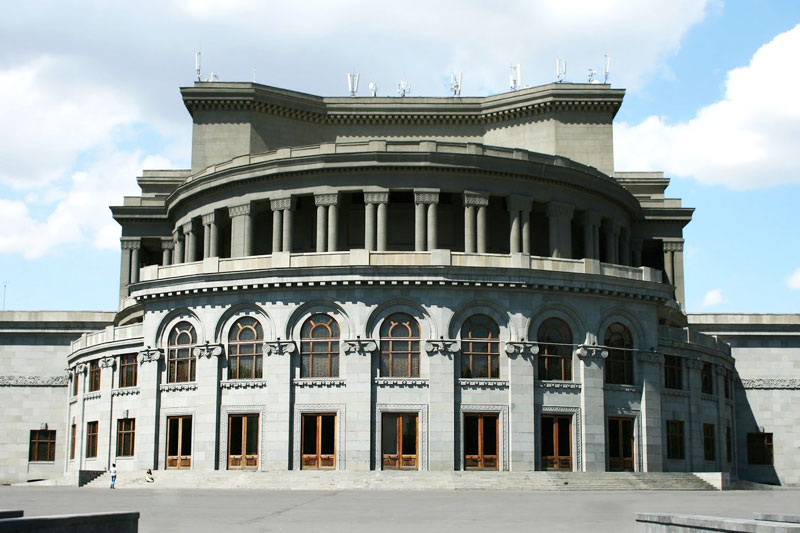 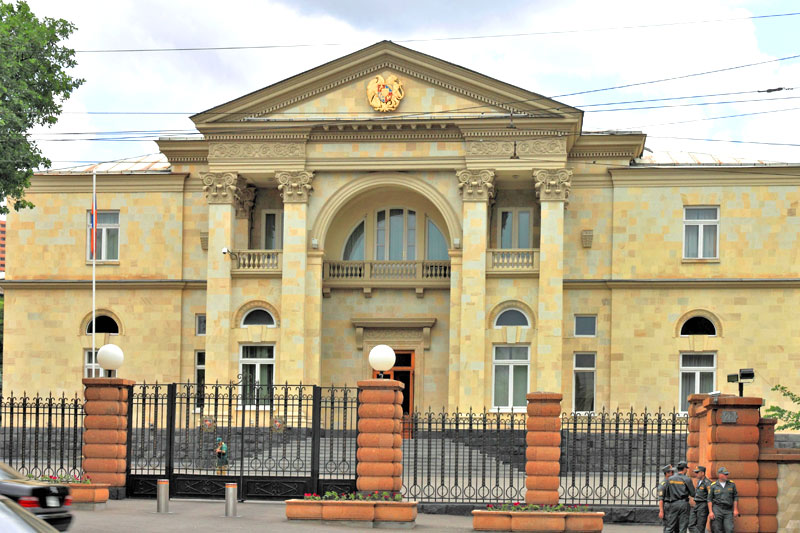 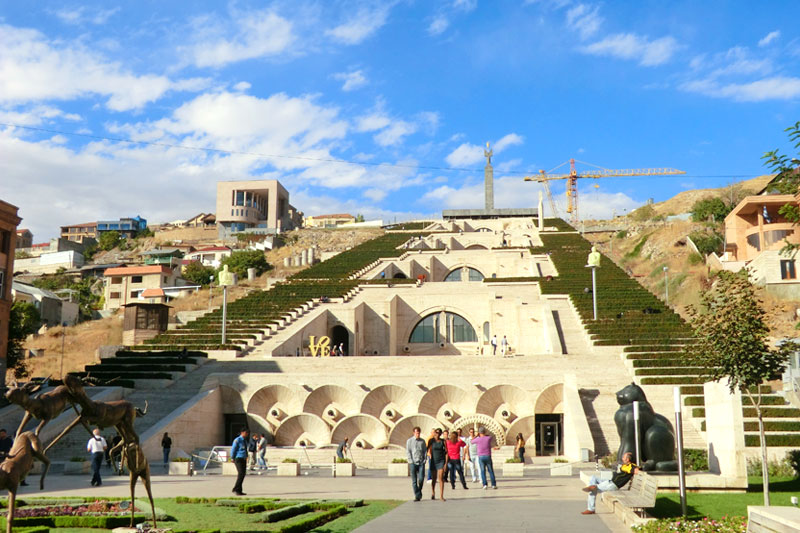 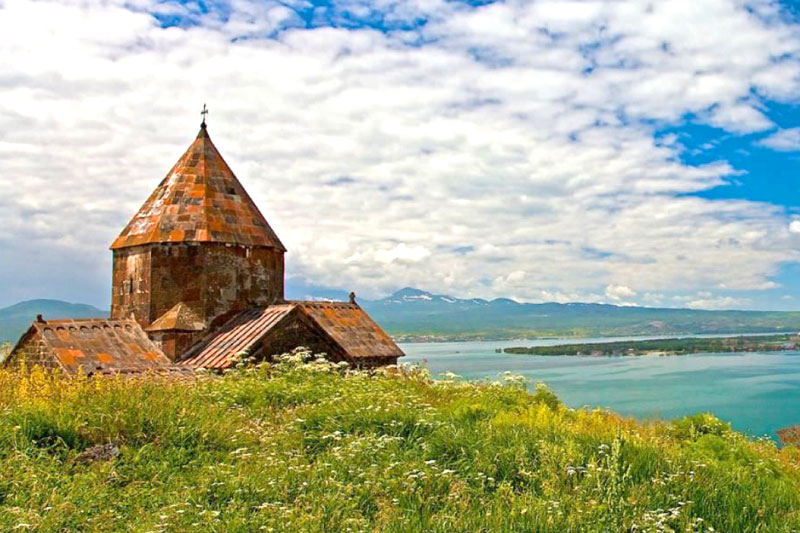 Maximum 1 extra bed can be placed in standard rooms, with the exception of “Holiday Inn Express” hotel, in case of which the addition of an extra bed isn’t possible at all. In case of 2 extra beds the room and prices are subject to changed. Children on main bed pay full amount of an adult.