Welcome to Bosnia! Upon arrival, you will be met and transferred to your hotel. The rest of the day is at leisure. Overnight in Sarajevo

Sightseeing tour of Sarajevo starts with Bascarsija square itself, famous fountain called Sebilj and a whole story behind. Later move on towards Kazandziluk street (Coppersmith's street), burned library -Vijecnica, and thorough explanation regarding the two distanced fortresses, Yellow and White bastion.
See World famous Latin bridge due to one unfortunate event that took place there, the assassination of Franz Ferdinand. Continue walking and see Imperial mosque, Gazi Husrev bey’s mosque, Clock tower and few other spots around are places we do not miss. In the afternoon visit Vrelo Bosne, a spring of the river of the same name and one of the most famous landmarks in Bosnia and Herzegovina. Final stop of the day is Tunnel Museum, dug during the war, the tunnel linked the besieged city to the free zone beyond the airport, providing a life and supply line. Overnight in Sarajevo

Drive to Visoko, an early center of the Bosnian medieval state, and the site where the first Bosnian king Tvrtko I was crowned. Near the town of Visoko are located the hills known as The Bosnian pyramids. The Bosnian pyramids are a pseudo-archaeological claim promoted by author Semir Osmanagic, that a cluster of natural hills in central Bosnia and Herzegovina are the largest human-made ancient pyramids on Earth. They came to international attention in 2005, following a news-media campaign by Osmanagic and his supporters. Geologists, archeologists and other scientists have however concluded, after analysis of the site, its known history, and the excavations, that the hills are natural formations known as flatirons and that there are no signs of human construction involved. Overnight in Sarajevo.

Travel to Mostar, cultural and economic center of Herzegovina, city on a cross road of various cultures and religions of east and west that have been influencing and marking the town for centuries. The main sight of this rich city is a stone bridge by the Turkish architect Mimar Hajrudin from the 16th century. Today it is protected by Unesco and is the pride of all the city’s residents. The old city center also prides itself on its numerous mosques, baths (“Hamam”), and other architectural objects where oriental and Mediterranean influences intertwine. The rest of the day is at leisure to explore the city on your own. Overnight in Mostar

Visit Kravice waterfall, the hidden pearl of Herzegovina located on Trebižat river. Plunging from cliffs as high as 83 feet into a natural, watery amphitheater that is almost 500 feet across, the series of waterfalls at Kravice are nestled in a natural reserve southwest of the city of Mostar in Bosnia and Herzegovina. Overnight in Dubrovnik.

Discover the charming city of Dubrovnik, surrounded by ramparts and fortresses. This ancient town is a treasure trove of architectural and cultural masterpieces, carefully preserved over the centuries. Take a pleasant walk to the Rector's Palace, the Franciscan Monastery with its 14th century Pharmacy, as well as to the other places of interest. The rest of the day is at leisure. Overnight in Dubrovnik

Transfer to Dubrovnik airport or train or bus station. 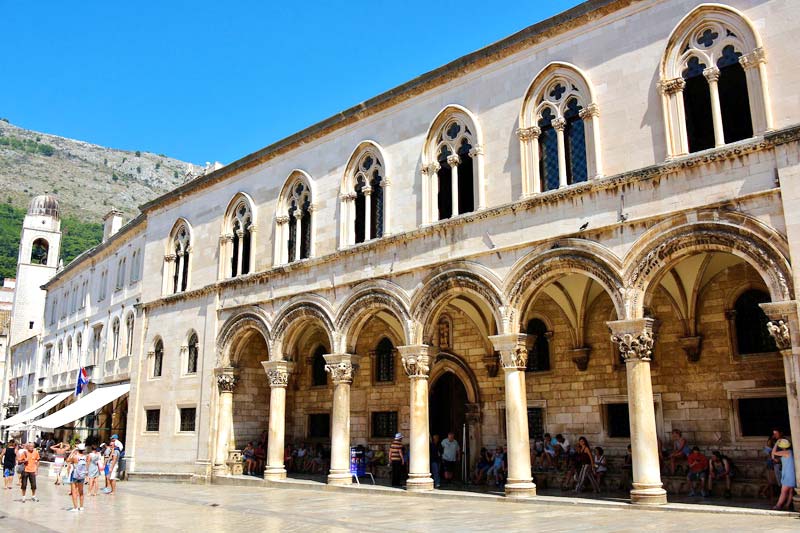 6 nights in double or twin bedded or single rooms in your select hotels or similar; hotel taxes
6 breakfasts
Arrival and departure transfers
Entrances as per program when indicated in bold letters
Sightseeing as per program with English speaking guide
Transfers with air-conditioned car or van from day 02 to day 06