Pilgrimage to Tibet With Lhasa / Shanghai

Upon arrival, you need to pick up your check-in luggage first and proceed to the exit to find your guide, who is waiting there to transfer you to local hotel for overnight.

Your trip in Tibet begins with a pilgrimage to the Potala Palace, an architectural wonder standing on top of Red Hill in the center of Lhasa, the capital city of Tibet Autonomous Region with an altitude of 3,700 meters above sea level. The initial construction of the palace can be dated back to as early as 7th Century and Songtsen Gampo, the king of Tibetan Regime, ordered it to be built as the place where he lived and handled the political affairs. It has then been deserted during the next 800 years since the beginning of 9th Century when the empire collapsed until a restoration program was launched by the 5th Dalai Lama and another palace structure featuring purely white exterior was completed by the year 1648. The Red Palace was laid on top of the existing White Palace in an extension program from 1690 to 1694 and the whole structure remained how it looks like until now. This architectural masterpiece also embodies the commitment of religious beliefs in a region where Buddhism has prospered for more than thousands of years.

Next you will proceed to pay a visit to Jokhang Temple, built 1,300 years ago during the period of Tibetan Regime and remaining the most glorious architecture preserved from that time until now. The name of the city – Lhasa evolved from how the temple was originally called in Tibetan language.

The main structure of the temple features a 4-storey building with roofs painted in pure gold. It houses numerous exquisite Buddha statues, among which a Sakyamuni statue moulded according to his real body size when he was 12 years old is known to all with tremendous historical and cultural significance. It was brought to China from India, and successively taken to Tibet in 7th Century by Princess Wencheng, who was appointed to marry Songtsen Gampo, the king of Tibetan Regime by the royal court of Tang Dynasty (618-907 AD).

The neighbourhood encircling Jokhang Temple is called Barkhor Street, the most lively dwelling and commercial quarters in the center of Lhasa. Initially a street surrounding the temple, it has gradually developed into a community consisting of local houses, government offices, restaurants, hotels, shops, artifact workshops and etc. as numerous disciples came for pilgrimage and settled down in thousands of years. When the dusk falls every day, many pilgrims march on the street and circle the temple in clockwise direction.

Today’s itinerary concludes with a leisure walk along this street.

70 kilometers to the southwest of Lhasa lies a freshwater lake named Yamdrok Lake, covering an area of 675 square kilometers with an elevation of 4,441 meters. It is nestled among snow-capped mountains at the northern foot of Himalayas and fed by numerous small streams. The color of the lake is in emerald from time to time while it is always peaceful on the surface.

You will embark on a 2-hour drive in the morning to reach the lake. The elevation soars to 5,030 meters when your car climbs up to Gampala pass, and then a river in emerald color winds through. It looks gradually spectacular when you approache to it. You will be given 2-3 hours to wander around the lake to take pictures and head back to Lhasa before the dusk falls.

3 kilometers north of Lhasa at the foot of a hill stand the monastery complex of Sera, with the main buildings featuring the Great Assembly Hall and 3 colleges. The colleges provide a 20-year training programme and the monks will be granted a geshe degree upon completion of this programme.

The monastery was built in 1419 during the reign of Emperor Yongle of Ming Dynasty (1368 – 1644 AD) and later developed to house over 9,000 monks at one time. The establishment of the monastery was initiated by Jamchen Chojey, a disciple of Mater Lama Tsongkhapa who founded the Gelukpa Order. Jamchen Chojey was later summoned to the royal court and warmly greeted by Emperor Yongle. The 105-volume Buddhism scriptures ‘Kangyur’ written on wood blocks with gold cover engraved in red lacquer was presented to Jamchen Chojey by the emperor and has been housed in the monastery until now.

Sera Monastery is the only monastery in Tibet where visitors are allowed to witness a Buddhism debate session held on a daily basis among the monks studying in the colleges. The debating tradition supplemented with gestures is exclusive to Sera Monastery.

Upon completion of the tour, you will be transferred to the airport to catch an afternoon flight to Shanghai. Immediately as you arrive after a 4-hour flight via Xi’an, you will meet a new guide who will then take you to your hotel. 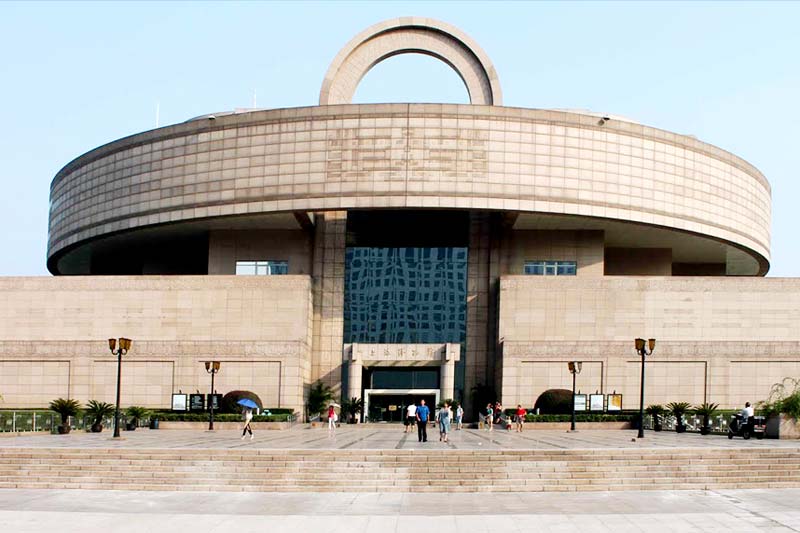 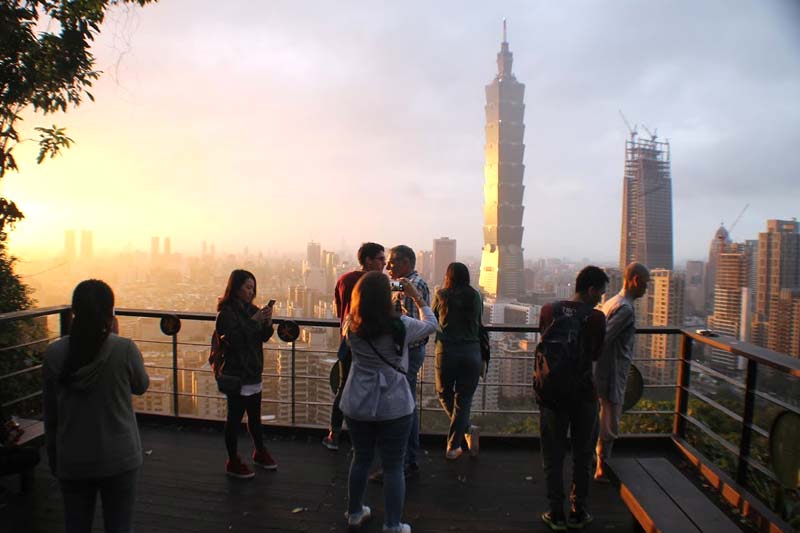 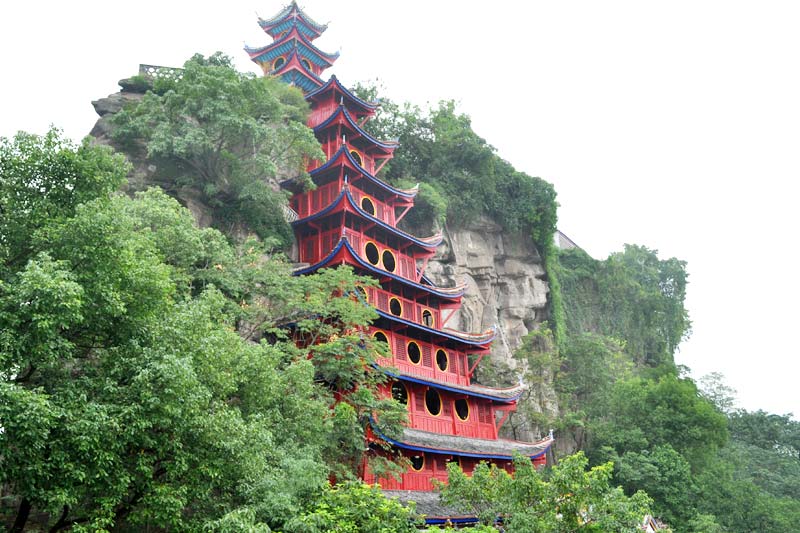 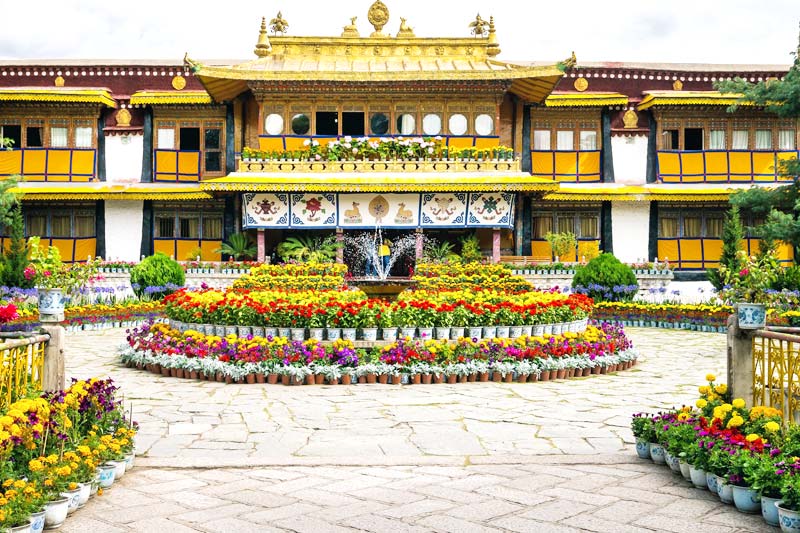 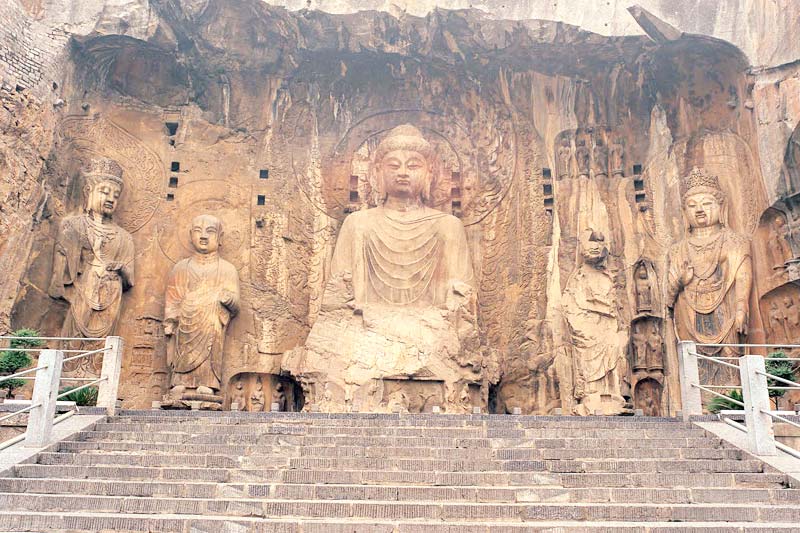