Arrival at Marrakesh Menara airport, meet your English Speaking Driver and transfer to your hotel in Marrakesh

Marrakesh, a former imperial city in western Morocco, is a major economic center and home to mosques, palaces and gardens.

A symbol of the city, and visible for miles, is the Moorish minaret of 12th-century Koutoubia Mosque.

You will see sites such as the Saadian tombs, the Koutoubia, the Bahia palace and the Menara gardens.

Lunch at the hotel

Rest of the day at leisure

Optional: Diffa Fantasia dinner will be served under caïdal tents at the famous «Chez Ali» restaurant while enjoying the fantasia performance with camel and horses show, folkloric and belly dancers.

Check out, meet your English Speaking Guide in your 4x4 and head to Ouarzazate

Ouarzazate is a city south of Morocco’s High Atlas mountains, known as a gateway to the Sahara Desert. Its huge Taourirt Kasbah, home to a 19th-century palace, has views over the rugged local landscape, which features in several movies. Northwest is the fortified red-earth city of Aït Ben Haddou. Northeast is the rocky Todra Gorge. A road winds southeast through the Draa Valley’s lush palm groves to the desert.

We wil go via Taddert
• Taddert is a very charming little place, a some hundred houses, divided by the main road, climbing up the mountain side, with only one meter wide streets between the brown walls. The whole place is very enticing for people with a good camera.

• This place rarely gets snow in winter time, but it never get real warm in summer time either. Buses stop here for an hour, but careful travellers with their own vehicles, take a bit more time than that. People up here in the mountains are friendly, but not too brave with strangers. Many of them can be standing bashfully some metres from you, hoping that you make contact first.

Tiz‐in‐Tichka pass (2260m).
• Tizi n'Tichka is a mountain pass in Morocco, linking the south-east of Marrakesh to the city of Ouarzazat through the High Atlas mountains. It lies above the great Marrakesh plains, and is a gateway to the Sahara Desert

Continue onto Kasbah Telouat by the tarred road

Telouet Kasbah is a Kasbah along the former route of the caravans from the Sahara over the Atlas Mountains to Marrakech. The kasbah was the seat of the El Glaoui family's power, thus sometimes also called the Palace of Glaoui, and it was built in the 18th and 19th centuries

Aït Benhaddou is an ighrem along the former caravan route between the Sahara and Marrakech in present-day Morocco. Most citizens attracted by the tourist trade live in more modern dwellings in a village on the other side of the river, although there are four families still living in the ancient village

We then proceed to Boumalne

Boumalne Dades is a town in Tinghir Province, Drâa-Tafilalet, Morocco

Check in and enjoy some time at leisure

We head past Dades Gorges

• The Dadès Gorges are a series of rugged wadi gorges carved out by the Dadès River in Morocco. The river originates in the High Atlas range of the Atlas mountains, flowing some 350 kilometres southwest before joining the Draa River at the edge of the Sahara

Then proceed to the Todra Gorges

• The Todgha Gorges are a series of limestone river canyons, or wadi, in the eastern part of the High Atlas Mountains in Morocco, near the town of Tinerhir. Both the Todgha and neighbouring Dades Rivers are responsible for carving out these deep cliff-sided canyons, on their final 40 kilometres through the mountains

Post lunch, continue on your journey to Erfoud, check in dinner and accommodation at hotel.

Post lunch continue on your onward journey to Zagora

Zagora is a town in the Draa River valley in the Drâa-Tafilalet region of southeastern Morocco. It is flanked by the mountain Zagora from which the town got its name

After lunch, continue on your journey to Ouarzazate through the Draa Valley

Arrive at the check hotel and enjoy some time at leisure

Enjoy a City Tour of Ouarzazate, Tifoultout and Taourirt Kasbahs

Transfer to the airport for your onward flight services 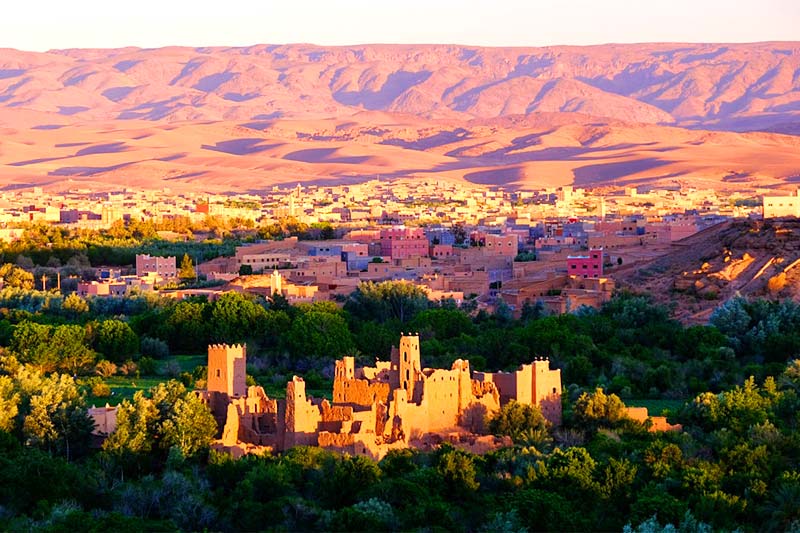 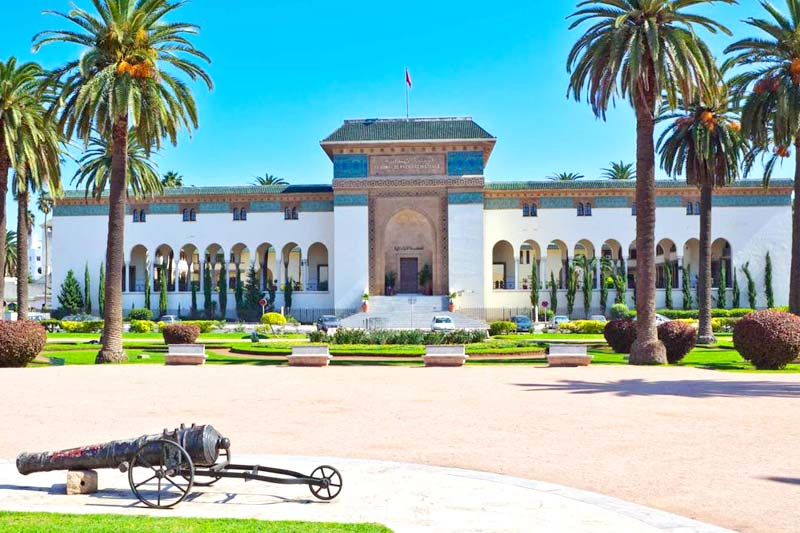 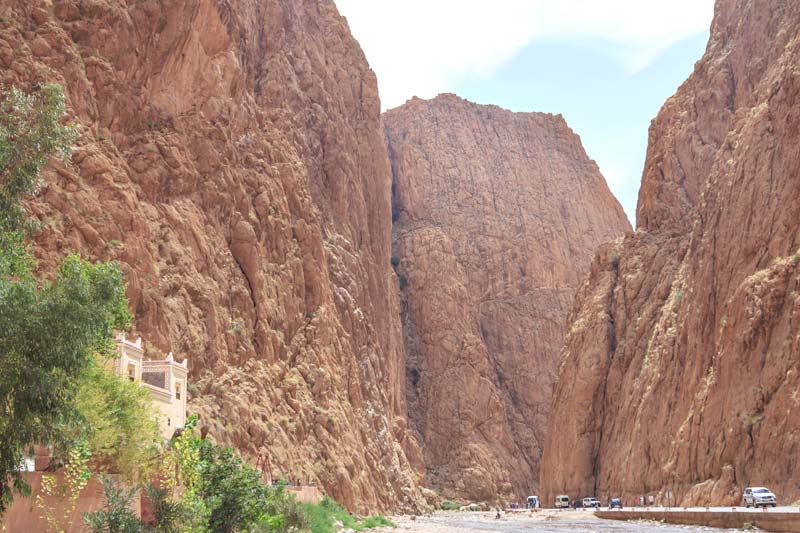 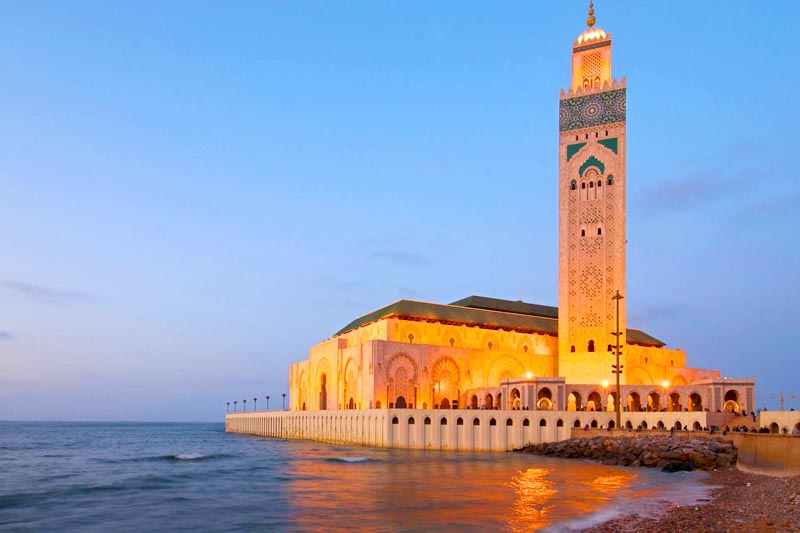 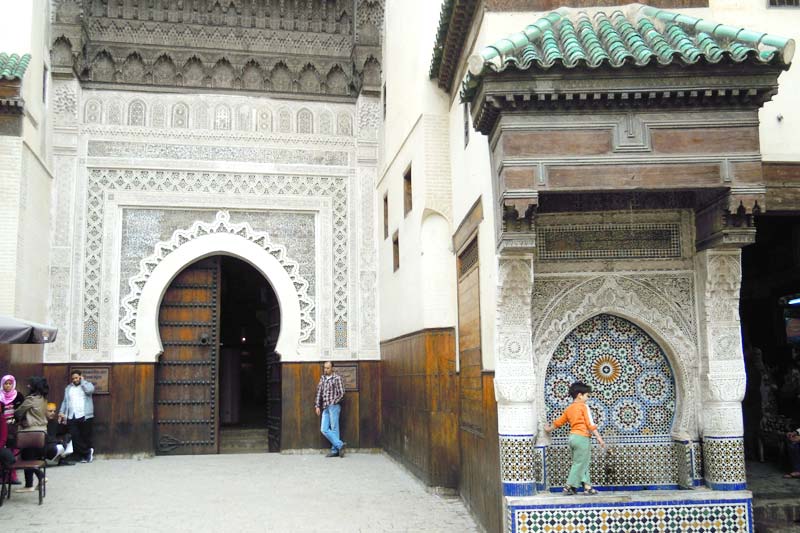  International Flights and Airport Taxes
 Visa Fees (if applicable)
 Medical & Travel Insurance
 Incidental tips to hotel/lodge staff
 Gratuity to tour driver/guide ( but this is not mandatory. It depends with the quality of service delivery)
 All expenses of personal nature
 Any entrance fees and guided excursions not included in the above itinerary
 Early Check In & Late Check Out
 Internal & Domestic Flights (priced separately)

Optional service: Full board supplement for 06 meals is available on request
(Including Diffa Fantasia dinner in Marrakesh)