Book Now
Enquire
Overview
Experience The Cuban way of Life, full of Music, Rum and the pulsating Rhythms of the Caribbean, a time warp back to the 50s with a Twist of modern and evolving fusions of today. Taste Classic Cocktails such as the Mojito, Daiquiri and Cuba Libre, Fresh seafood and some of the very best cigars in the world.
Detailed Itinerary

Upon arrival into Jose Marti Airport our representative will meet you after your customs clearance. Transfer you to your Lodge in A/C coaches.

Havana is the capital of Cuba since the 16th century, one of oldest cultural cities in the Caribbean: where the modern and the old co-exist, considered a step back in time. Cuba was Founded in the early 15th Century by the Spanish, setting up colonial rule on the island. Havana is an incredible city that impacts the architectural diversity of its neighbourhoods, Old Havana, rich and full of life where pulsating rhythms can be heard on every corner, was declared by UNESCO Cultural Heritage of Humanity in 1982.

Departure for a tour of the old Havana declared by UNESCO as a World Heritage Site in 1982. Visit the four squares and places around: The San Francisco de Asis Square; The Old square, the rum museum (entrance included); Plaza de Armas square with El Templete, where the first mass was offered and the first town’s council meeting held; Mercaderes Street; Palacio de los Capitanes Generales; Ambos Mundos Hotel where renowned American writer Earnest Hemingway lived and wrote For whom the Bell Tolls; the Cathedral Square and La Bodeguita del Medio. Lunch at a local restaurant.

Continue the trip with a visit to a Cigar Factory and after a panoramic tour in old American cars (classic cars – 1 hour) including the Museum of the Revolution (Former Presidential Palace), Central Park, Great Theatre of Havana, Capitol Building and continue to the Malecon seawall to connect the modern Havana including the Fifth avenue, Colon Cemetery, the University of Havana and the Revolution Square. Continue by car to the fortress of La Cabaña. Visit to the Morro-Cabaña lookout.

After early breakfast at 08H00 Departure to the community of Las Terrazas (50 km west Havana), near the border of the Province of Havana. It originated as a reforestation project in 1968. The surrounding mountains had been denuded by fire and short sighted agricultural techniques. A reservoir was created in 1971, and alongside it a model community was built taking its name from the hillside terraces planted with pines.

The scheme was so successful that in 1985 this area was declared the “Reserva Sierra del Rosario”, Cuba’s first UNESCO-sanctioned biosphere reserve. In 1990 an up market tourist resort was built just above the community to provide employment for the 850 inhabitants and in 1994 a hotel, La Moka, was opened and all the present workers are from Las Terrazas.

Included in this tour: visit to the ruins of the 19th-century Buena Vista coffee plantation,

Lunch at a local restaurant in the village.

Breakfast. Drive to Pinar del Rio, located in the western part of the country, where we can find the best tobbaco plantation in the world. Visit the Viñales Valley one of the most splendid landscapes that Cuba has to offer, including the Mogotes (enormous, mountainous buttes covered in lush and colourful vegetation) and the wall painted mural. Continue with a subterranean boat ride through the El Indio cave system. Lunch in the Palenque de los Cimarrones.

Return to Havana and lodge. Rest of the night free for leisure.

Departure to Cienfuegos declared by UNESCO a World Heritage Site, on the way visit Zapata Peninsula including Crocodile breeding farm, Indian village by boat and the Bay of Pigs. Continue to Cienfuegos, this city is one of the country’s major industrial centres. The beauty of its historic centre has earned Cienfuegos the name “pearl of the south”. Visit the Parque Jose Marti, the main square lined with buildings representing the finest examples of the city’s architecture dating from 19th and 20th centuries, the Tomas Terry theatre, the Palacio Ferrer and the Palacio de Valle, remarkable building built between 1912 and 1917. Lunch in A local restaurant. Continuation to Trinidad and lodge.

Full day city tour in Trinidad city, declared by UNESCO a world heritage site in 1988. The tour will include visits to The Romantic Museum or similar!!, which depicts the lifestyle and architectural design of Trinidad’s colonial past and La Canchanchara, an old house dating back to the 18th Century, where we can taste a unique Trinidad rum cocktail, made with sugar cane juice. Lunch at Plaza Mayor local restaurant.

Visit at Valle de los Ingenios before arriving to the city including Manacas Iznagas tower (entrance fee not included).

Free evening to enjoy Casa de la Trova. This is a bar famous for its music. Get there in early evening as it gets packed out later. The nightlife in Trinidad is probably the most accessible and intense in all of Cuba

Departure to Guanayara National Park.
08:00 am Pick up time at hotel; ride on Russians trucks or Jeeps to Guanayara.
Arrival to Guanayara Park where group will enjoy the wide variety of endemic flora and fauna, sites of extraordinary beauty, paths, natural pools, and the beautiful El Rocio falls. Walking through a 4 kms trail among the river and the exuberant vegetation with a specialized tour guide.
Creole lunch at casa La Gallega Restaurant at 550 meter above sea level.
After lunch, transfer back to Trinidad.
Return to Trinidad.
Rest of the night free for leisure.

Today you will enjoy a trip off Cuba’s Caribbean side as you board your catamaran for Cayo Blanco, a wonderful offshore key. Help yourself to as many drinks as you like on board, it’s an open bar. You’ll get the chance to swim and snorkel or just relax on the beach whilst a lunch of fish, lobster and shrimps is served. Return to Trinidad late afternoon.

Departure to Camaguey, founded in 1515 by Diego Velazquez, who possess a very present hispanic charm thanks to its twisting alleys, its forged irons, the typical ¨tinajones¨ used to save the rain waters and its backyards. Visit the restored city center and lodge in one of the charming boutique hotels.
Dinner at hotel.
Rest of the night free for leisure.

Departure to Santiago de Cuba with visit in transit of Bayamo, founded in 1513 is one of the seven original villas. Panoramic visit of the colonial city including the native house of Carlos Manuel de Cespedes the ¨father of the nation¨ and the Plaza del Himno. Continue to Santiago, the most Caribbean city of the country, heroic city cradle of the Revolution. At arrival short orientation tour of the city.
Dinner at hotel. Rest of the night free for leisure.

Discovering of Santiago, the second city of the country in importance, cradle of the Cuban music. Tour of the city including the colonial downtown. Visit of the house-museum of Diego Velázquez (dating 1515, one of the most ancient colonial homes of America) and the museum of the 26 of Julio (Cuartel Moncada, setting of the attack of 1953). Visit La Casa de la Trova, important institution dedicated to the traditional Cuban music (trova).
Continue to Santa Ifigenia cemetery where rest some of the most important personalities of Cuban history, like the father and mother of the nation, our national hero Jose Marti, Fidel Castro and many of his comrades of the July 26th movement. Visit of the Castillo del Morro on the bay of Santiago with its Museum of the Piracy.
Rest of the night free for leisure.

Departure to La Gran Piedra (enormous rock located at 1221 m of altitude). Visit the museum of La Isabelica that was in its time one of the most important plantations of coffee, founded by French colonists coming from Haiti.
Trekking in one of the trail of the spot (medium level of difficulty).
Lunch at a local restaurant.
Rest of the night free for leisure.

Day dedicated to the flight to Havana, including all transfers required.
Arrival to Havana. Rest of the night free for leisure.

After early breakfast, Departure for the airport in time to get your flight (three hours before departure).
Catch your flight back home

WE WISH YOU A NICE STAY IN CUBA... 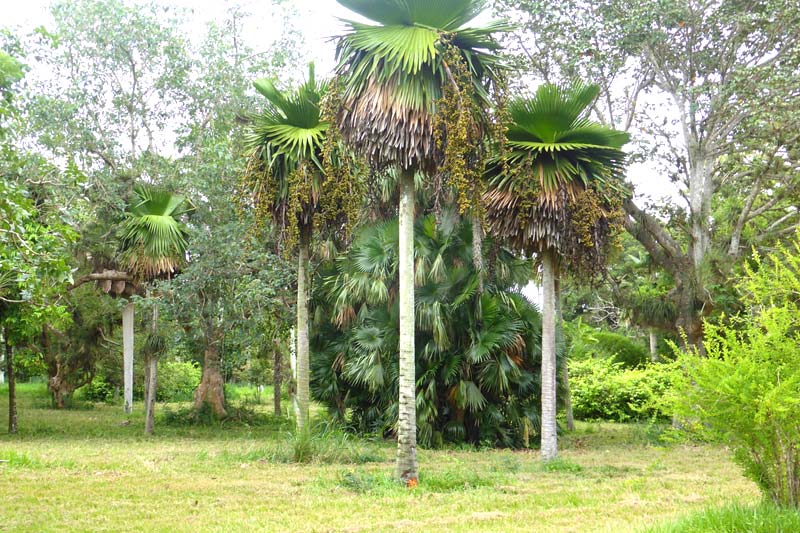 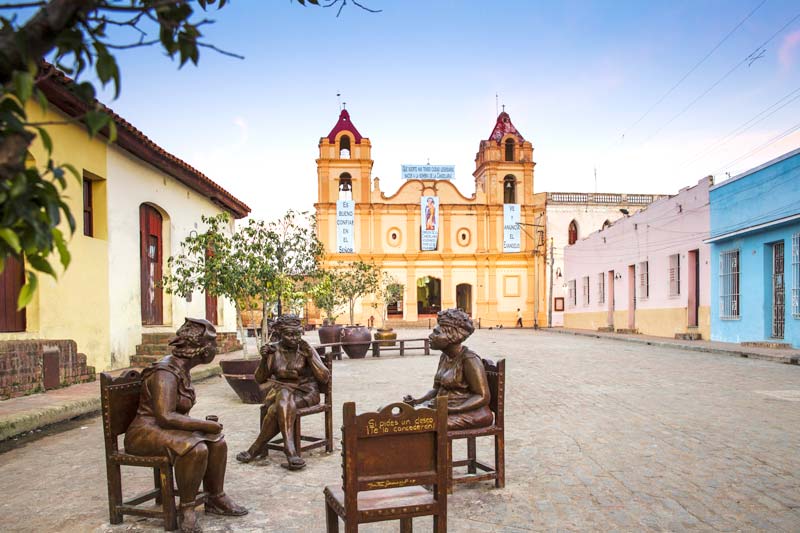 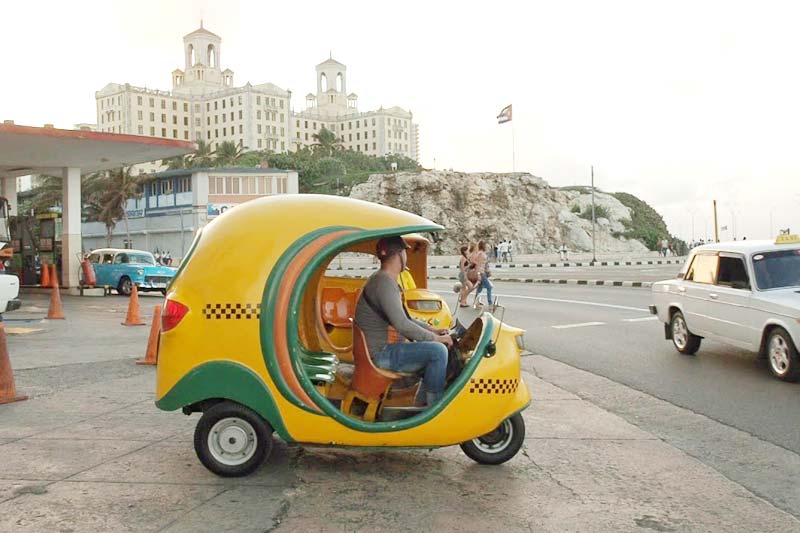 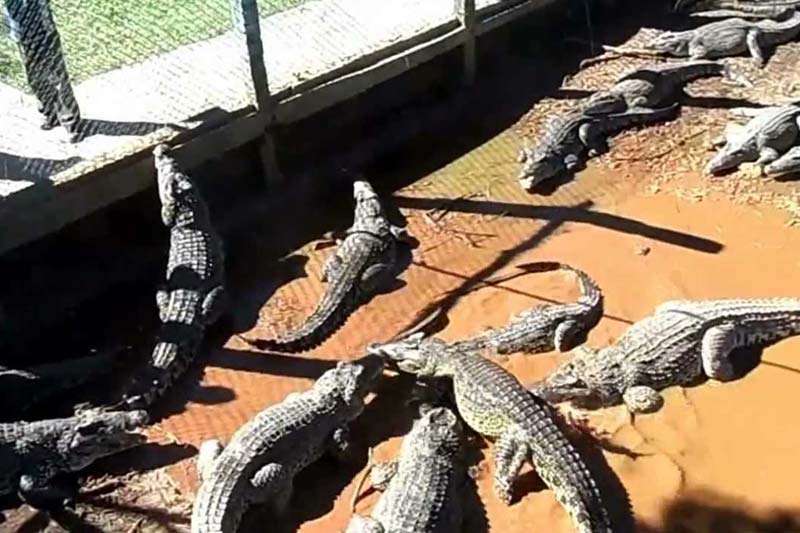