Arrival at Ben Gurion Airport, where you will be met by our representative and transferred to your hotel.
Overnight in Tel Aviv.

Drive along the coastal plain to Caesarea, once the Roman capital of the region; See the excavations of the Crusaders' city, the Roman port, aqueduct and the amphitheater that has been restored to its former glory as a concert venue. Proceed to Megiddo, identified as the site of Armageddon; Visit the archaeological excavations including the well-preserved water supply system. Continue to Daliat-el-Carmel, a Druze village and enjoy a late lunch at a local restaurant. Proceed via Mount Carmel to Haifa for a panoramic view of the Haifa bay and the golden domed Bahai shrine and gardens.
Overnight in a Kibbutz guesthouse.

Drive to Safed, the center of Jewish mysticism; Visit the ancient synagogues and the artists’ colony. Continue to the Golan Heights to see the former Syrian bunkers, Kuneitra and the new Israeli town of Katzrin. Stop at the Golan Winery for a tour and wine tasting; Proceed to "Golan Magic", for a multimedia presentation of the area and its history .
Overnight in a Kibbutz guesthouse.

Start the day with a visit to Nazareth; Visit the Church of Annunciation; Continue to Tiberias; Visit Capernaum to see the ruins of the synagogue and octagonal Church of St. Peter; Visit Mount of Beatitudes, where Jesus delivered the sermon on the mount .
Drive via Beit Shean to Beit Alpha to see the remains of the mosaic floor of an ancient synagogue depicting the zodiac.
Overnight in Jerusalem.

Start the day with a magnificent panoramic view from Mount of Olives.
Drive to the Old City; Visit the Tomb of King David and the Room of Last Supper on Mt. Zion. Enter the walled city and walk through the newly restored Jewish quarter. Visit the Roman Cardo, the Herodian quarter and continue to the Western Wall. Walk along the Via Dolorosa to the Church of Holy Sepulchre. Continue to Bethlehem*; view Rachel's tomb and proceed to visit the Church of Nativity and Manger's Square.
Overnight in Jerusalem.

* Site under the Palestinian Authority Jurisdiction. Visit subject to situation.

Drive to the Israel Museum; Visit the Shrine of the Book, where the Dead Sea scrolls are housed, and the miniature model of Jerusalem as it was during the Second Temple period; Proceed for a tour at the Knesset, Israel's parliament. Continue to visit Mount Hertzel cemetery and Yad Vashem, the memorial to the Holocaust . Drive through Mea Shearim, the ultra orthodox neighborhood in Jerusalem and learn about their unique lifestyle.
In the evening enjoy a middle eastern dinner followed by the spectacular "Sound & Light" show** at the Tower of David Museum.
Overnight in Jerusalem.

Drive through the Judean desert to the Dead Sea, the lowest point on earth, almost 1300 feet (400 meters) below sea level. Stop at Qumeran to visit the site where the Dead Sea scrolls were found. Drive along the shores of the Dead Sea to Massada. Ascend by cable car and tour the ancient fortress where the Zealots made their last stand against the Romans before committing mass suicide in 73 AD. Descend by cable car.
Continue to the Dead Sea; Cover yourself with the mineral rich mud and experience a swim in the Dead Sea** that many believe has its therapeutic effects.
Overnight in Jerusalem.

After breakfast, transfer to Ben Gurion Airport for departure. 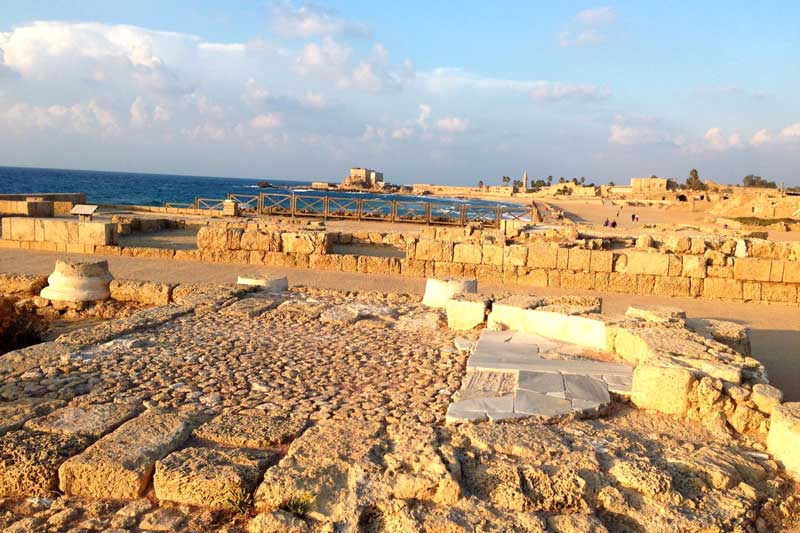 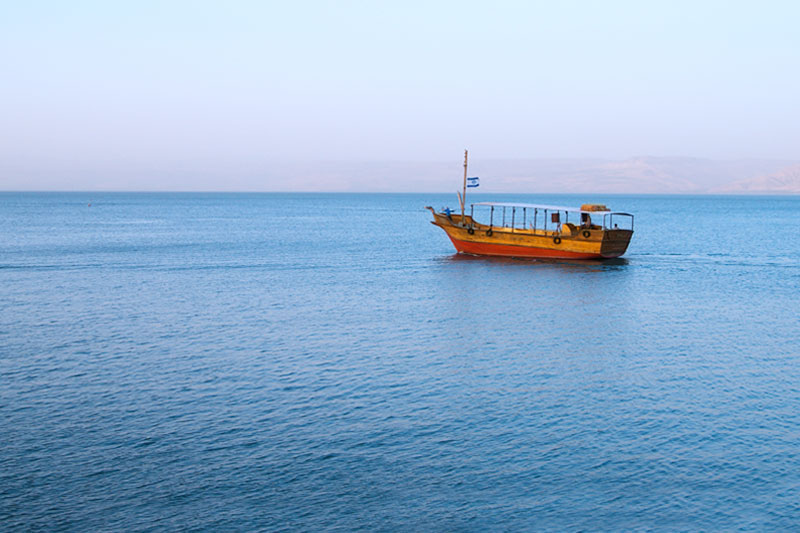 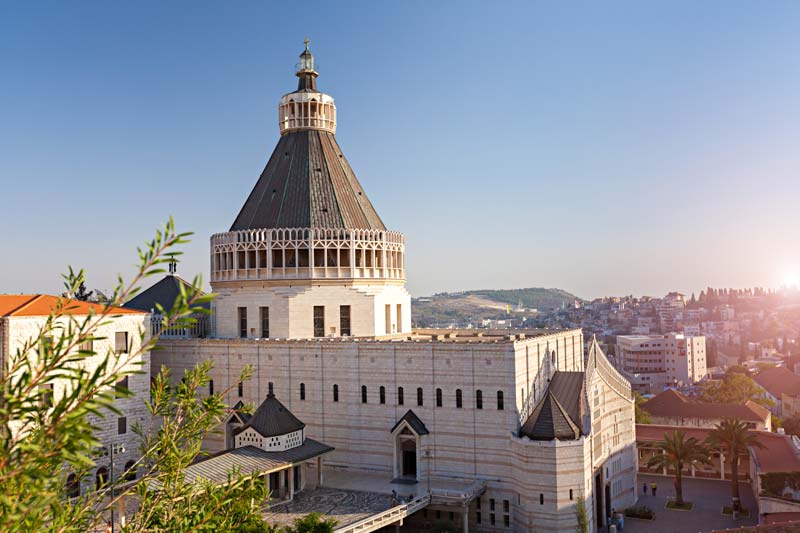 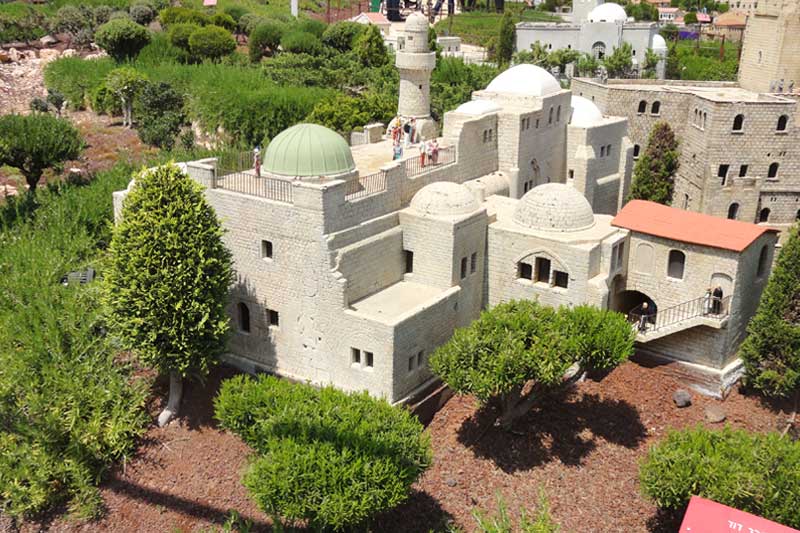 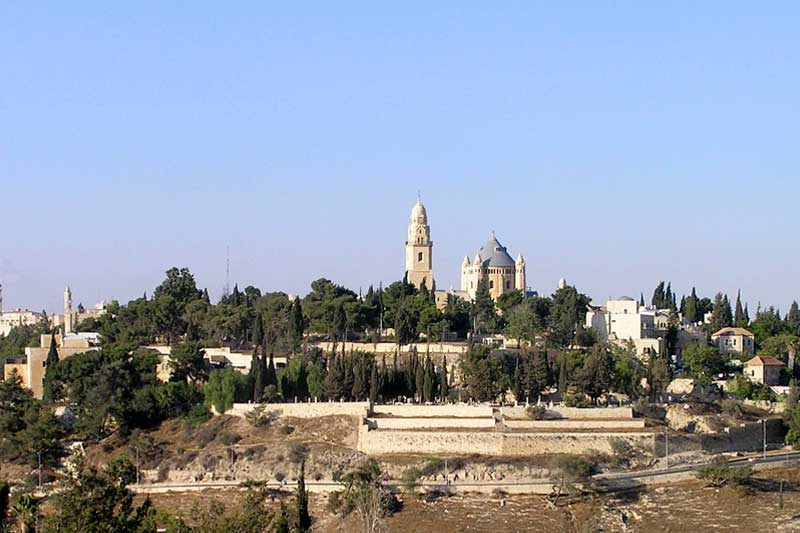 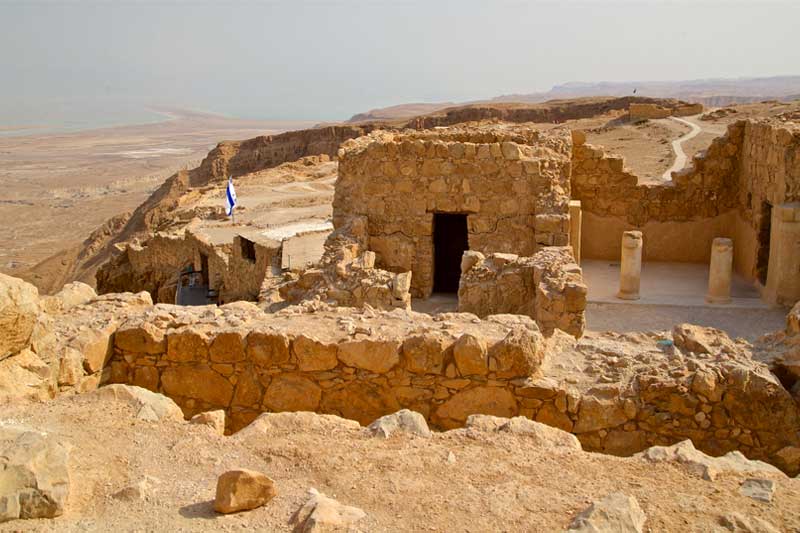 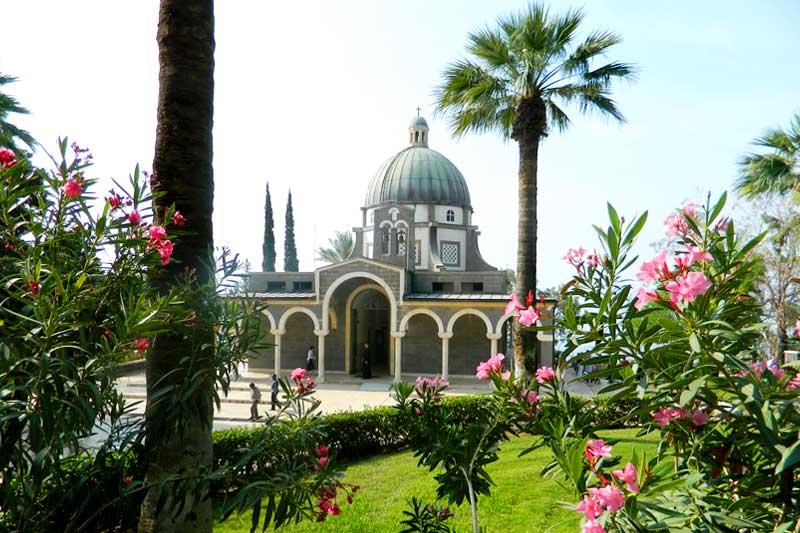 - Sharing transfer on arrival and departure (from/to Ben Gurion Airport)
- 9 nights accommodation on BED & BREAKFAST basis except Kibbutz Lavi on HALF BOARD BASIS
- 6 touring days as per itinerary, with English speaking guide
- Dinner in Jerusalem on Thursday followed by a Sound and Light show at David Citadel
- Lunch at a Druze village on Sunday
- Entrance fees to the sites visited as per itinerary

Child price on request
*** Program sequence is subject to change without advance notice.