After breakfast Transfer to Udaipur airport to board your flight to Mumbai Meet upon arrival check-in at Hotel.

Half day visit to Gateway of India, Mumbai's principle landmark. This arch of yellow basalt was erected on the waterfront in 1924 to commemorate King George V's visit to this colony in 1911. Drive past the Afghan Church. Secretariat of Maharashtra Government and along the Marine Drive which is fondly known as the 'Queen's Necklace'. Visit Jain temple and Hanging Gardens which offer a splendid view of the city, Chowpatty, Kamala Nehru Park and also Mani Bhavan where Mahatma Gandhi stayed during his visits to Mumbai. Drive past Haji Ali Mosque, a shrine in honor of a Muslim Saint on an island 500 m. out at sea and is linked by a causeway to the mainland. Stop at the 'Dhobi Ghat' where Mumbai's 'dirties' are scrubbed, bashed, dyed and hung out to dry. Watch the local train passing close by on which the city commuters 'hang out like laundry' - a nice photography stop. Continue to the colorful Crawford market and to the Flora fountain in the large bustling square, in the heart of the city.
Overnight at Hotel (breakfast)

After breakfast later transfer to airport to board flight to Bangalore upon arrival meet and assist and drive to Mysore via will visit the ancient fort at Srirangapatina, situated at a short distance from Mysore, to visit the summer palace and fort of Tipu Sultan, an erstwhile ruler of Mysore.
Upon arrival check in the hotel.

After breakfast embark on a guided tour of Mysore. Your tour will begin with a visit to the stunningly beautiful Mysore Palace, a defining landmark in Mysore. Your guide will narrate the history of the palace, of the family of rulers that lived here and their significance in the history of South India. Later you will visit the church dedicated to St. Philomena and then the Mysore market.

After you will then return to Mysore and drive to the top of Chamundi Hill where you will visit a temple dedicated to a Hindu goddess named Chamundeswary. Descending the hill on your return to Mysore you will see enormous statues of a mythological figures from Hinduism, of a demon named Mahishasura and a celestial black bull named Nandi (bull).

Post breakfast, drive to Ooty "the queen of mountain resorts." It used to be popular in summer and weekends for the British during the colonial Era. The establishment here of numerous tea plantations created the fame of Ooty.

Noble mountains, dense forests, extensive meadows and miles of tea gardens greet passengers on their route. Visit of a tea plantation during the Afternoon. On arrival check-in at hotel. Evening at leisure

After breakfast Morning Proceed to Ooty, Take a toy Train from Ooty –Coonoor.

After breakfast start a drive to Cochin upon arrival assistance and check into hotel.

After breakfast at hotel, proceed for sightseeing of Kochi visiting St. Francis Church and the Santa Cruz Basilica. While driving along the coastline, at the Harbor’s mouth, one can also view the unique and still-in-use "Chinese Fishing Nets" which were introduced by the Chinese traders in the 14th Century. The tour ends in the Fort Kochi area where you can walk through the historical Dutch and Portuguese buildings. Some parts of this nearly 500-year-old Fort are still amazingly well preserved.

Evening: Witness India's most spectacular Kathakali Dance show drama based on stories from Ramayana and Mahabharata. The dancers are elaborately made up with paint and masks, accompanied with drummers and musicians.

After Breakfast visiting the Dutch Palace, the Jewish Synagogue - (which remains closed on Fridays). Later on drive to Alleppey & check-in to Houseboat, Your house boat carries you slowly down palm-hung waterways, past backwater settlements of thatched and tiled cottages, bright with cartons and hibiscus. You set your own pace: stopping where you like, resting when you like, and indulging yourself with the freshest of foods bought from the farmers and fishermen on the banks of the backwaters. You are always within the reach of other people & yet no one can intrude into your lives if you don’t want them to.

Early in the morning you can have the panoramic view of sunrise from your houseboat. After breakfast dis-embark your houseboat and drive to Kovalam upon arrival assistance and check into hotel.

Full day on leisure you are free to explore on your own. (No Transpiration / No Guide)

After breakfast drive to Trivandrum and check into hotel then proceed for city sightseeing as per below details.

• Sri Padmanabhaswamy Temple: This 260-year old temple has a Gopuram that rises 30 meters in the sky and intricately carved pillars which are beautiful. (Non Hindus are not allowed inside of temple)

• Napier Museum: This is an art and natural history museum which houses a collection of archaeological and historic artefacts, bronze idols, ancient ornaments, a temple chariot and ivory carvings. (Closed on Mondays, Wednesdays & Govt. Holidays)

This morning after breakfast you will be transferred to Trivandrum airport to board your flight for onward destination. Room will be available till 12 Noon. 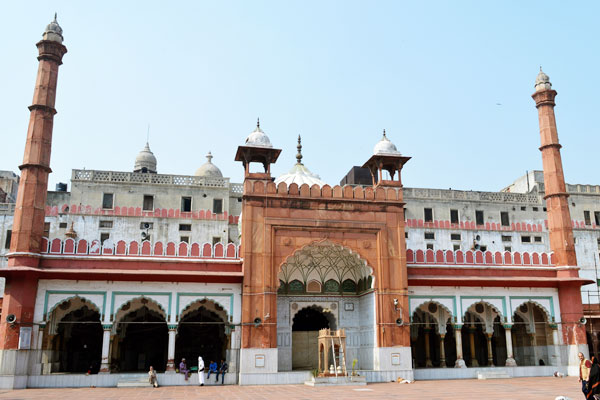 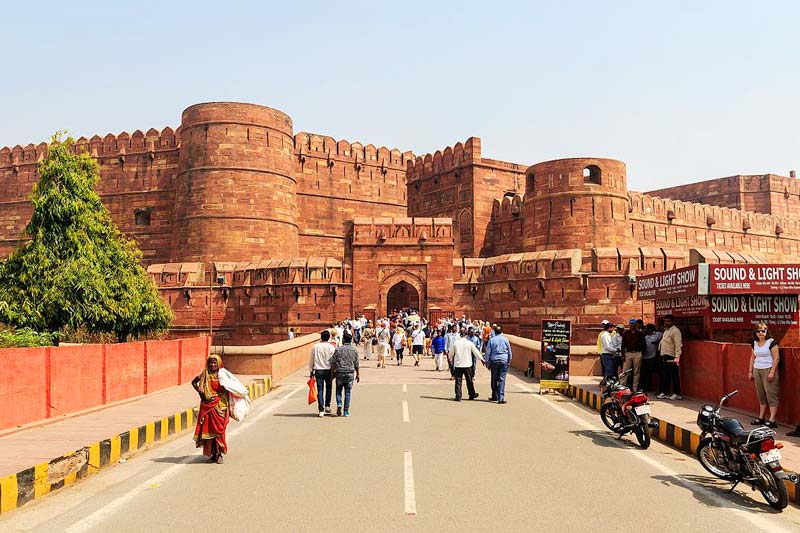 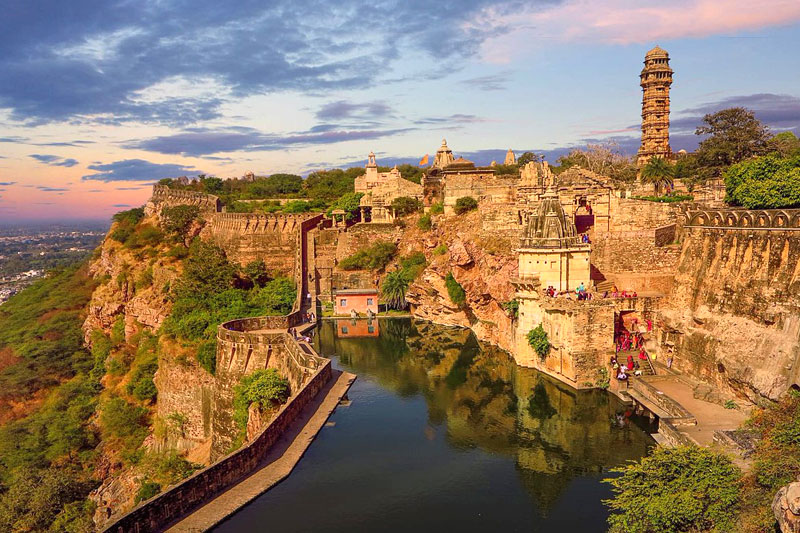 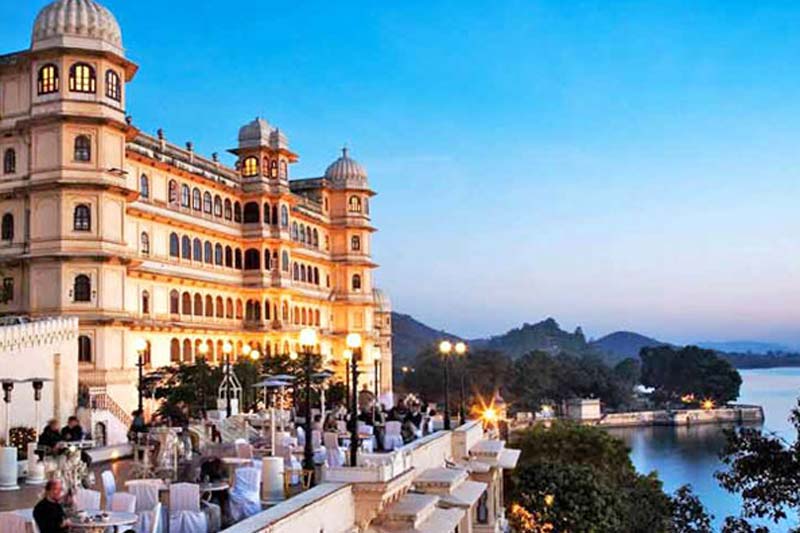 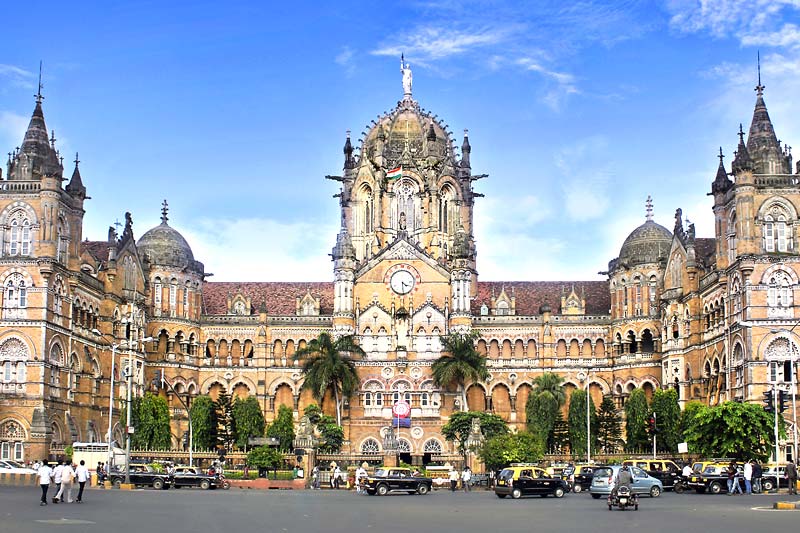 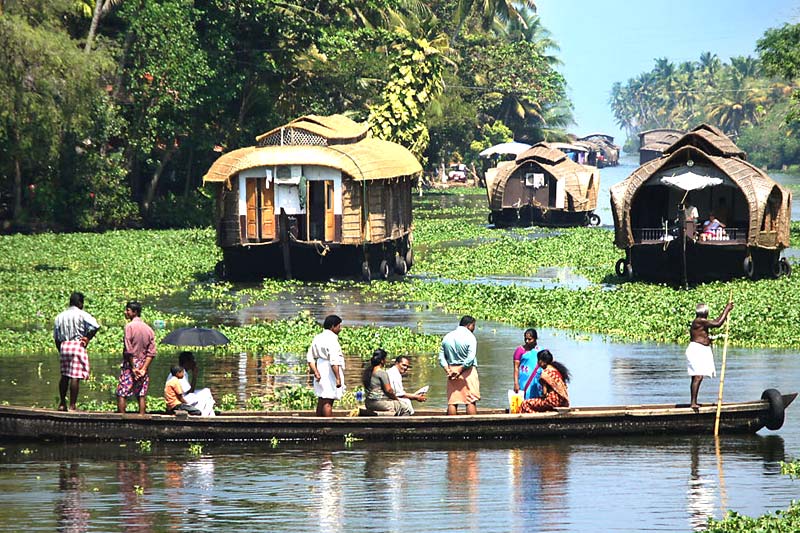 Any item of personal nature such as table drinks, Laundry, Telephone calls.
Camera fees (Still/video) at any monuments
Any tipping, gratuities or porterage anywhere
Lunches, Dinner unless specified
Any International airfare/Visa Fees
Any item not mentioned in above cost inclusions