Book Now
Enquire
Overview
The Philippines is an archipelago bounded by the Pacific Ocean to the east the Bashi Channel to the north the Sulu and the Celebes Seas to the south. You can find us East of Vietnam, North of Indonesia. The country is divided into the geographical areas of Luzon, Visayas and Mindanao. Its capital, the City of Manila, is in Luzon. You can also enter through the cities of Cebu in the Visayas, and Davao in Mindanao. Mabuhay! The country is made up of 7,107 islands. Some have grown into cities. Some are the epitome of tropical dreams. Some are just long enough to lay down on and get a tan. Big. Small. Sandy. Sunny. Relaxing. Exotic. Beautiful. Our little clutch of islands makes for one long stretch of beach – more than 15,500 kilometers. Here, no one is more than two hours away from a beach-side lounge chair — which explains why everybody knows how to smile and have fun!

After breakfast in the hotel, depart and proceed for a walking tour of Intramuros and its surroundings.
For hundreds of years, the walled city of Intramuros was Manila: the nerve center of the Spanish occupation in the Philippines, home to several thousand Spanish colonists, their families, and their Filipino servants. Intramuros was erected on the ruins of a Malay settlement at the mouth of the Pasig River. Its strategic location attracted the attention of the conquistador Miguel Lopez de Legazpi, who took over the area in 1571 and proclaimed it as the Philippine colony's new capital.
For 400 years, Intramuros was the center of Spanish political, religious, and military power in the region. The walled city suffered grievously through World War II; only San Agustin Church was left standing by war's end.
Continue your journey to San Miguel, Manila
Lunch at Casa Roces, a fullservice restaurant and café located in the gentle district of San Miguel, Manila, right across the most prestigious address in the country: Malacañan Palace. Drawing inspiration from the Roces family’s long line of freedom-fighters, pioneer journalists and artists, the quaint ancestral home has been reborn into a stylish restaurant best described as classic-meets-contemporary.
Continue your tour and visit Malacanang Palace- The Presidential Museum and Library is the primary office within the Office of the President responsible for preserving,
managing, and promoting the history and heritage of the Philippine Presidency, and particularly of Malacañan Palace as its official seat. It is the principal historical and artistic repository in support of the institution of the Presidency and for the benefit of the Republic and the Filipino people.
At 7PM Cocktails/ Dinner at Café Ilang-Ilang at the Manila Hotel
Defined by its history, elegance, and world-class service, the Manila Hotel maintains to be the choice hotel of the most distinguished clientele. Over the years, Manila Hotel continuously provides the best services and amenities for truly memorable experience Back to hotel
Overnight accommodation

After breakfast in the hotel , depart for Lumban, Laguna
“Burdang Lumban” | A Philippine Embroidery
Embroidery remains to be the queen attraction of Lumban, Laguna. Visit old houses and spend the morning embroidery class with local embroidery artist in Lumban, Laguna. You will see a demonstration of the technique of “burda” to transfer designs to fabric. Lumban is famous for Barong Tagalog and local dresses made with finest pineapple fiber and banana fiber. Lunch will be served in one of the Heritage houses.
After lunch, enroute to Paete, Laguna
“Ukit” | Woodcarvings of Paete and Its Masters
Paete is known to be the “Carving Capital of the Philippines.” The tradition of pagukit dates back since time immemorial. Even the National Hero, Jose Rizal, mentioned its works in one of his novels. The exquisite talent of Paetenos have reached overseas with some of their works reportedly displayed and used in some countries such as the Vatican and United States.
Before the Spaniards came, Paete was said to be a peaceful barangay under Gat Lacampauid. The Spanish friars had a tradition of naming towns they built in honor of saints. Paete was an exception. Legend has it that there was once a young Franciscan priest who was tasked by his superior to visit their newlyfounded settlements alongside Laguna de Bay. The priest knew little about the terrain so he asked a native the name of the place. The latter misinterpreted the young friar, thinking that the former wanter to know the name of the tool he was using. He answered “paet” (chisel) – thus, the name Paete.
After the tour proceed to Villa Escudero Resort & Plantation
Overnight accommodation

After breakfast in the hotel, experience the allure of Philippine country life at Villa Escudero Plantations & Resort, a self-contained working coconut plantation. It has a worldwide reputation as a showcase for the Philippines' rich cultural heritage. A carabao drawn cart-ride brings you around the plantation. For lunch, traditional Filipino cuisine is served beneath a man-made dam with your feet immersed in cool rushing waters.
Rest of the day is free at leisure
Overnight accommodation
Breakfast and lunch included.

After breakfast in the hotel, rest of the day is free at leisure
Overnight accommodation

After breakfast in the hotel, rest of the morning is free at leisure
Arrive in Manila later in the afternoon, check-in at Hotel Celeste (Boutique Style)
Overnight accommodation
Breakfast included.

After breakfast in the hotel, check-out and travel by land to Bataan via Mac Arthur National Highway (traveling time is approximately 4-5 hours)
Arrive at Bataan and check-in at Las Casas Filipinas de Acuzar
Visit a living museum of Philippine customs and traditions of the 18th to early 20th century. Enjoy the restored Historical Principalia, noble class mansions, House of Stone, Bahay na Bato, and wooden stilt houses that were once old and decaying architectural pieces of a bygone era and slowly fading into the background of modern urban life.
After being slowly and carefully reconstructed, these historical buildings make up a picturesque setting reminiscent of a Juan Luna or Amorsolo paintings, set against a backdrop of majestic mountains, expansive rice fields and a running river that flows to
the sea.
Walking along village cobblestone streets or riding one of the caruajes (horse-drawn carriages) commands a feeling of nostalgia and wonder, romance and appreciation of simple living at its best.
At Las Casas Filipinas de Acuzar, the legacy of our forefathers and the beautiful Filipino
traditions live on. It is a step back into the past, reliving the age-old traditions and
practices distinct to our culture, without leaving the luxury and comforts of the modern
world. A showcase of Filipino talent, ingenuity and craftsmanship, Las Casas Filipinas de
Acuzar takes pride in the past...and keeps its hope for the future.
Overnight accommodation

After breakfast in the hotel, depart hotel for Mt. Samat National Shrine
Mount Samat National Shrine or Dambana ng Kagitingan (Shrine of Valor) is a historical shrine in the Philippines, dedicated to the fallen Filipino and American soldiers who fought during World War II. It is located near the summit of Mount Samat in the town of Pilar, Bataan.
The memorial shrine complex consists of the Colonnade and a Memorial Cross. The
Colonnade is surrounded by an esplanade and at its center is an altar. On the left side is
the entrance to the museum. Behind the Colonnade, there is a footpath that leads to
the Memorial Cross.
The Memorial Cross is located at the highest point of Mt. Samat, at 555 MASL. The cross has a height of 95 meters from the base. There is an elevator that services the central rod of the cross and a viewing gallery at the cross’s arms. There you have a panoramic view of Bataan. You can view there the two mountains of Bataan, Mt. Mariveles and Mt. Natib.
Lunch at a local restaurant
Continuation of the tour and back to hotel in the afternoon
Overnight accommodation

After breakfast in the hotel, rest of the day is free at leisure
Overnight accommodation

After breakfast in the hotel, check-out and travel by land to Manila
Arrival in Manila and proceed to International Airport for your flight back home 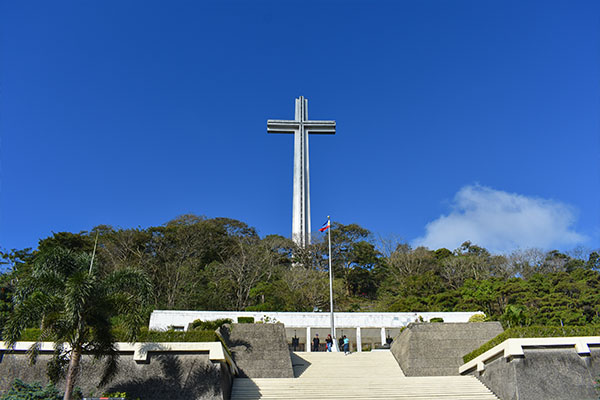 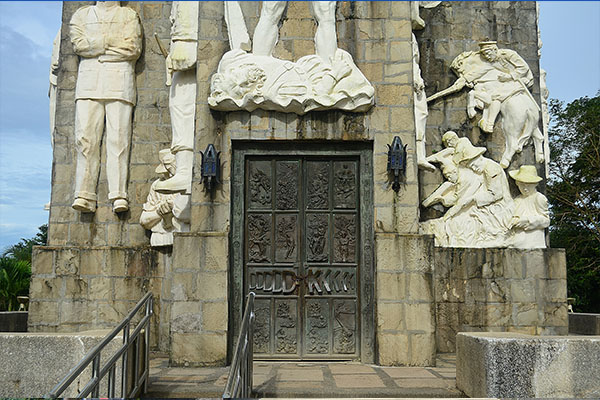 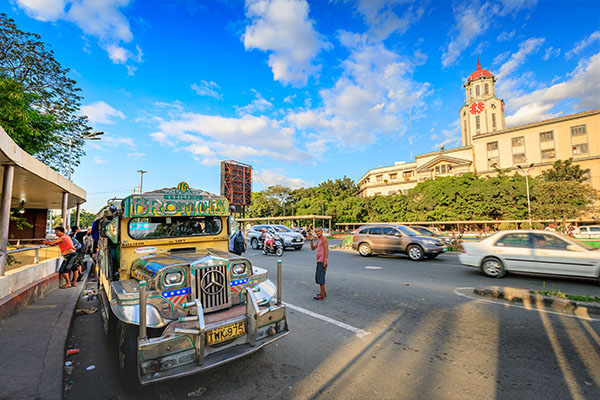 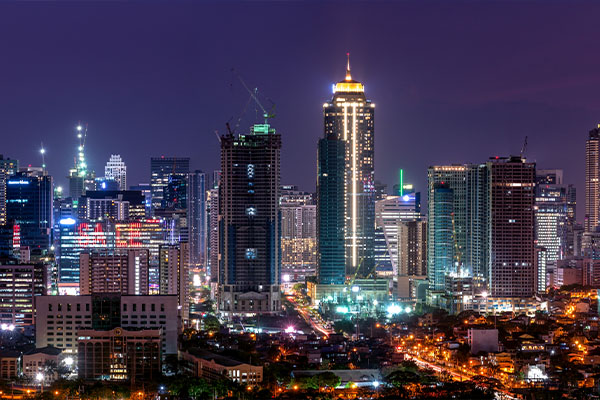 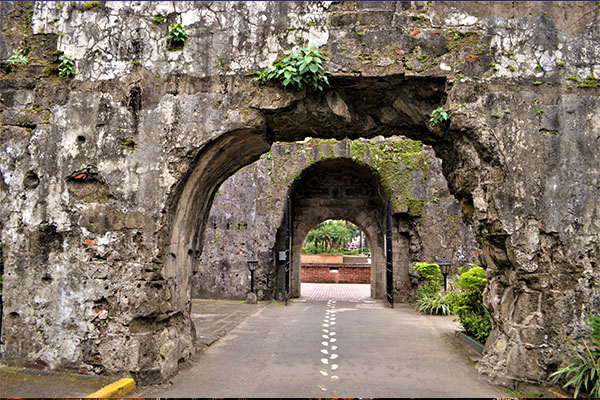 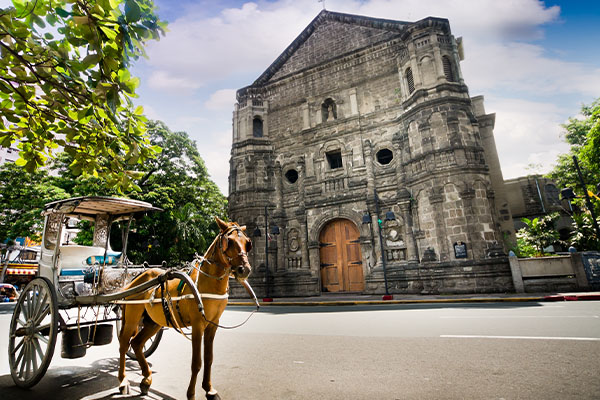 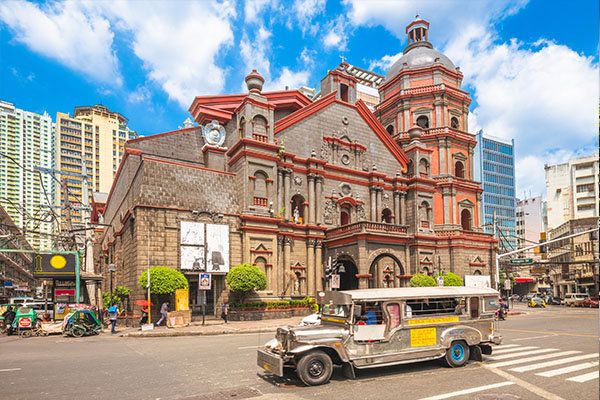 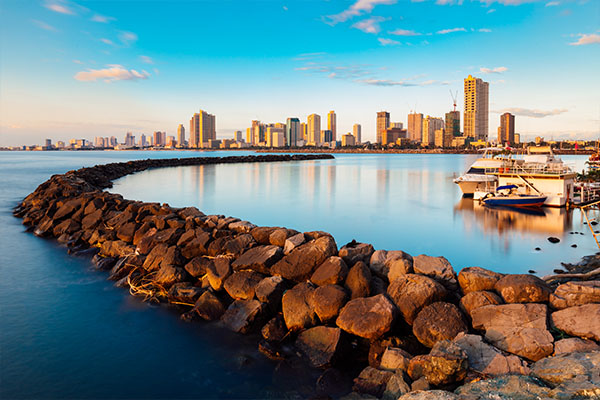 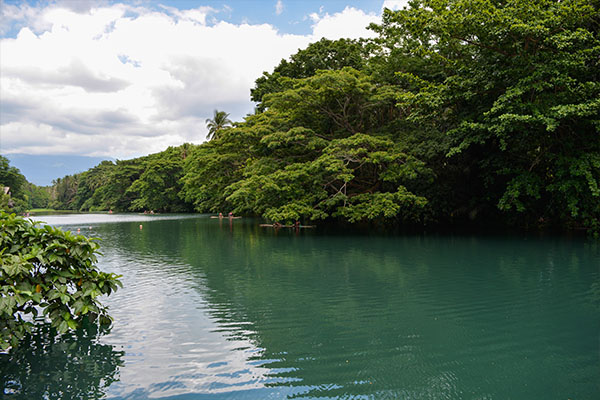