Book Now
Enquire
Overview
Experience the very best of Scandinavia including the Scandinavian Capitals. The Norwegian Fjords and Russia.Be treated to the Rich Cultural and Historic Heritage of these Capitals and the wild nature of the Fjords .Enjoy this fabulous part of the world and appreciate a fantastic blend of history, culture and natural scenery.

Arrival to Copenhagen Airport, meet & greet by English-speaking representative, for Regular Arrival Transfer Service to the hotel* for check-in (Please see notes below for this service). Please consult the letter, which you will receive upon check-in at your hotel, and kindly note where and when to meet your tour leader. A short welcome meeting will be held in the evening, where you will receive information on the upcoming tour program. The rest of the day is at leisure. Optional: Tivoli Gardens on request.

After breakfast Breakfast at the hotel. This morning we depart by private coach with our guide for a panoramic sightseeing tour of Copenhagen. This tour will be the perfect introduction to “Wonderful Copenhagen”. We begin with a drive towards the City Hall Square where the famous pedestrian street “Stroeget” begins. Passing by Tivoli Gardens and onwards past the New Carlsberg Glyptotheque and the National Museum. Next, it is the Old Stock Exchange and the Naval Church. We drive past the Kings New Square, the home of the Royal Danish Theatre with the world-famous ballet, then through the old canal area, Nyhavn, with is picturesque houses and boats. We continue to the impressive Gefion Fountain and the Royal residence, Amalienborg Palace. Finally, we stop by the landmark of Copenhagen, the statue of the Little Mermaid. During the tour, you can also delight in Christiansborg Palace from the outside, as well as Rosenborg Castle, which houses the Crown Jewels. The tour ends at the hotel. Optional: Copenhagen like the Danes on request.

After breakfast your time is at leisure.In the afternoon transfer to the pier by private coach to embark on the DFDS Seaways overnight ferry. At approximately 14:15 departure to Oslo. Buffet dinner will be served on board.

After breakfast on board. Arrival to Oslo at 09:45, after disembarking we will board our private coach. We drive across Hoenefoss, Nesbyen surrounded by a landscape, which alternates between forests of pines and lakes to arrive in the beautiful Hallingdal Valley. Proceed through Gol followed by Geilo, a small town surrounded by mountains. We continue to Hardangervidda and visit the Voringfossen waterfall, and continue to Eidfjord, where our hotel is located. Check-in. The evening is at your leisure.

After breakfast at the hotel. This morning you will cross the splendid Hardangerfjord, by travelling across Hardanger Bridge. This Bridge has one of the longest suspension bridge spans in the world. After reaching the other side, we will continue along the fjord, passing by Nordheimsund and crossing birch forests until we arrive in Bergen – known as the capital of the fjords. In the afternoon, a panoramic sightseeing tour is included during which we will delight in St. Marys Church, Haakon’s Hall, the colourful and picturesque fish market and the old Bryggen area (No entrances included). The evening is at your leisure.

Optional: Floeibanen – View Bergen from the peak of Mt. Floeyen on request

After breakfast at the hotel. The morning is at your leisure to further explore the stunning fjord capital of Bergen. Early afternoon departure from Bergen and travel to the historic town of Voss, with a stunning background of snow clad mountains. After a short break, the journey continues towards Naeroy valley where our hotel is situated. The rest of the afternoon is at leisure to enjoy the breath-taking views down the Stalheim Gorge. Dinner is included at the hotel.

After breakfast at hotel , you will board the coach that continues down the Naeroy valley to Gudvangen where we embark on a ferry along the Naeroy ord, one of the narrowest and most popular journeys in Norway. Disembark in the stunning village of Flaam where you will have some free time if you do not choose to join the optional tour with the famous panoramic train ride Flaamsbana.

After breakfast, we travel towards Oslo, leaving the mountains behind us. Early afternoon arrival in Oslo and check-in to the hotel. Experience a panoramic sightseeing tour of the Norwegian capital, beautifully situated by a fjord. We will enjoy the view from the Opera house, visit The Vigeland Park and pass the Royal Palace and the main street, Karl Johan. The tour ends at your hotel from where you will have the evening to further explore the Viking capital at your own pace.

After breakfast at the hotel. Depart Oslo and travel (by private coach or by train) to Stockholm, passing through Norwegian and Swedish forests and the region of Varmland, home of many Nordic legends. Late afternoon arrival to Stockholm, capital of Sweden, for check-in to the hotel. The evening is at your leisure.

After breakfast at the hotel. Meet your guide and depart by private coach for a 3-hour city sightseeing tour of Stockholm. The city, built on 14 islands, connected by 57 bridges, embraces the unique character of 13th century Old Town with modern high-tech architecture. Stockholm is proudly called “Beauty on Water”. The sightseeing tour includes the chance for an outside view of the historically significant City Hall, the place of the Nobel festivities. Feel the medieval atmosphere of the Old Town “Gamla Stan”, with its Cathedral and Stortorget, where the Stockholm Blood Bath took place. The tour also includes a drive to Fjallgatan where you will enjoy picturesque views of Stockholm. The tour ends at the hotel. The afternoon is at leisure.

After breakfast at the hotel. The morning is at your leisure. In the afternoon, transfer to the pier by private coach to board one of the comfortable overnight ferries of the Tallink Silja Line, sailing along the Baltic Sea, bound for Helsinki

After breakfast is served on board before arrival to Helsinki. Private transfer to the hotel followed by a panoramic sightseeing tour. Meet with your local guide for a city sightseeing of the capital of Finland, also known as “The Daughter of the Baltic Sea”. The tour includes the Senate Square, the University and Lutheran Cathedral – all displaying neoclassical architecture of the 1840’s, the colourful Market Square by the sea in the South Harbour, Kaivopuisto Park and diplomatic residences, the imposing statue of Marshal Mannerheim, the Parliament Building, Finlandia Hall, the Orthodox Russian Church Uspenski and the Sibelius Monument. A visit is also made to Temppeliaukio Church – called the “Rock Church” as it is carved into solid rock (the church reserves the right not to allow the entry of visitors in case of ceremonies

After breakfast at the hotel. The morning is at leisure. In the afternoon depart Helsinki (by private coach or by train. To be confirmed in situ) and travel to St. Petersburg, founded in 1703 by Tzar Peter the Great and one of the most beautiful cities in Europe. Also known to the world as the “Northern Capital of Russia” and “the Venice of the North”, St. Petersburg was virtually unharmed by the 1930-50s Stalinist reconstruction, and its downtown dazzles the eye of the visitor with splendid palaces, stylish monuments, straight avenues, beautiful bridges, and other attractions. St. Petersburg is filled with history and mystery. Arrival at St. Petersburg and transfer to the hotel for check-in.

After breakfast at the hotel. In the morning, we will be met by a local guide for a panoramic city sightseeing tour, which will cover some of the many highlights of the city. We will drive along the Nevsky Prospect – the heart of the city, and make picture stops at the Spit of Vasilievsky Island, the Senate Square, The Peter and Paul Fortress, St. Isaac’s Cathedral, the Art’s Square and the Russian Museum as well as at the two magnifi cent churches, the “Spilled Blood” and the Nikolsky Cathedral. The city tour ends at the hotel. The rest of the day is at leisure to further explore this magnifi cent city and its treasures. Your tour escort will provide you with suggestions for tours

After breakfast , we meet our local guide to continue our adventure in this charming city. You will visit The State Hermitage Museum, which occupies six magnificent buildings situated along the embankment of the River Neva, right in the heart of St. Petersburg. The leading role in this unique architectural ensemble is played by the Winter Palace, the residence of the Russian Tsars that was built to the design of Francesco Bartolomeo Rastrelli in 1754-62. This ensemble, formed in the 18th and 19th Centuries, is extended by the eastern wing of the General Sta¬ building, the Menshikov Palace and the recently constructed Repository. Put together throughout two centuries and a half, the Hermitage collections of works of art (over 3,000,000 items) presents the development of world culture and art from the Stone Age to the 20th Century. Today the Museum is creating a digital self-portrait to be displayed around the world. The tour ends at the hotel. The evening is at leisure.

After breakfast at the hotel. Transfer with local guide from your hotel to the Railway station, where we will board the Sapsan Train bound for Moscow. This train ride takes you through endless Russian landscapes and along the Volga River. Afternoon arrival in Moscow and transfer to your hotel Intercontinental Moscow Tverskaya, located on the main avenue of the city, Tverskaya. The evening is at leisure

After breakfast at the hotel. This morning starts with a full day privately guided panoramic sightseeing tour of Moscow. We will see many ancient churches and cathedrals, some of them dating as far back as the 15th century, many of them having been restored or even built again; beautiful theatres and palaces; modern business complexes and hotels; buildings of late Soviet architecture such as the Moscow State University and the Central Stadium in Luzhniki, which hosted the 1980 Olympic Games. Moscow, with its some 10 million inhabitants, is vast and at times chaotic. We will visit the historic centre of the city, which includes the Red Square, Sofi iskaya Embankment, St. Sophia Cathedral, and the panorama of the Kremlin walls. We will also see the modern part of the city which includes the Vorobievy (Lenin Hills) – the highest place in Moscow, providing a beautiful view of the city and Poklonnaya Hill where there is a monument commemorating.

After breakfast at the hotel. We meet our local guide for a half day excursion, which includes a privately guided tour of Kremlin Territory with Armoury Chamber. During this tour we will walk through the Kremlin grounds and visit the Armoury Chamber with its famous collection of Faberge eggs, jewels and royal thrones. The word Kremlin (Kreml) means a fortress or walled town; Moscow’s is the biggest and most famous. The earliest ramparts were of earth and wood, but successive rulers raised and strengthened the defences after every attack. The present brick walls date from the 1490s, though they have been frequently restored. End of the tour at the hotel. The rest of the day is at leisure.

Optional: River cruise on the Moscow river on request

After breakfast at the hotel. An English-speaking representative will meet you for the Regular Transfer Service to Moscow Airport* (Please see below notes below for this service). 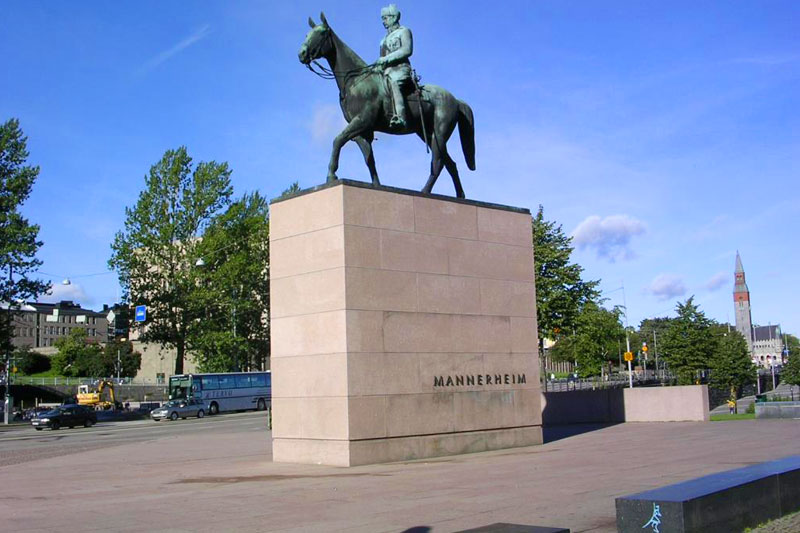 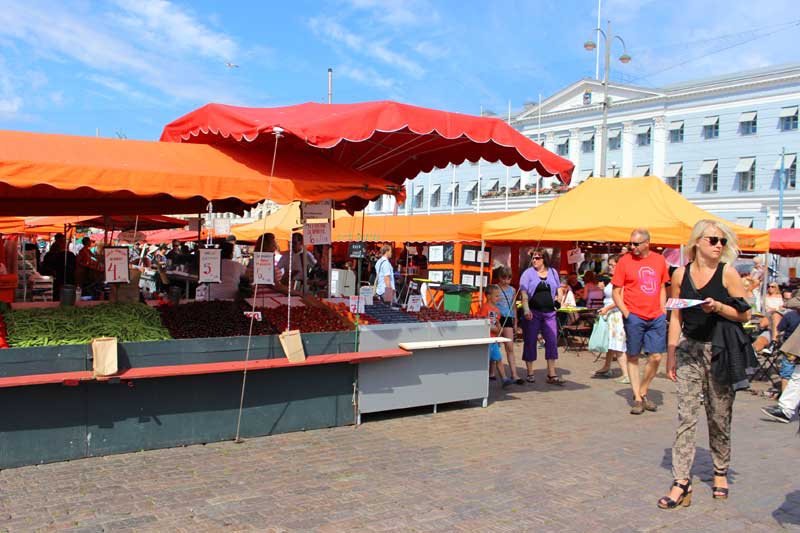 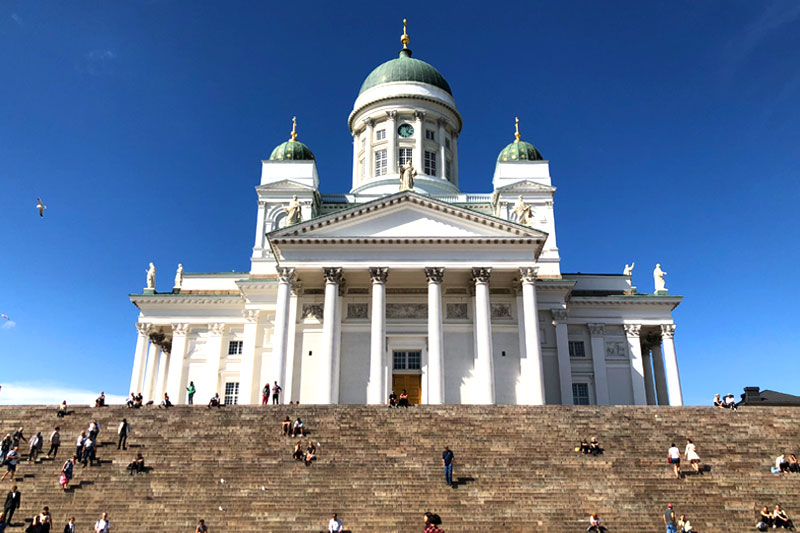 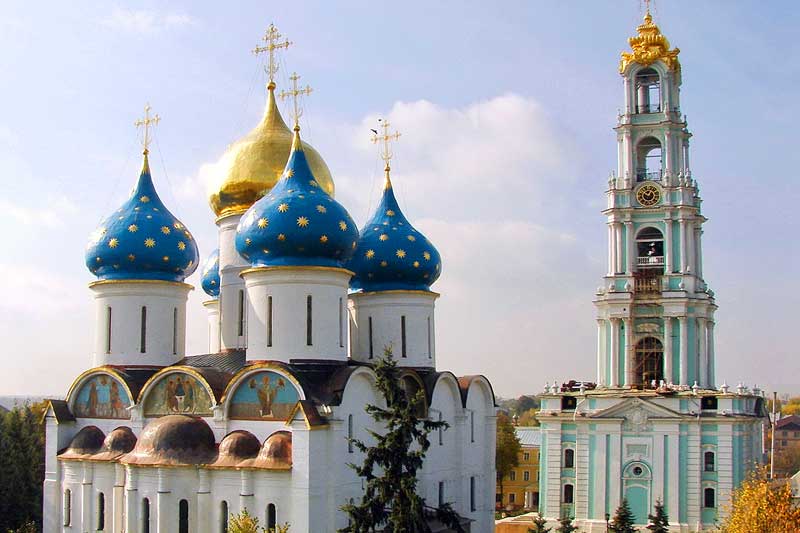 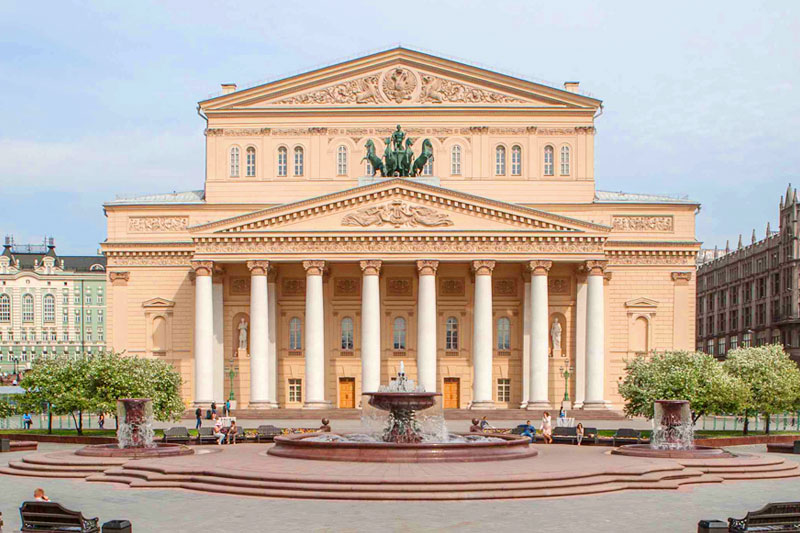 Please note! Regular Departure Transfer Services included in the program are only available for transfer to Moscow Airport and only on the official end date of tour. The transfers are escorted by an English-speaking representative.