Arrival at Athens International Airport, meet and greet with our English-speaking assistant and transfer to your hotel for check in. Remaining of your day at leisure for your first taste of Athens. Discover Plaka, the oldest district of Athens, located under the Acropolis, the only district a visitor may see the Greek capital as it was 100 years ago or enjoy your shopping at Ermou, Kolonaki and Voukourestiou streets.Overnight stay at 3* or 4 or 5* star hotels in Athens on BB basis.

After breakfast at the hotel you depart for Athens City Tour.
This tour gives you an opportunity to observe the striking contrasts that make Athens such a fascinating city. Our expert guides will take you to see the Panathinaic Stadium where the first Olympic Games of modern times were held in 1896 (short stop). Continue with a panoramic drive passing by the Roman Temple of Olympian Zeus, the Hadrian’s Arch, St.Paul’ s church, Zappion Hall, the Parliament (ex. Royal Palace) and the Tomb of the Unknown Soldier, Schliemann’ s house, Catholic Cathedral, the Academy, the University, the National Library and the Constitution Square (Syntagma). Later, we will make our way to the Acropolis, an UNESCO’ S world heritage monument to visit the Architectural Masterpieces of the Golden Age of Athens: The Propylaea, the Temple of Athena Nike, the Erechtheion with its porch of Maidens and finally “the harmony between material and spirit”, the monument that “puts order in the mind”, the famous Parthenon.Continue with a pleasant short walk passing by Herodion and Dionysus Theater and visit a modern architectural
building, the place where at last the statues found their home and admire the wonders of the classical era: The new Acropolis Museum. Overnight stay at hotel in Athens on BB basis

After breakfast drive through the fertile plain of Boeotia, crossing the towns of Thebes connected with the tragedy of King Oedipus – Livadia and Arachova (short stop on the way back). Arrive at Delphi, the center of Ancient world – the ‘’Omphalos’’ (Navel of Earth). On the slopes of mount Parnassus, in a landscape of unparalleled beauty and majesty, lie the ruins of the Sanctuary of Apollo Pythios. Visit the Treasury of the Athenians and the Temple of Apollo. Lunch In the modern village of Delphi, return to Athens by the same route.Overnight stay at hotel in Athens on BB basis.

After breakfast our first stop is the picturesque island of Hydra. Here you have free time for a walk or a swim. Embarkation and sail for Poros, separated from the Peloponnese by a narrow strait and offering a most enchanting view of Poros town. The lunch will be served during the voyage. Time will flow quickly… And after a 2 hour trip we shall arrive to our last port of call, the island of Aigina. Optional excursion to the fine preserved Temple of Aphaia Athena.Overnight stay at hotel in Athens on BB basis.

After breakfast morning you at your disposal in the.morning
In the afternoon pick up from your hotel and drive along the coastal road, passing the wonderful beaches of Glyfada, Vouliagmeni & Varkiza to the most Southern point of Attica, Cape Sounion, where the white marble pillars of the Temple of Poseidon stand. On the way, you have a splendid view of the Saronic Gulf and the little islands offshore. After visiting the Temple of Poseidon, you have time to walk at leisure on the rocky promontory of Sounion.Overnight stay at hotel in Athens on BB basis.

After breakfast drive towards the Corinth Canal, which connect the Aegean Sea with the Ionian Sea. The current 6.4-kilometer channel and only 21 m wide created about 100 years ago, but the mention of the idea of its construction dates back to the times before our era. Free time for commemorative photos. Visit Ancient Corinth, founded by the mythological Sisiphus according to a legend. At the end of the second Century B.C., Corinth was conquered by the Romans. In the archaeological excavations you can admire the Agora of Rome, the Greek Temple of Apollo
and the fountain of Pejrene. Drive through Argolida to EPIDAUROS. Sightseeing: the largest preserved ancient
amphitheater and the sacred circle of the medicine god Asklepios, inscribed on the UNESCO list. Transfer to
NAFPLION. Walk through the charming, romantic Venetian town, the former capital of Greece, dominated by he hilltop fortress of Palamidi. Transfer to MYKENES, where tombs full of golden treasures were discovers in the 9th century, the most famous of which is the so-called Agamemnon’s mask. Visit the ancient Mycenaean citadel with the Lion Gate, the Royal Palace, the Treasury of Atreides. The archeological stan in Mycenae was entered on the UNESCO list.Overnight stay at hotel in Athens on BB basis.

Just relax and enjoy the whole day at your disposal.Late in the afternoon pick up from your hotel at the indicated time and transfer to Plaka area the old city of Athens to enjoy dinner in a traditional Greek restaurant with delicious Greek cuisine and Greek dances.Guests will have the opportunity to leave a night like Greek do and dancing under the rhythm of Zorbas the
Greek. Return to your hotel at about 00.00 hrs for Overnight stay at hotel in Athens on BB basis.

After breakfast, depart at indicated time for Athens International Airport and your departure flight or departure to the port 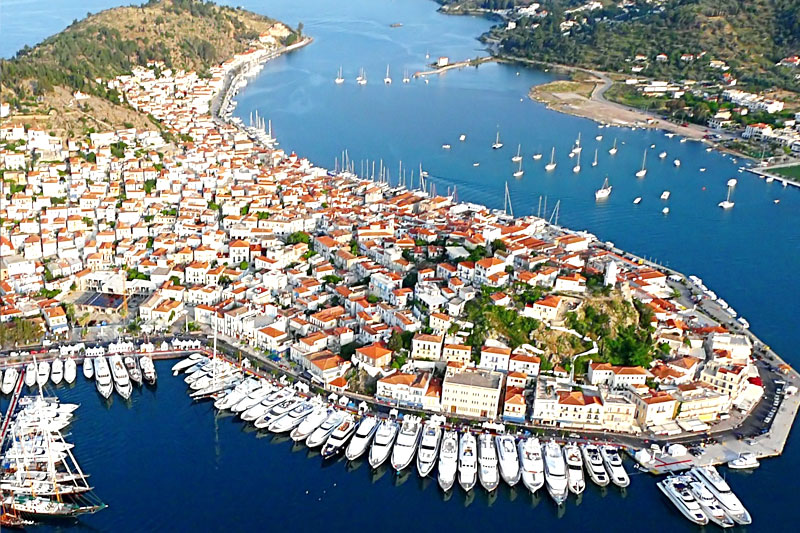 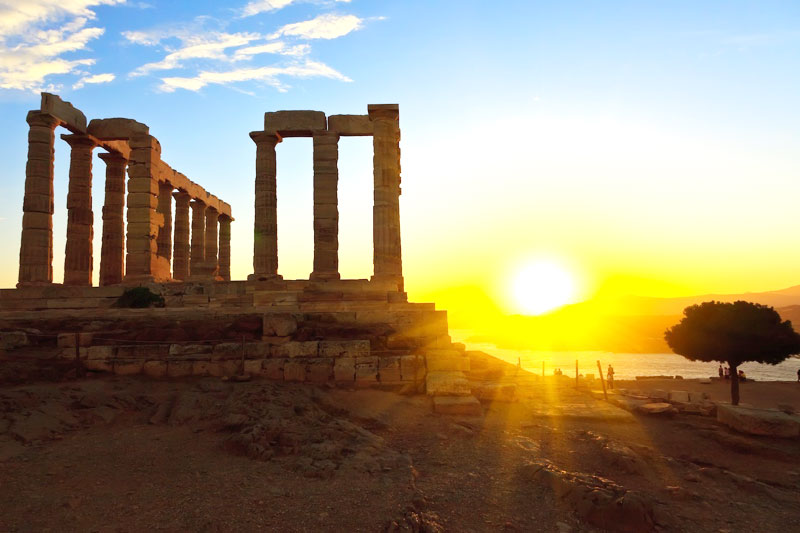 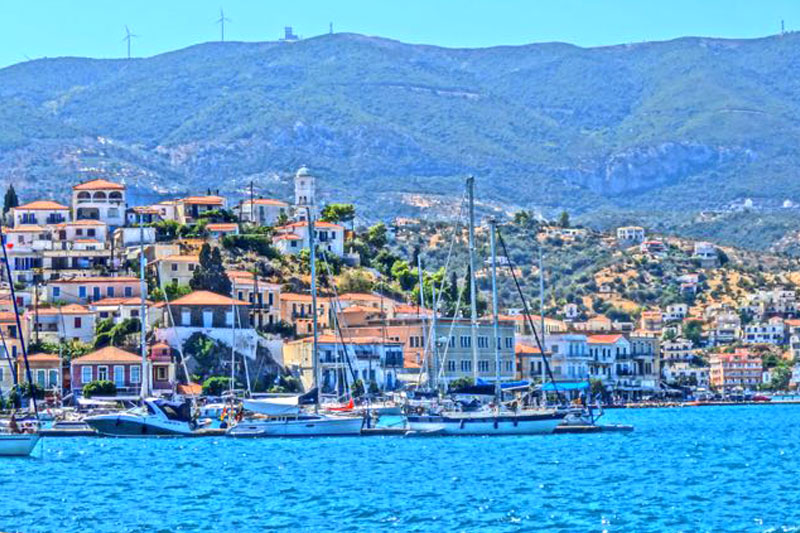 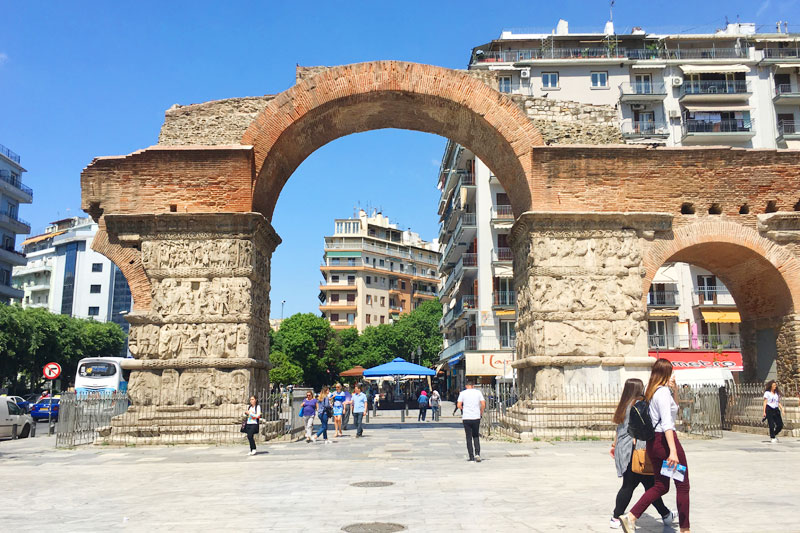 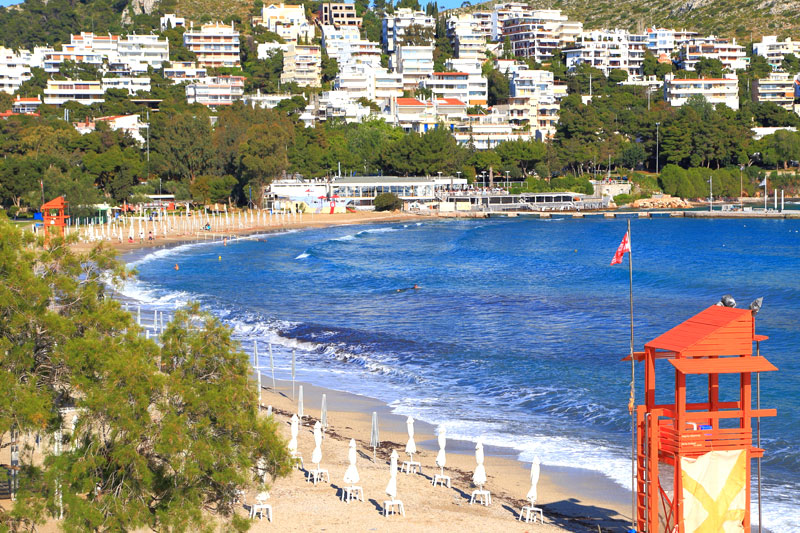 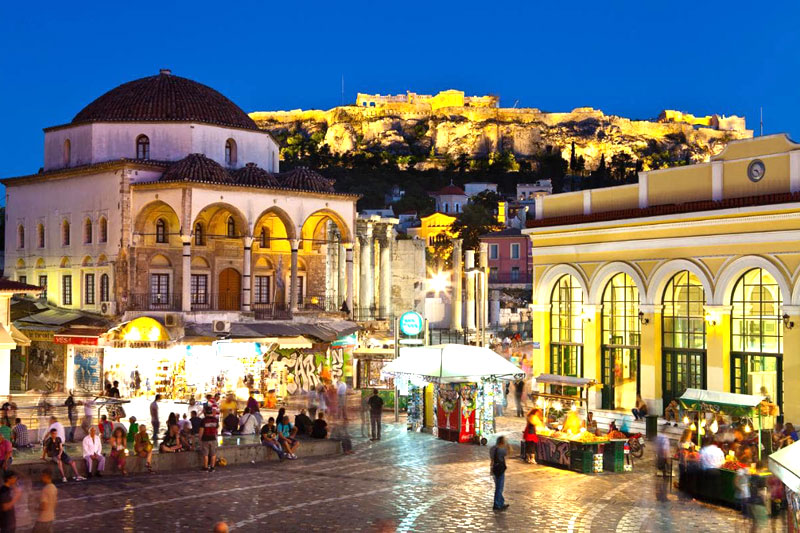 International / Domestic Airfare
Optional activities
.eals, drinks, tips and other personal expenses or services not specified on the program
Personal equipment
Travel insurance
Gratuities
Voluntary tips for guides or drivers
Travel and medical insurance
Entrance Fees to Archeological sites & museums
Personal expenses
Taxes
Everything that not mentioned in above program

Important note:
In case of increase of the entrance fees the rates of the excursions and the package will change.