Welcome to Venice! You will be met at the airport and transferred
to your hotel. Then the day is at leisure to get settled in or begin
exploring. Later, gather for a Welcome Dinner with your traveling
companions. (D)

We begin our exploration of Venice at St. Mark’s Square with a walking
tour which includes visits to the St. Mark’s Basilica and the Doge’s
Palace. We take in the amazing views of the Bell Tower and the
Bridge of Sighs. We also take a boat ride to Murano Island, famous
for its artistic glassware. Visit a glassblowing factory, where you will
watch a demonstration of traditional Venetian glassblowing by master
craftsmen. The balance of the day is at leisure to enjoy Venice on your
own or join an optional Gondola serenade with Aperol spritz Venetian
style drink. (B)

In the morning drive across the border into Slovenia with a stop at
Postojna Cave, one of the largest caves in Europe. Tour this fantastic
subterranean world by miniature electric train. Afterward, continue to
Bled, beautifully set in the Julian Alps. (B, D)

An Alpine lake surrounded by high peaks, Bled was “discovered” by
travelers in the middle of the 19th century. Since then, a small town of
hotels, villas, and restaurants has developed around the lake, turning
Bled into a lively, all-seasons resort. A sightseeing tour features the
charming town and the lakeshore and visit to imposing Bled Castle,
perched on a cliff high above the lake. Continue to the small island in
the middle of the lake Bled with Pletna boat. Afternoon free or join
optional tour dinner at a country inn and live music. (B)

Leave the mountains and head to Ljubljana, the capital of Slovenia.
See the most significant sights of the old city center on a walking tour.
Highlights include the picturesque open-air Central Market, the Three
Bridges, Baroque Town Hall, and Robba’s Fountain. Then, continue to
Zagreb, Croatia’s capital city. (B, D)

This morning enjoy a city tour featuring the historic Upper Town, St.
Mark’s Church, St. Catherine’s Church, the Cathedral, Parliament and
Government Palace. The rest of the day is at leisure to explore the
winding streets of the old town or take an optional excursion to see
the countryside. (B)

Travel to the spectacular Plitvice Lakes National Park. Have your camera
ready as you take a walking tour around several of the lower lakes.
Enjoy the breathtaking scenery of this natural wonder of 16 terraced
lakes surrounded by thickly wooded mountains and lush vegetation. The rest of the day is at leisure to explore more on your own. Later,
gather for a dinner served at our hotel and overnight. (B, D)

Day 8, to Trogir and Split, Tuesday

After breakfast, head to Trogir, the center of artistic activities. Scholars
from around the world gather here to study and paint. Continue
traveling along the spectacular Adriatic coast, passing by old fishing
villages and new resorts, to the city of Split. A city tour featuring the
historic inner city, built around the Roman Emperor Diocletian’s Palace,
a UNESCO World Cultural Heritage site. Finally, see the remnants of
Split’s Roman heritage, its Renaissance and Gothic structures, Jupiter’s
Temple, the Peristyle and the Cathedral. The remainder of the day is at
leisure. (B)

or you can join an optional tour to Hvar Island: We board
the ferry in Split and set sail for Hvar. The town of Hvar has a unique
cultural and historical heritage, plus a centuries-old tradition in
tourism. A walking tour includes views of the 17th-century theatre, the
13th century Arsenal, and the central town square with the Cathedral.
You will visit the Franciscan Monastery, famous for its collection of old
art masters, including “Ingoli´s Last Supper˝. Afterward, we travel to
Stari Grad for some wine tasting. A ferry returns us to Split. (B)

Finally, travel to Dubrovnik, with its picturesque setting on the
stunning Adriatic coast. A walking tour shows you the highlights of
Old Dubrovnik. See the Rector’s Palace, Bell Tower Clock, Orlando’s
Column and Sponza Palace. Then it’s on to see the Dominican
Monastery and Franciscan Monastery with its Pharmacy, one of the
oldest in the world. The rest of the day is at leisure to explore on your
own, shop, stroll along the water’s edge, or simply relax and delight in
your superbly scenic surroundings. (B, L)

or you can join an optional tour to Montenegro
Travel to the Republic of Montenegro. Head to the mouth of the
beautiful Bay of Kotor, the longest and deepest fjord in Southern
Europe. Enjoy a boat ride to Our Lady of the Rocks, one of two islets
off the coast of Perast. The Roman Catholic Church is the largest
building on the islet, with a museum attached to it. Upon return to
the coast, we will stop in Perast, an old charming coastal town. Visit
the city of Kotor before returning to Dubrovnik.

Later, gather for a Farewell Dinner. (B, D) 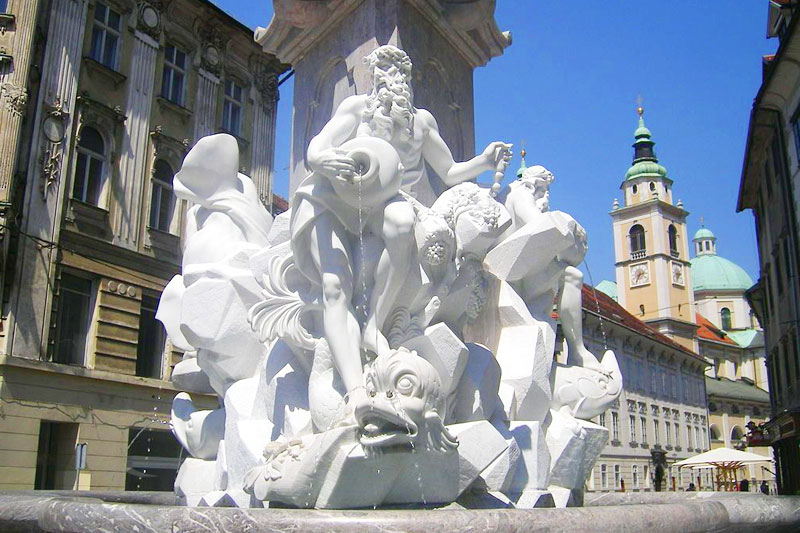 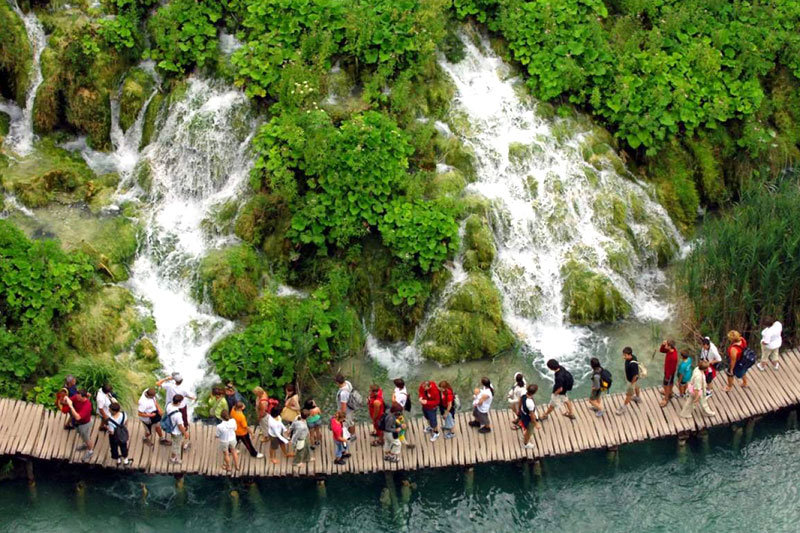 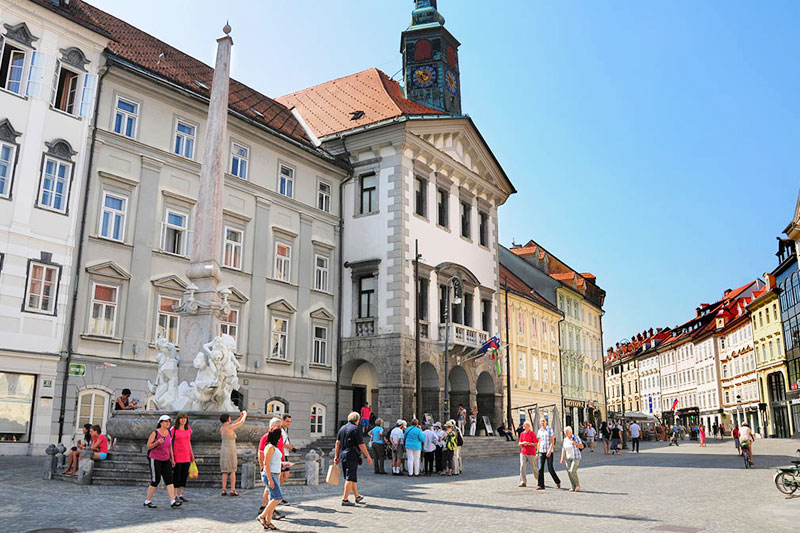 Meals: breakfast daily (B) and 5 dinners (D) including a special Welcome Dinner in Dubrovnik

Inside visits: as shown in bold in the itinerary including admission charges where applicable

International Airfares
Optional activities
Other meals, drinks, tips and other personal expenses or services not specified on the program
Personal equipment
Travel insurance
Gratuities
Voluntary tips for guides or drivers
Travel and medical insurance
Any items not mentioned as included

Sv.Jakov /St.James/ beach in Dubrovnik is one of the most beautiful beaches in this area. Most attractive pictures of the Old City were taken from there. To get there it will be a special treat. You will board a motorboat that will take you around the Old City walls to St. Jakov Beach, where you will enjoy a dinner with excellent Dalmatian wine.

When the dinner is over the boat will bring you to the Old City Port. Between there and Pile Gate where the bus will be waiting for you, you will be able to enjoy Dubrovnik by night.

Bled, with its surroundings of natural beauty, is a jewel among the Alpine resorts. You will take a ride on a unique small rowing boat called “Pletna” to the scenic island in the middle of the lake. After disembarking the boat, visit the island’s old church housing an impressive art collection. You’ll have some free time to enjoy the magnificent views of the island. Later, the boat will bring you back ashore and you will continue by motorcoach to another Alpine lake resort – Bohinj, beautifully incorporated amidst the dense woods and spectacular mountains. The journey will take you through some very old typical Slovenian villages with gorgeous landscapes. Your excursion will end later in the afternoon.

(If during winter months operation of boat Plenta would not be possible due to weather conditions, we will replace it with coffee and traditional cake Kremsnita).

BLED / TOUR OF RADOVLJICA WITH DINNER

This evening visit the little medieval town of Radovljica and take a short walk through its old section. Then, stop at a popular and warm country inn “Kunstelj” known for its family hospitality and excellent Slovenian cuisine since 1873. Upon arrival visit their wine cellar and taste some of the  Premium Slovenian wines. Your dinner will include a selection of traditional dishes prepared according to old Slovenian recipes, while folklore performers will show you some of the local Slovenian dances.

A short yet scenic drive takes us to Kumrovec, situated on the bank of the river Sutla, along the Croatian-Slovenian border. Kumrovec’ fame is that it was a birthplace of the late Marshal Tito; the president of former Yugoslavia, whose house has been turned into a museum. Today, the major attraction of Kumrovec is the Ethnological Museum Staro Selo (Old Village) with very well-preserved village houses from the turn of the 19th – 20th century. So far 40-odd houses and other farm-stead facilities have been restored, which makes Staro Selo the most attractive place of this kind in Croatia. Later, we follow a winding road through the Zagorje Hills. An early dinner of genuine local specialties and wine is served at the restaurant/farm Gresna Gorica (The Hill of Sin) with magnificent views of the 15th-century castle Veliki Tabor.