A transportation service with a guide will pick you up from the airport at the established time and will transfer you to your hotel. Lima is a modern metropolis full of history, whith approximately ten million inhabitants and is going through an exciting process of cultural and economic changes. Rest of the day at leisure. Overnight stay at selected hotel in Lima.

After breakfast Explore Lima´s old town, a UNESCO World Heritage Site packed with fascinating historic buildings. Start with a scenic tour in the colonial downtown, which radiates from the Main Square, where you can appreciate the grandiose architecture of the Spanish Empire. Be amazed by Lima´s Cathedral, built during the 16th century and took over 80 years to complete. Then visit the Casa Aliaga, a colonial mansion granted in 1535 by chief conquistador Francisco Pizarro to Jerónimo de Aliaga, one of his captains. This is the only house from that time that still belongs to the same family after all these centuries. Continue to the Larco Museum, located in the traditional Pueblo Libre district, which is housed in a beautifully restored viceregal mansion built on a pre-Columbian pyramid from the VII century. The museum boasts the most complete pre-Hispanic collection of gold and silver objects, as well as pieces of erotic art. Finally, head to the "Love Park" in the scenic coastal district of Miraflores, where you can admire the cliffs and a spectacular view of the Pacific Ocean. Return to your hotel. Private transportation service will pick you up from your hotel at the established time and will transfer you to the airport of Lima- only with driver. Fly to Cusco. Private transportation service will wait for your arrival at the Cusco Airport and transfer you to your hotel in Sacred Valley. Overnight stay at selected hotel in Sacred Valley.

The Sacred Valley of the Incas welcomes us every day. On the way we will stop at Awanacancha, a place where we will be able to see and feed Andean camelids such as llamas and alpacas, and where the locals will show us their traditional weaving and dyeing techniques. We will then reach the traditional Pisac Market, where we will have free time to tour it and by handicrafts. If you want to taste something traditional, go to the wood ovens and try the bread and empanadas. We will have lunch in a local restaurant. In the afternoon, we will head for Ollantaytambo, a picturesque town which has been inhabited non-stop since the Inca times, where we will visit the temple with the same name, used as a fortress during the Inca resistance and where we will be able to get collection snapshots. Return to the hotel. Lunch included. Overnight at selected hotel in Sacred Valley.

Early in the morning, transfer to the Ollantaytambo station. From where we will depart by train to visit one of the New 7 Wonders of the World. We arrive at the Aguas Calientes station where our staff will assist us on boarding the bus to go up the winding road to Machu Picchu, amid a spectacular view of the Urubamba River and its canyon. The Lost City of the Incas, Machu Picchu, will astonish us with its terraces, ceremonial shrines, steps and urban areas. Energy is all around us. fter visit we will back to Aguas Calientes and take a lunch at a local restaurant. At the coordinated time, we will return by train, and from train station we will be transferred to the hotel in Cusco. Overnight at selected hotel in Cusco.

Morning free. In the afternoon we will go up to the Archeological Park of Sacsayhuaman. Our excursion starts visiting the magnificent fortress, a beautiful place that radiates peace and quiet. We will be able to admire the rocks measuring up to 4 meters high that were used in its construction. Then, we will continue to Q’enqo, and ancient temple of the cougar, that has inside an altar for sacrifices in the inner part of the rock. Tambomachay, the sacred fountains of life and health. On the way we will have a panoramic view from Puca Pucara, a watch tower that controlled the entrance to the city. After that, we will visit the Temple of the Sun “Korikancha”, on top of which the Santo Domingo Convent was built. A legend tells that his temple was entirely lined in gold sheets that marveled the Conquistadors upon their arrival. Finally, we will end our tour visiting the Cathedral, located in front of the main square, and keeps colonial invaluable paintings and other works of religious art such as the Cross that arrived with the first conquerors. Return to the hotel. Overnight at selected hotel in Cusco.

Early in the morning transfer to the bus station. Departure on a tour bus to Puno. On the way we’ll stop to visit the attractions this beautiful route has to offer. The first stop: Andahuaylillas, for a visit to its beautiful chapel, then its Racchi, Temple of the Wiracocha God where the walls and narrow streets stand out. Then it’s lunch time and the opportunity to see the view at La Raya, natural border between Cusco and Puno. Before our destination we will visit the in site Pucara Museum and a chance to get one of the local classic bull shaped ceramics. We will arrive in Puno at the end of the afternoon. Meet and greet, transfer to your hotel. Overnight at selected hotel in Puno.

Overland journey from Puno to Copacabana, located at the shores of Lake Titicaca. Once in Copacabana, visit the shrine and the Dark Indian Virgin. Hydrofoil cruise to Moon Island, visit the Sun Virgins Temple “Iñak Uyu”. Continue to Sun Island. Visit the Inca “Grand Stairs” and the Sacred Fountain; taste the water believed to give eternal youth and happiness. Lunch at the Uma Kollu archaeological Restaurant; Visit the small handicraft market. Hydrofoil cruise back to Copacabana and overland journey to Huatajata. On arrival, visit the Andean Roots Eco Village: The Altiplano Museum; Handicrafts village, the Mud Igloos and the mortuary towers of the Urus Chipayas. Meet the Limachi family, builders of the RA II and Tigris for epic expeditions across the Atlantic Ocean. Enjoy our elegant vicuñas, llamas, alpacas and the mythical Suri.
Audiovisual and night experience of "The Mystic World of the Kallawayas", natural healers of Bolivia. They believe that you first have to heal the soul in order to heal your body. Tata Benjo, -our Kallawaya- will bless visitors and answer questions by casting his sacred coca leaves. Enjoy a nocturnal visit to the Native Observatory Alajpacha. Learn from the Aymaras Cosmovision and watch the southern constellations. Overnight at the Inca Utama Hotel & Cultural Complex.

OPTIONAL TOUR: TOUR AT THE ARCHEOLOGICAL RUINS OF TIWANACU
Half day tour to the Archaeological site of Tiwanaku - AM
Tiwanaku culture (1.580 BC-1.000 AD), the magnificent ruins of Bolivia and one of the oldest civilizations in the Americas. The Sun Gate, the Temple of Kalasasaya and the Pyramid of Akapana are the sample of a glorious past. Tiwanaku culture was an agrarian based economy with an estimated population of 115.000 inhabitants. The state controlled agriculture produced the surplus wealth to support the urban centre and administrative system. They were outstanding in agriculture, hydraulic, architecture & medicine, as well as in social organization. Due to an economic crisis caused by a long dry season, Tiwanaku collapsed around 1.000 AD.

P.M. Half day City Tour of La Paz and Moon Valley
The City of La Paz and its surroundings can transport you to a mysterious past where any corner, any street, is a hidden treasure where adventure begins; a living history which treasures the pre-Hispanic times with all their traditions and magic rites on its streets. The indigenous, colonial and modern areas, Indian Market, Witch Doctor's Market & breathtaking panoramas are all framed by the majestic "Illimani" mountain. Visit the Moon Valley, a clay formation resembling the face of the Moon. Cable car ride from one point of the city to another and enjoy the view.
Overnight at selected hotel in La Paz city.

After breakfast .Transfer from the hotel to the airport in La Paz.
Included: Transportation, bilingual guide, assistance on departure and porterage at the airport.

After breakfast . Transfer from the hotel to the airport in La Paz.
Included: Transportation, bilingual guide, assistance on departure and porterage at the airport.Fly to Uyuni. Breakfast upon arrival.
Start an excursion to the Salt Lake and Isla Pescado. Uyuni is the largest salt flat on Earth, located on the Bolivian Andean Altiplano with over 10.000 square Km; the Bolivian Andes offer stunning sceneries which can be hardly matched. The sound of silence makes the heart beats faster and the surreal pentagons of crystalline salt, the pure sky, the cacti and sometimes even the flamingos, certainly makes you feel that there is no other place like this in the whole world. Visit “Isla Incawasi”, an oasis with formations of algae and fossils. It is covered by thousands of giant columnar cacti, which can be more than a hundred years old, growing to a height of over 12 mtrs. The landscape against the background of the salt pans extending to the horizon makes it an ideal place for photography hunters. Return to your hotel. Overnight stay at selected hotel.

After breakfast .Transfer to the airport for the flight back to La Paz. Upon arrival transfer to your hotel. OPTIONAL TOUR: SHOPPING

In the afternoon take part of a tour through the shopping paradise of La Paz, where you find great bargains of Haute Couture, leather and alpaca wool wear as well as silver jewelry among others.Overnight stay at selected hotel in La Paz

After breakfast .Transfer from the hotel to the airport in La Paz.
Included: Transportation, bilingual guide, assistance on departure and porterage at the airport. 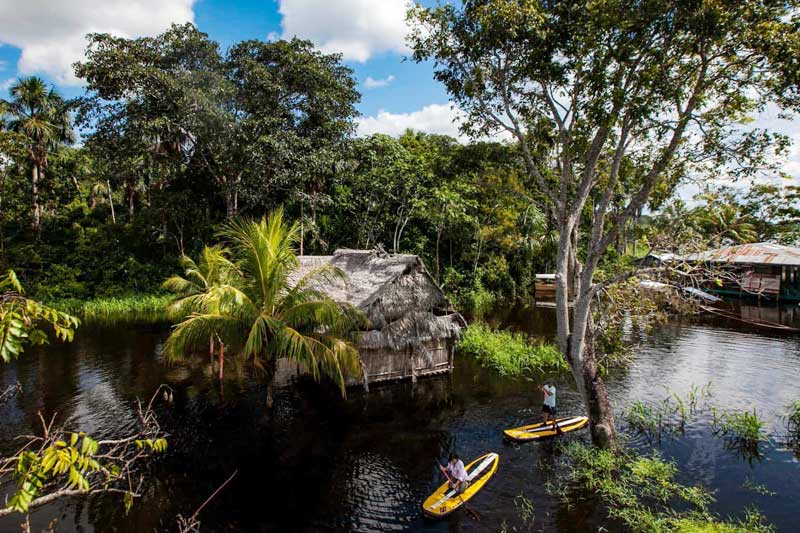 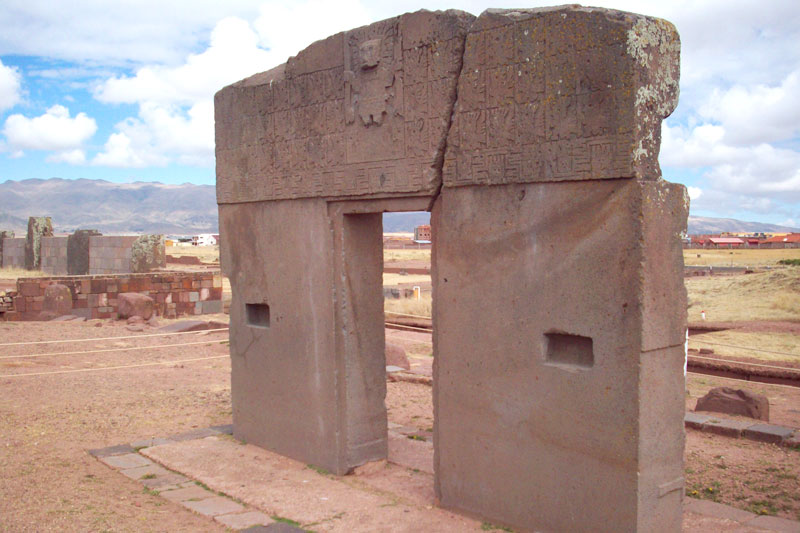 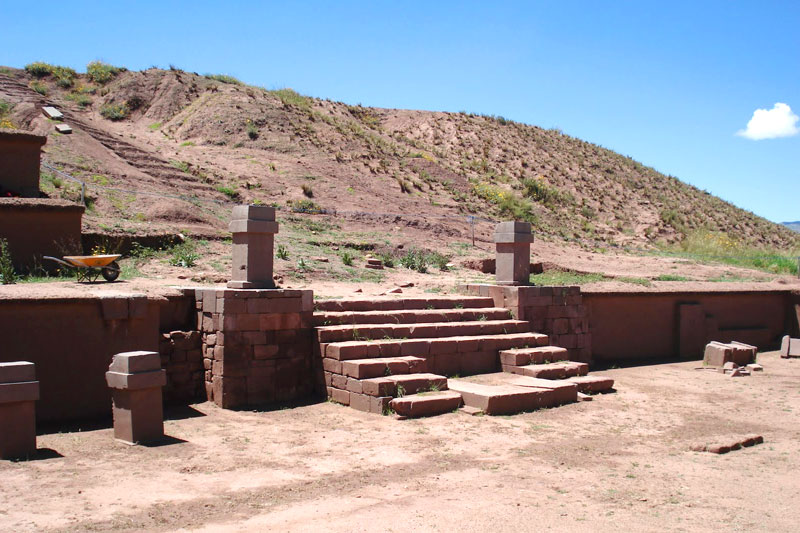 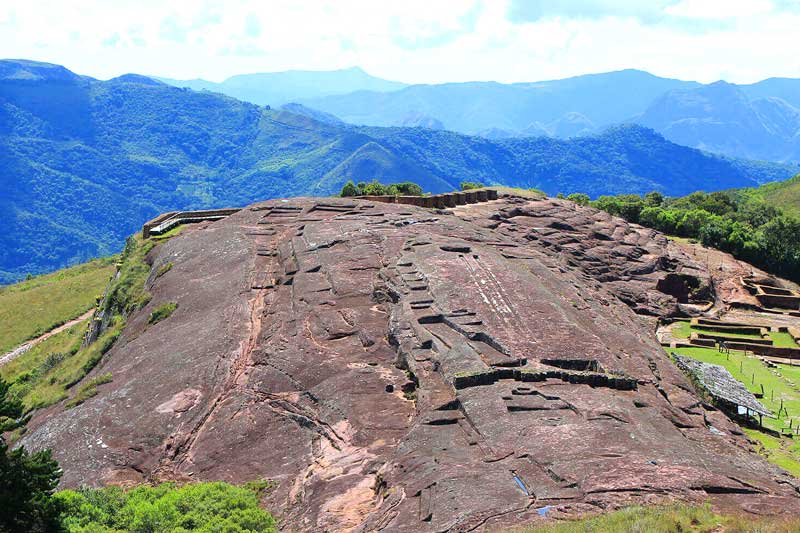 Optionals at an additional costs on request.

* Kindly note air flight prices are subject to changes until tickets are issued.