From Kigali, depart by private 4X4 Land cruiser to the Musanze, with scenic drive showcasing the magnificent views of the Volcanoes National Park and the terraced hills of Rwanda Welcome to the Volcanoes national Park!.Situated in the far northwest corner of Rwanda, Volcanoes National Park (Parc National des Volcans) protects the steep rainforested slopes of the magnificent Virungas mountain range.Rare mountain gorillas and golden monkeys reside on the slopes of Rwanda’s Virungas, just a three hour drive from Kigali International Airport. The lush slopes of these volcanoes provide a dramatic natural setting for one of the most thrilling and memorable wildlife experiences – seeing the mountain gorilla in its natural habitat. Roughly half of the world’s wild population of mountain gorillas is resident on the Rwandan slopes of the Virungas Lunch at the lodge .After lunch, you will transfer for a special experience at the Iby'iwacu Cultural Village /Gorilla Guardians Cultural Village in Kinigi, Musanze to learn more about the culture of Rwanda and its people through cultural and traditional performances from the natives and some who were formerly staying in Volcanoes park but rehabilitated through this project.Return to the lodge

Breakfast at the lodge.07:30 Meet at the ORTPN Office for registration and briefing thereafter drive to the Volcanoes National Park for the Golden Monkeys trek. Golden monkeys are one of the rarest primates in Africa. It is now believed that the only feasible population of these monkeys is left in the Virunga Volcanoes National park and Mgahinga National Park in Uganda. A smaller population may continue living in the Nyungwe Forest National Park in Southern Rwanda but this has yet to be confirmed. The golden monkey is a disparate species of guenon – Cercopithecus Kandti and is ubiquitous to the Albertine Rift. You will spend an hour watching them in their stunning natural setting as they climb trees, feed on bamboo shoots, and play happily in front of you and the entire trek takes between 3 to 4 hours. Later, return to your lodge for Lunch .Rest of the afternoon at leisure OR you can opt for a visit to Explore the Twin lakes of Bulera and Ruhonda located about 40 Minutes’ drive from the lodge near the Boarder of Uganda and Rwanda. These are beautiful lakes created as result of volcanic activities and are good for scenic viewing and bird watching and this can take 1 hour before you return back to your lodge.Dinner at the lodge

Volcanoes National Park was the pedestal for the famous naturalist Dian Fossey who carried out her research into the gorillas. She arrived in 1967 and established the Karisoke Research Centre between Karisimbi and Visoke. Since then, she spent most of her time in the park. She is significantly credited for saving the gorillas from extinction by passing on their quandary to the notice of the international community. Dian Fossey’s vitality research was later revealed in the movie Gorillas in the Mist, marked after her memoirs. She was buried in the volcanoes National park in a grave close to her research center amongst the gorillas which became her life

After your hike around 11.30am, you will transfer back to your lodge for Lunch.

After lunch, transfer back to Kigali.

The three-hour overland journey travels down from the base of the awesome Virunga volcanoes through to the beautiful terraced hillsides that characterize much of Rwanda’s landscape.

Arrival in Kigali, depending on your outbound flight time, you will privately transfer with your driver/guide to the Kigali Airport in time for check in for your flight to your next destination or for an overnight stay in Kigali 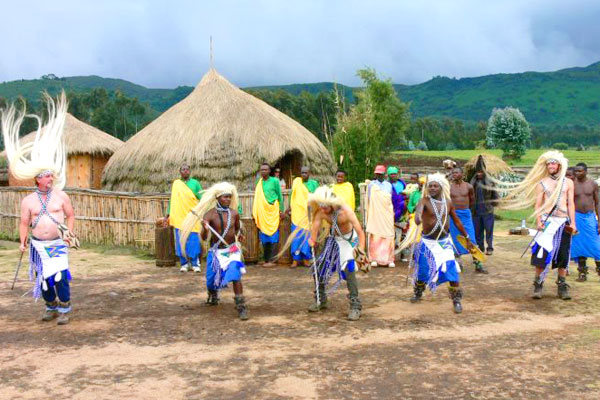 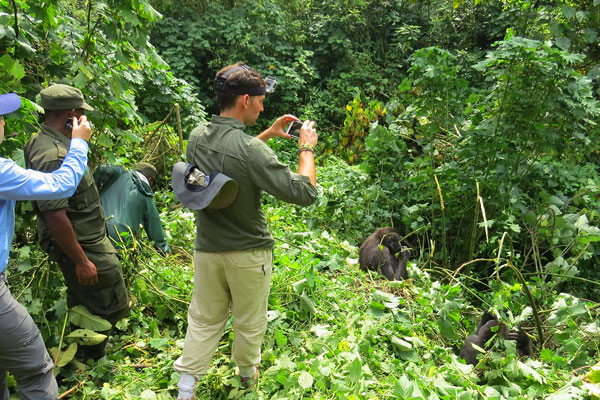 Optionals on request at additional costs.